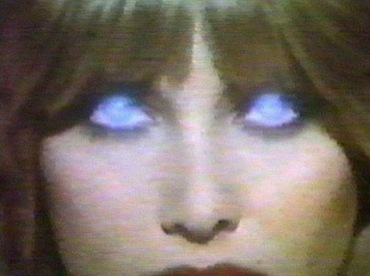 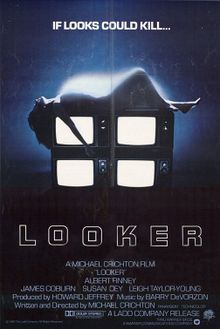 Maybe I'm feeling guilty about panning one of my favorite guilty pleasures (Brian De Palma) for his latest movie, but I've been thinking about perhaps my all-time greatest guilty pleasure, a movie he didn't direct—but may as well have: Looker. The writer who mentioned the idea that we're all slaves to the music and films and, in general, the pop culture that we're exposed to up until about our twenties was on to something. Isn't this why every generation pines for what happened 20 years earlier? It can't be that the artistic and resonant content of the ’70s was superior to that of the ’60s, and yet all you fortysomethings probably feel that way. The thirtysomethings think the ’80s hung the moon. They didn't. But for us, they did. 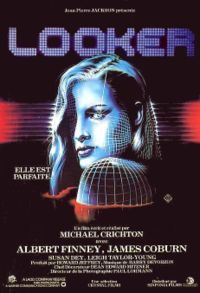 I think one of the reasons I am somewhat more tolerant of cheesy sci-fi and horror movies today is thanks to my early exposure to several examples of that genre in my teens. They were impossible to avoid because they were aired ad nauseum on baby cable channels like Marquee (anyone remember it?) and HBO. Saturn 3, Sunburn, Time After Time, Outland, The Eyes Of Laura Mars (even better than Mommie Dearest)...and Looker. This 1981 flick was written and directed by Michael Crichton, whose work didn't do anything for me before or after. But I think the best worst movies are written and directed by the same person—it's kind of like genetic codes, how the craziest attributes can pop up when the parents share the exact same elusive traits. Camp is a recessive gene. 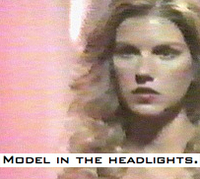 In Looker, Albert Finney plays a frazzled plastic surgeon, the very picture of an overripe, post-’70s key-swapper—he's even got the right name: Dr. Larry Roberts. Models are coming to him requesting practically microscopic "improvements" to their already lovely bodies and faces. Flawless? Only on the surface. The changes to their flawful selves are imperceptible to the naked eye, but have been carefully calibrated by a mysterious Big Bad Corporation called Digital Matrix in order to engage people optically at a level never before achieved. Is it any surprise that the evil-doers are working in advertising?

Models come and models go—in fact, more than one of his patients turns up dead. When the fetching Cindy (Susan Dey in a performance that wavers between hypnotic and somnambulant) seeks Dr. Larry's help, they embark on a private campaign to discover the truth, putting themselves at great risk and dodging a spooky optical gun that paralyzes its victims, causing them to lose time—and often their lives.

All about models, Looker—not coincidentally close to "Hooker" and a very dated term even in 1981—takes perverse pleasure in parading half- or undressed babes before the camera, only to cruelly snuff them out. One model takes a bizarrely beautiful dive over a balcony after being stunned and twisted in her own drapes. She doesn't fall, cue screams as camera lingers on night air—she falls and the camera lustfully follows her descent, capturing her sickening head-over-heels impact on the roof of a car. Is it because so often cars are sold with nubile bodies stretched atop them? 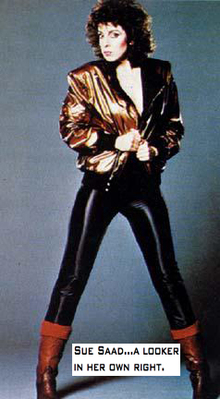 A lot of people don't care for Looker. I don't blame them. I love the achingly blunt theme song, long the subject of frustrated movie-soundtrack collectors' newsgroups, by Sue Saad. "She's a looker...with a beautiful face...she's got it all, yeah, she's got it made." (Ending with "always on displaaay..." it was remade winningly by Kim Carnes on her thematically similar Voyeur album.) I love one quintessentially ’80s model who poses with her feathery hair early on because when I saw it, when I was very young, I was living vicariously through her amoralilty—sexual, desired, willing to do whatever for money, willing to go under the knife for it. I love it for the high-concept lunacy that an ad firm would ever get away with forcing models to get surgery that has no noticeable results except their eventual murder. I love seeing Susan Dey get naked and scanned head to toe. I love the wild concept that models could be digitally recorded and never need to work again, because commercials could be made with computerized facsimiles. 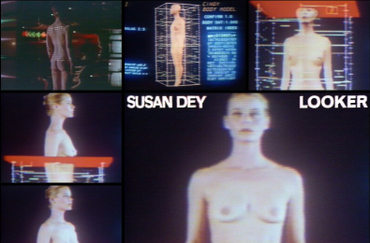 At the time Looker was tanking at the box office, this last idea was farfetched. Many negative takes on the movie revolve around the stupidity of that concept. But even by the time the film saw its first VHS video release in 1982, the sleeve quoted Crichton as saying, "That's what we thought. Then we found a company in Texas that is doing just that. The difference is that their computer models are not nearly as animated as ours. But how long before they catch up to our movie?" Seen the new Gap commercials? Audrey Hepburn is shown in a famous scene from Funny Face before dancing into an all-new ad for Gap's skinny black pant. She's dancing to AC/DC's "Back In Black." Everyone signed off on this disturbing(ly creative?) "Keep It Simple" campaign—Gap is making, by their own estimation, a "generous" donation to Audrey Hepburn's Children's Fund. I'm sure the kids will love their new...soy?...but I don't recall Audrey Hepburn doing too many ads while she was alive. The one I do recall was Blackglama, a far cry from The Gap. Was she too elitist or too sincere to be The Gap's spokesperson? Argue it. But one thing you can't argue is that she's been dead for 13 and a half years, so any pant she'd be wearing would be a really, really skinny pant. Seriously, though, she didn't consent to be in the ad, and it feels like there should be more to consider in these things than paying the guardians of a person's literal image.

Now that one of the most laughable elements of Looker is definitely doable, it's probably time to watch it again—maybe the optical stun-gun is coming to Target next. Luckily, timing as perfect as an eyejob on a perfect 10, Looker is being released on DVD for the first time on January 30, 2007. 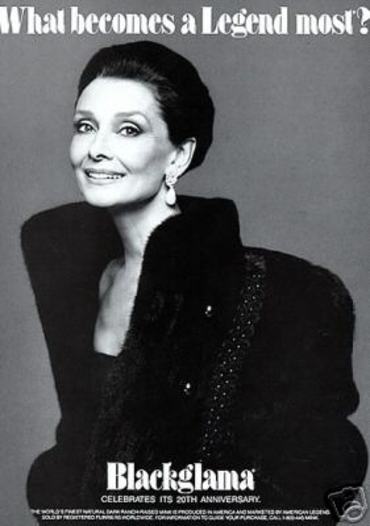