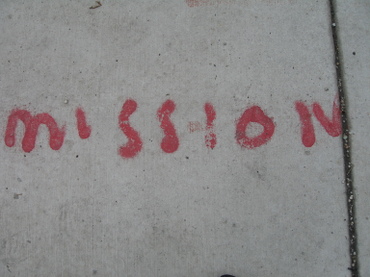 For the past year or so I’ve found myself puzzling out death, trying to picture what will happen. What I’ve come up with instead of answers are metaphors. Death could be just another part of life, similar to sleep. Sometimes, as I drift off to sleep, I find myself wondering if this is what it will feel like to die—an overwhelming urge to be still, to close one’s eyes, to relinquish waking control. If so, maybe, against all odds, death isn’t an end, but a transition. Maybe there is some vague degree of consciousness, similar to dreaming.

Even if death is an ultimate cessation, I still wonder if our need to sleep every day is some kind of natural preparation for an eventual dirt nap.

If death is an ending, I can envision it as the culmination of a long, wearying journey. I think about a person walking down an endless hall that gets darker and darker, more claustrophobic. He eventually tires, slowing to a crawl, finally becoming still. No more progress. Others will pass him and forget him soon enough, and in turn meet the same fate and be forgotten themselves despite there being so much more hall to travel; such a shame to have the desire and determination without the energy. Death as a failure to continue, a defeat. 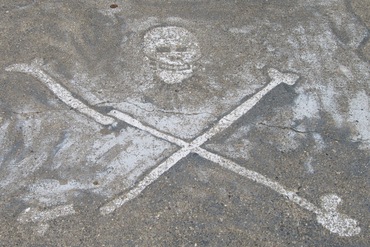 Very recently, death has crossed my mind for specific reasons.

First, I’ve finally gotten around to reading Joan Didion’s The Year Of Magical Thinking. I’m late to this, I know, considering Vanessa Redgrave is already Broadwaying it. But I knew nothing of the content of the book until I began reading it. It’s a shockingly naked catalog of grief and mourning, of life and death, as told by a wife and mother whose daughter is on the verge of dying from septic shock when her husband suddenly does die from a massive cardiac event. It’s not just a story; it happened. The fact that it happened to people whose survivor is as uniquely gifted at expressing her feelings as Didion is is the only bright side in an incredibly sad book.

I love the book. It’s not morbid, it’s about morbidity. I admire that Didion (pictured) is able to write about things that threaten to destroy her; it’s a case where being too close is being exactly close enough. It’s heart-breaking, but heart-breaking at least reminds you you have a heart in the first place. It's also insightful to the point that it feels like a crash course in dealing with something that will happen around all of us and, eventually, to all of us.

It’s a hard sell for some readers. I discovered this on Amazon, where some reviewers deemed it “boring” or—the worst thing any work of art can be called in our happy-go-lucky culture—“depressing.” One monster even wrote that she disliked the book because she found the narrator “unlikeable.” Ridiculous things to take the time to write about a woman honestly attempting to make sense of the lowest or highest common denominator for every human being who’s ever lived. But maybe people say these things because they can’t handle the truth, because it’s easier to play dumb than to play dead. 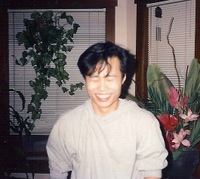 As I read the book, which I can’t recommend highly enough, I planned a trip to Chicago to see my mother and sister and yet it was Chicago that reached out to me first. I received an e-mail a couple of nights before I left from a woman I’d known there over 15 years ago, before I moved to New York. I’d known her as a fabulous, exotic type who could be trusted to dress flamboyantly and accompany her gay brother to a club. I dated her gay brother (pictured) and had a lot of affection for him, a bright, mysterious young guy who shared some important experiences with me, and who I stopped seeing only because I left the area. In that way, we never truly broke up, just separated.

The e-mail I received from his sister was to inform me he’d died that day. It took me completely by surprise. You sometimes forget people’s lives continue on even when you’re not in the room, and so do their deaths. When I gently inquired as to what had happened—“Was this as much of a surprise to you as it is to me?”—she replied that he’d been drinking himself to death for many years. “He could not seem to accept or forgive himself. Thank you for remembering him.”

Remembering him was not a courtesy for me, it was a given, but I knew what she meant and was touched, humbled even, that she’d decided to inform me—on the day it happened, no less. I was haunted by what she told me because I could not connect alcoholism with the person I’d known, let alone a persistent, self-destructive death wish. I also could not guess what it was he did not like about himself—homosexuality seemed an unlikely cause. Somehow, I felt this was all I needed to know, and all I was going to know, so I asked no more questions. 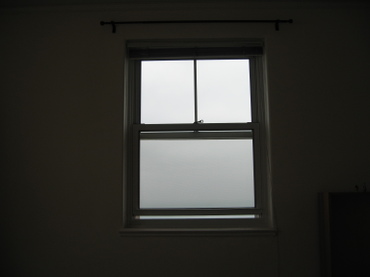 In Chicago, I stayed in a friend’s absolutely beautiful home, a duplex with a lake view in a historical building. I stayed in a serenely unadorned guest room painted white. At night, I would lie in the bed and stare at the moonlight that created the borders of the window and feel like I was floating, wondering if this was in any way a parallel for the loss of consciousness, or even of death itself.

Walking around the city, I visited my agent, who told me a famous writer I’d once worked with and who was one of her star clients had been told he had terminal cancer and was expected to die at any moment. 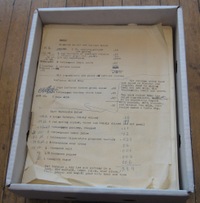 This was exactly what happened to her former boss, my former agent. Thinking of him making arrangements not for his death but for what would happen after he had died made me more openly curious about the end of our time on earth than ever. I remember when my former agent—a beneficent mentor and good friend—found out she would die. I spoke to her on the phone and told her I was so sorry to hear the news. “Don’t you be sorry,” she urged in a girlish voice. Then she asked to see me. I flew in within a few weeks, but arrived the day after she lost consciousness. We held her hand in the hospital and reminisced with or to her, watching her brow furrow (could she hear?) even as she was unable to close her mouth. She died the following day, which seemed impossible. (Pictured is a cookbook manuscript she had once been working on, a life souvenir.) 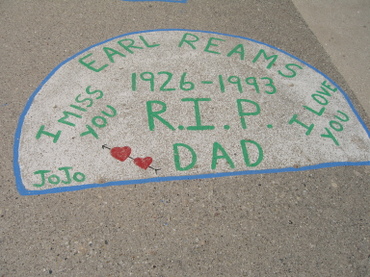 Walking along the beach (yes, Chicago has them) in the unseasonal 80-degree weather, I discovered it must be a tradition to memorialize late loved ones with graffiti on the cement walkways. Seeing the child-like scrawlings and odes to “Mom” and “Dad,” I wondered if there were people out there who might critique them as boring or depressing. These same people will be stifling yawns as The Grim Reaper hugs them close. 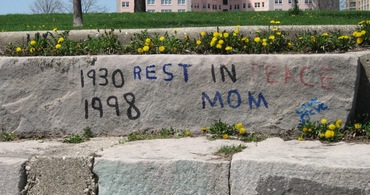 I know there are people who want to die, but I can’t understand them. In the car on the way to the airport to get home, I called my grandmother, 90 and still living alone quite handily. She told me how her pastor son, my uncle, had to accompany a woman to the “boondocks of Canada” to identify the body of her husband, a suicide. Death is such an expected eventuality that we’re all a bit obsessed with tales that challenge any of our expectations—suicides, murders, freak health collapses, previously unguessed personal failings...all will keep just about any of us rapt, maybe also because they are potentially autobiographies.

I’d like to say I live each day as if it were my last, but the reality is I—and most people—live each day as if it were the first day of the rest of my life, like I have time to burn so I burn it without a care in the world. Maybe the best thing to take from my recent fixation on death is putting that angst to good use. What gives death its greatest power over us is the fear that we lived the wrong way, missed out.

I think the least we should take from our shared expectation of death is to resolve to let that expectation inform how we live.

(The title for this post was inspired by this book.)