just outside of Detroit today, in my home state. Although I'm a Michigander (honest, that is the right word!), I rarely ventured into Detroit—in the ’70s, we white-flight-suburbanites considered it a dangerous trek, and it's really been forgotten today. Funny how the U.S. of A. will abandon cities it's done with, just like it'll do with citizens.

If I was ever taken into Detroit as a kid, it was irregularly by my dad for Tigers baseball games, sometimes alone and sometimes with my cousin/then-idol. I never liked baseball—STEE-RIKE ONE!—but to please my father, I threw myself into gathering players' autographs and acquiring complete sets of Topps (and Donruss...and Fleer...) baseball cards every season. Sports? I didn't get it. Collecting? I got it—in fact, I usually got one to keep and one to trade. 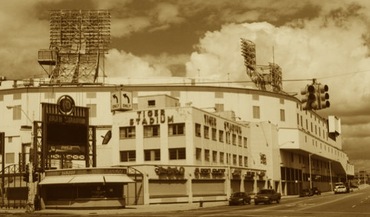 At games, my cousin and I would buy programs and then linger wherever we spotted players (from either team) gathering near the wall. If they were close enough, even if they were busy warming up, we could lean over and call down to them from the stands and get them to saunter over and sign. There must be a

unique kind of pride that an adult male athlete feels when a little boy wants his autograph. It has to be different than it is for movie stars and rockers—after all, those people are famous for excelling in or at least nimbly navigating the frivolous arts, whereas an athlete is like some kind of superdeveloped male in the eyes of a boy. They are like perfect examples of manhood, which of course boys are hoping they'll blossom into—muscular, lean, physically potent. This applies to all boys, even the ones (like me) who are also thinking, in a confused way, how cool it would be not only to be them, but to be desired by them. Having that latter urge doesn't erase the former hero-worship; it just complicates things.

I had a second cousin in professional baseball. He wasn't around much (I barely remember ever meeting him) and he didn't play for the Tigers, but whenever one of the teams he was on or, later, was employed by swung through Detroit, my dad would try to hook us up with special access of some kind. I only remember this happening once, but it was a doozy—a locker-room tour.

After the game, not feeling any loyalty to the home team, I was taken into the California Angels' locker room for introductions and autographs. Keep in mind I was probably eight. I still remember how it looked, or rather, I have remembered it over and over so many times that it exists in my mind clearly, if perhaps in a weirdly stylized copy of the original. I swear everything I saw looked like one of those cheap ’70s Fotomat photos, faded orange at the edges.

Maybe the details are swirling away from me like so much shampoo, soap and sweat down a drain. But here is what I think I saw:

The first thing I saw upon entering the swelteringly hot lair were huge black dicks, huge pink asses, huge brown handlebar mustaches and blindingly white towels, all popping from a dark, steamy haze and set off against dull tile. I was taken around to several guys (I think maybe the ones who my host—my second cousin?—thought might not be total assholes about it), who varied from nice at best to inoffensively detached at worst. No jerks. Looking at an old team roster, I think I probably met Don Aase, Al Fitzmorris, Nolan Ryan and Carney Lansford, among several others others. Or is it that their names are etched into my brain from all the card collecting? (I know I met Ryan; he was one of the more interesting sigs on my many programs, which I later sold, along with my baseball cards, for a couple of hundred bucks when I was in college.)

One guy I know I met was Lyman Bostock. I recall him looking like Richard Pryor and being bare nekkid as he signed for me. I think he was a bit remote—wouldn't you be in that awkward situation? Or was it that the Angels lost that game? Dunno, but he was pleasant enough. 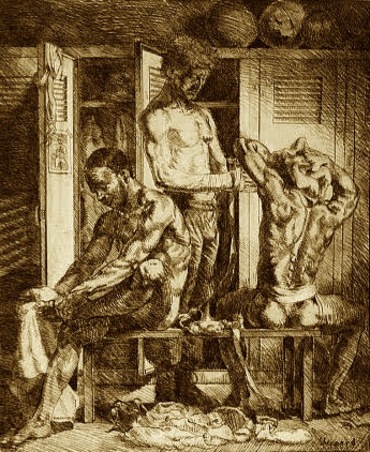 By Joseph Sheppard; closer to what I really saw.

Then I was taken away, with only a vague understanding that memories of this visit would somehow be useful to me in the future.

Not long after, within a year, we were in the car listening to the radio and it was announced that Bostock had been shot to death in the back seat of a car somewhere. My dad reacted with his usual animation over death announcements on the radio (when Natalie Wood died, I thought the world was ending by the level of interest he showed). "You met him. Remember?" I did. And I have.

I think the important thing I was supposed to remember is that he used his pull to get me something not many other kids were given that day, an unearned early trip into the vault of manhood. It wasn't his fault that I didn't care about baseball, or that I would wind up recalling that visit not fondly but fondle-y. I did and do remember his good intentions in arranging it, in taking me to see the Tigers irregularly, in forcing me into tee-ball and Little League baseball year after year. He was just trying to help.

I've never been a blame-the-parents type. Mine are relatively blameless anyway, so maybe I'm not one to talk—there is no major issue that's plagued me. But even with minor things, like my dad wantinig me to play and/or appreciate sports, I haven't held a grudge. I think my experience in that locker room—so different from the experience he presumed I was having—showed me that there is no way for parents to have any clue whether the child they're rearing is the child they think he or she is. Parents have to assume a lot just to proceed, and there's a very good chance one or more of the bedrock assumptions will not be accurate.

In the end, in parenting as in baseball, it's not how many you win or lose, but how you play the game. 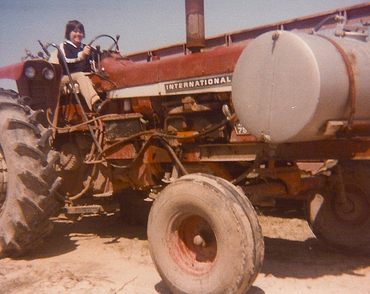 Never had so much power between my legs. 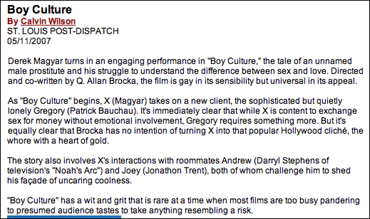 Missouri is where part of my mom's dad's family settled. When I was about 11, I for some reason asked to go with my grandparents on one of their annual car trips to Missouri from our Flushing, Michigan, HQ, and somehow was allowed. Yes, I was the kind of boy who thought hanging with my grandparents was cool. I think I was curious to see another part of my family, to see just how broad that word could be.

My grandparents had gone from picking cotton to owning a highly regarded restaurant (whose recipe for pies was so legendary it was included in the purchase price when they cashed out), so they were proud of and never took for granted any of the creature comforts they'd earned in life. They were not ostentatious nor were they spendthrifts, but my memory is that they always had a new Cadillac, dressed smartly, my grandmother in pastel suits and my grandfather sporting a cherished hat with a colorful feather at the side. My grandmother had some beautiful jewelry and a small collection of fine furs—when you're raised on a farm where chickens' heads were twisted off in advance of dinner, I think the concept of "animal rights" would be an even greater luxury than a sable coat, so that never bothered me, even later on when people started spraying minks with red paint.

I rode in the back of their Caddy, writing stories and postcards, all the way to Missouri. I was most excited

about the fireworks stands just off the highway because the tough stuff was illegal in Michigan and I knew if I could return with some tanks or other exotic explosive devices, I would be golden with my cousin. But I didn't have enough money and my grandparents weren't as excited about the prospect, so instead we stopped at every Stuckey's (and another family-style chain whose name escapes me) along the way—their blood type was gravy, and yet my grandfather lived to his mid-80s and my grandmother is still very much alive and nearing 90. 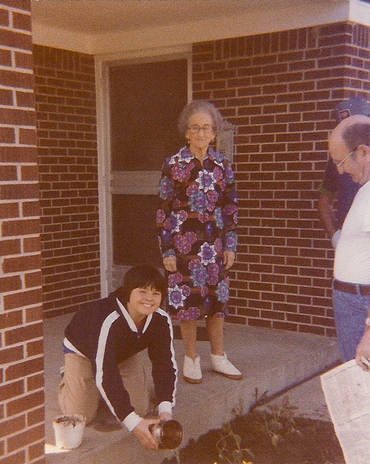 Planting flowers with my grandfather and great-grandmother in Mi-ZER-uh, April 1980.

When we got to where we were going, we stayed with my great-grandmother (another argument against the presumed evils of cholesterol). Belle—she had one of those oddly pretty names that no one really named their children anymore—was elderly and frail, but she was able to recite poetry that she'd learned as a 10-year-old girl for a county-wide contest that she'd won over adults. I also hung out with a colorful great-aunt and great-uncle and learned "shnuff?" was code for "sure enough?" which meant "really?" and that it was traditional to use it at the end of every sentence. I swear I had a Southern twang by the time we left. 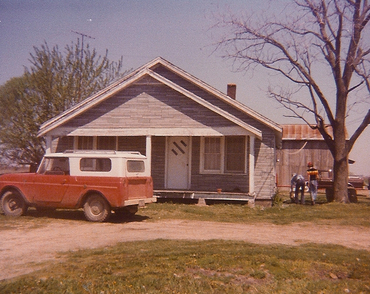 The farmhouse where my great-grandparents once lived.

It wasn't a thrill, that trip—one of my letters home stated, "There's nothing to do so we just keep eating."—but I've never forgotten it because it was such a deviation from my day-to-day camp-out in my room ("Leave me alone!") and because I witnessed my grandparents looking after and fretting over his mom in the same way my mom would later look after and fret over them and I'll look after and fret over my parents.

Who will look after and fret over the gay guy?

That is some deep-fried food for thought. Family-style.

I visited MO one other time, with my whole family on a National Lampoon's Vacation-style two-week van trip from MI to CA and back. My relatives were as charming as ever ("You want some sody?" as opposed to, "Do you want some pahhhp?") and my great-grandmother as lyrical: "Y'all are just as fat as hogs!"

Only family can get away with saying that.