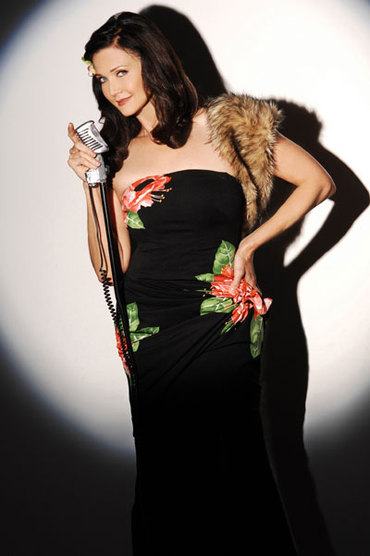 Change their minds and change the world.

Getting someone to come with me to hear Lynda Carter sing was like trying to find someone to accompany me to debtor’s prison. Her glitzy TV specials are remembered (if at all) for their camp value, not for her vocal talents. But in answer to the many friends who looked at me while I was inviting them as if I’d just said, “I like to eat my own poop!”—yes, Lynda Carter has always sung. But never as well as in An Intimate Evening With Lynda Carter, which just finished a sold-out run at Feinstein’s at Loews Regency in Manhattan.

How some remember Lynda Carter.

I’ve only seen a cabaret act alone once, back when I braved an anomalous Yma Sumac unretirement appearance in Chicago at age 20. I wasn’t going to do it again, so after my eleventh “pass” I used all the power I possess and persuaded my partner. José has nothing against Lynda Carter (who does? who would? why should anyone?) but his chief attraction was seeing a former Miss World in the flesh and sampling Feinstein’s menu. 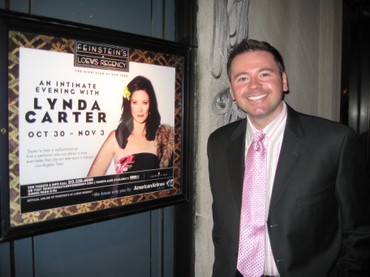 I was entering Carter Country. 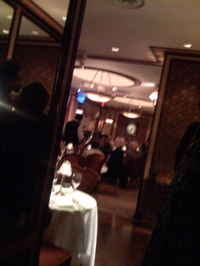 We arrived besuited and betied and I was immediately besotted with the venue. If it were any more intimate, Ms. Carter would have been giving lap dances. (And should have for $80 tickets and a $40 food and drink minimum.) The room is small but the quarters are comfy, if you don’t mind sharing. I hadn’t mentioned that part to José, and then I panicked him by saying it looked like we’d be seated with two elderly chatterboxes. Instead, the smooth maître d' placed us with “these two gentlemen, who also look like big...Lynda Carter fans.”

The guys turned out to be a sweet couple from Toronto, Phil and A.Jaye. The latter was the bigger (only?) fan of the two, and it was cute seeing them interact. Longtime companions understand the importance of indulging our other halves occasionally, like when he wants to listen to Lynda Carter’s album Portrait on vinyl. A.Jaye wanted me to know he was a fan, but not a big fan. There are two kinds of fans—both deluded (I include myself in these categories, so don’t take this as an insult, A. Jaye!). They are the fan who insists he is the #1 fan and the fan who insists he isn’t as crazy a fan as all the others. A.Jaye had come down from Toronto specifically for a one-hour Lynda Carter cabaret act, he let slip that they sometimes watch old Wonder Woman episodes on DVD and he knew Lynda’s son’s name. Also, his mission was to get a picture with the chanteuse. That is a big fan.

The other kind was seated nearby, Webmistress Mia Cruz (me-a, too...wink-wink) of wonderland-site.com. She had on a red Wonder Woman top and was practically sitting closer to the stage than the band, but I respect those diehard fans even as I marvel at their single-mindedness, and I respected her much more once I took a look at her insanely thorough site. As our table chatted, anything we wondered aloud Mia would answer. This is how we knew how long the show would be, the difficulty A.Jaye would face in attempting to pose for a picture with her, the fact that the gig posters were $25 cash and carry.

The food was good if outrageously overpriced. José sheepishly ordered something called the PuPu Platter (seafood) for $39, only to later find out it is $39/person, but is only sold in units of two. But what’s an assload of money when it comes to Lynda Carter? 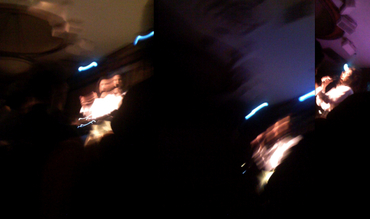 The show began with Lynda crooning the opening of “Deed I Do” from offstage, electrifying the roomful of gay men, old men, old gay men and admiring women. (And one kid, don’t ask me why.) When she emerged from behind me, it was plain that no 56-year-old woman has ever looked this good. Has she had plastic surgery? She has to have had something. But you’d be hard-pressed to find anything about her that looks phony. Her white blouse and form-fitting black skirt revealed her legendary figure even as she belted out the jazzy first song with a down-and-dirty confidence not to be found in her TV specials.

That and the next four numbers were flawless—a surprisingly satisfying “God Bless The Child,” a robust “Put The Blame On Mame” (“Rita Hayworth was forever identified with that one role...imagine that!” she teased), “Summertime” and “Hit Me With A Hot Note,” the last of which pushed me closer to heterosexuality than ever before. 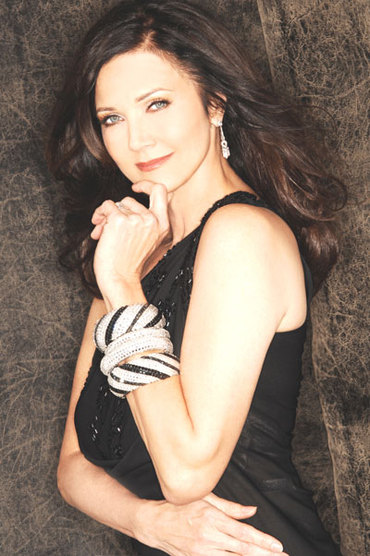 She hit us with some hot notes.

Then she thrilled her crazy fans—which included everyone in the room by that point—by almost (but not quite) spinning around as her A+ band summoned up the Wonder Woman theme. “That’s it!” she declared when it ended prematurely, but she also wisely gave Wonder Woman her props so we wouldn’t think she was putting on airs.

I wasn’t as fond of her medley of songs she’d sung on her TV specials—tunes like “The Way You Look Tonight” and “As Time Goes By” added to the main criticism I have of the evening, which is that as delightful as she is on stage and as much of a thrill as it is to hear her singing commandingly, the set list is not particularly unexpected.

The first of the night’s only two clunkers was Carter’s take on “50 Ways To Leave Your Lover.” While I found her explanation that it is a song of seduction to be a revelation (makes sense, since it was written by a man and contains advice on how to ditch a current boyfriend in favor of him), her delivery was oddly silly, as if she were not taking the song seriously. She’d introduced it by joking that she almost didn’t sing it because she worried East Coast critics would find it too “peppy.” She should have gone with her gut.

Rebounding, her “Fever” had plenty of sizzle and “Blues in the Night” was yet more proof that the jazzier the number the snazzier her performance. A woman who is known for embodying an undeniable pop-culture icon, Carter has always struck me as potentially flat or square, a beauty queen with a nerdy sense of humor. Bizarrely, she was so much less silky-smooth doing straightforward pop (like on James Taylor’s “The Secret of Life,” which she skipped over but went back to toward the end) and had some of her best moments scatting.

My tablemate didn’t like her “Crazy,” but I was in-Clined to let it slide. I liked that she almost didn’t sing it when we were not enthusiastic at the announcement of some country on the horizon, and I loved her vocal changes. “Cry Me A River” was drenched with sorrow, reminding me of an interview I’d seen with her on The Early Show in which she confessed to feeling much more comfortable singing songs like this due to having lived through so many downs of life’s ups and downs, including alcoholism and a well-publicized banking scandal involving her husband.

Maybe my favorite number all night was her uninhibited “My Heart Belongs To Daddy,” which put Marilyn Monroe’s immensely enjoyable slutty take to shame. The evening’s second bomb was “Where Have You Been?” an atrocious song about a couple married for 60 years who get separated in the hospital. Thankfully, she still had “Come Rain Or Come Shine” and “Can’t Help Loving That Man Of Mine” (nice choice, considering!) to round things out, and she easily swatted those out of the ballpark amidst hilarious banter about the “bullshit” nature of encores and sweet thank-yous to a recovery group that was attending. There was even a prompted shout-out for gay illustrator Glen Hanson, who attended and could be seen slipping backstage to I assume gift her with a portrait.

She closed with Irving Berlin’s “Always,” her favorite song, and one not advertised as being a part of the set list.

I got some fun video, but I am reticent to post it since the venues are so small and I wouldn't want to inhibit ticket sales.

If you can't let go, this is pretty priceless.

As she departed for the first time, I got to shake her hand. The second time around, A.Jaye was passed by but then she thought better of it and came back to grasp his hand as well. We had been absolutely rapt all evening, so I’d say it’s no overstatement to call her terrifically entertaining. It was a real pleasure and change of pace for us—I hope to get a chance to see and hear this gracious crowd-pleaser again. 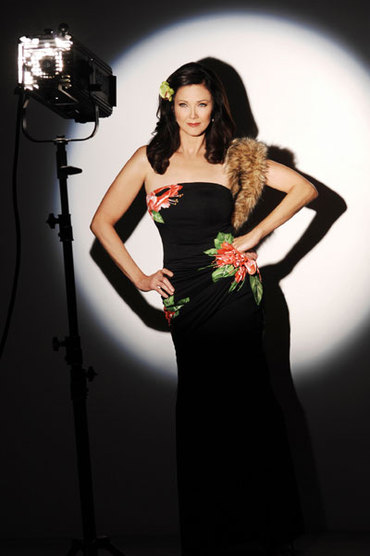