I came across a couple of items from my school days—elementary and junior high—that cracked me up and made me realize I would have been expelled 10 times over if I were in school now and did half the stuff I did in the '80s. 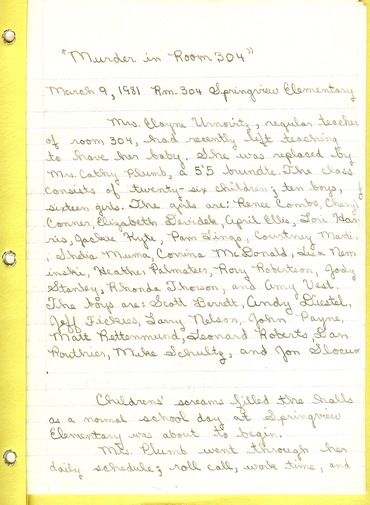 Case in point: In 1981, I wrote a short story with my seventh-grade pal Dan Routhier entitled "Murder In Room 304." Our cool, creative teacher Mrs. Urnovitz—one of three Jewish people I was aware of in my entire school—was on maternity leave, and we were torturing our fun substitute, Mrs. Plumb. The gist of the story was that someone was murdering our classmates and Dan and I—as characters in our own story—had to solve the mystery. I was obsessed with Alfred Hitchcock...what can I say? 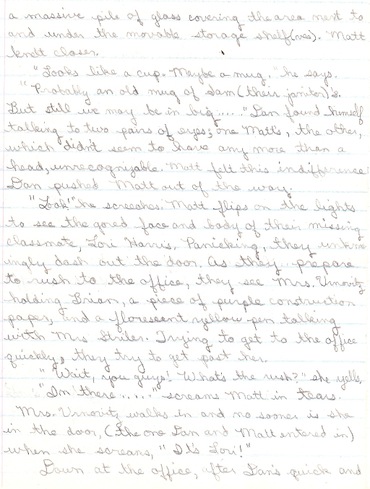 The story is nonsense, but the killings are brutal and graphically described:

"Matt flips on the lights to see the gored face and body of their missing classmate, Lori Harris."

I liked Lori, but maybe the story was an odd way of working out aggression against my more popular peers, who might not have been aware that I was struggling internally with a major secret.

I also wrote a series of short stories for a high-I.Q. class I attended once a week (do you like how I worked that in there?) called R.E.A.C.H. in which I brought to life an ominously smiling Blob that would assimilate that set of "gifted" classmates. There seemed to be a need to kill off students wherever they existed around me.

My classmates thought the stories were hilarious, and so did my teachers. Today, I can only imagine I would be expelled and possibly referred to the police, no? 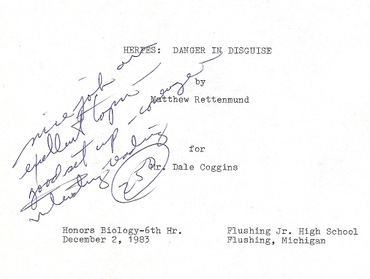 I always felt my hometown of Flushing, Michigan, was hopelessly conservative, and yet...maybe it was the times?...I got the maximum points for a report I did in 1983 (I was 14) called "Herpes: Danger In Disguise" for my honors biology class. I think herpes is always out in the open, and if I'd thought of that title a little harder I might realize I could have been suggesting that the disguise was a big, juicy, suckable, fuckable penis. 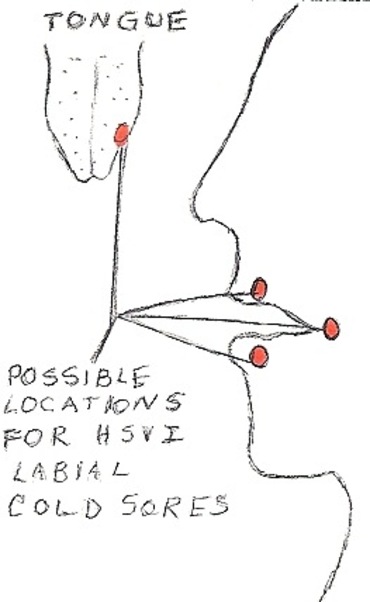 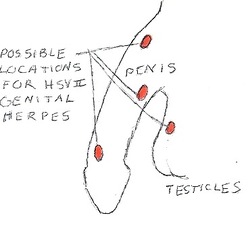 The report is typed and has hand-drawn illustrations, including one of a big, old dong that resembles an adder, and comes with a flexi-disc (which I got from where???) with "Straight Talk About Herpes" for men on one side and for women on the other. I cover "condoms, spermicides, and diaphragms" as minimally effective preventatives. I even mention that herpes may be linked to "another form of cancer, Kaposi's Syndrome." I think I wrote something about "gay cancer" while in school, but maybe this was what I was remembering on that subject.

And yet I turned out okay. Or am I just a danger in disguise?