An Obsession Is Born Comments (12) 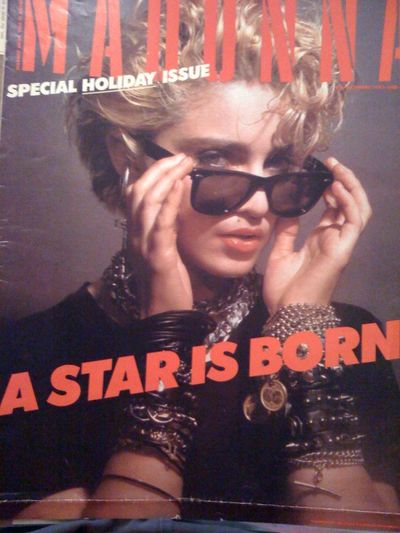 A rare Madonna trade ad from 1983 in the style of a magazine cover.

If it's true that dogs pick up on your moods, I feel bad for my normally spunky little Shih Tzu; they must be moping and confused because I'm in one of my manic-depressions (I'm rarely manic or depressive, I'm both at once) that could be S.A.D. but are more likely the result of O.C.D. My whole life has been one compulsion after another.

As a kid, I collected buttons, Boys Life Magazines, baseball cards, Farrah Fawcett pinups, Charlie's Angels cards and stickers and MAD Magazines. The I graduated to 45 singles (in particular Billboard's Top 40) and, after flirtations with artists such as The Go-Go's, Eurythmics and Cyndi Lauper, Madonna EVERYTHING. 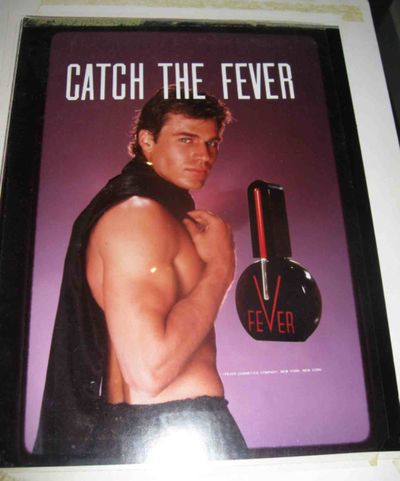 Prop color proof used in the making of The Making Of A Male Model.


These categories sort of simultaneously leave out and encompass things like books. Abercrombie & Fitch catalogues, CDs, Jon-Erik Hexum memorabilia and, well, some other stuff, like iPhone photos.
And let's not forget the ultimate compulsion: FOOOOOD.
You were asking why I never started drinking or smoking?
When I start looking for something, I keep going until I find it. I have saved everything I've ever seen that I liked in any way, including every picture from every magazine that's ever crossed my path; on top of that, I'm not passive, I seek out all these stimuli in order to have more choices. Then I keep my picks forever and ever. That makes me sort of like a packrat who reads Soldier Of Fortune. 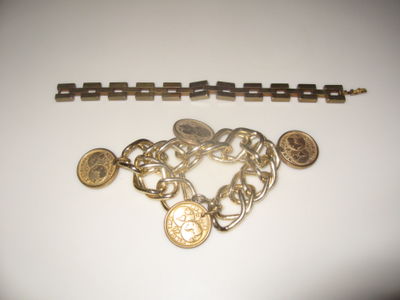 
An example: Finding Madonna's cover story on Island Magazine from 1983—her first magazine cover—took me a decade-ish once I heard it existed. It's pretty rare, but it was no match for me (I placed an ad in the now-defunct NYC mag Loot offering $50 for it, thinking someone in NYC might have it and not care about Madonna or appreciate its rarity—and I got it for $50), yet I have plenty of items I'm still seeking, such as an intact copy of Hamptons Magazine July 4, 1985, with Madonna by Francesco Scavullo on the cover and...and...and...a lot of other things that I should try to forget about.
If you collect, it's quantity is never enough; quality, rarity, exclusivity become paramount. 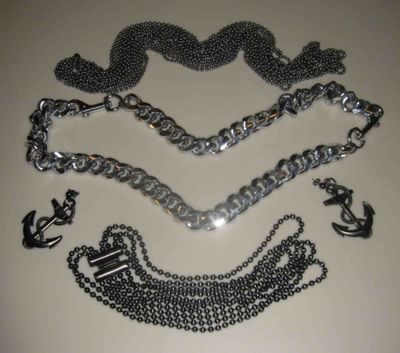 Original jewelry worn by Madonna in the early years (bought from her still-brilliant then-stylist Maripol—the chain you'll remember from her first album cover.


The problem is that these obsessions become time-consuming. It takes time to search, to bid on eBay, to move from home to home once you've got all this stuff. It takes up mental energy juggling it all, what you've got, what you've want. Let's not even talk about space to store it—you don't think all this valuable stuff you've spent years acquiring is actually ever used or displayed??? 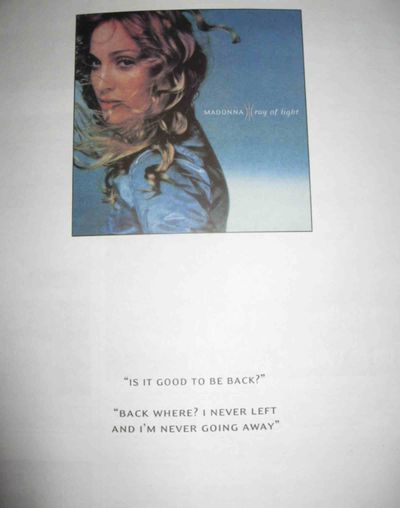 Thankfully! (But also: That's the problem.)


For 10 years, I was doing well...I laid off the Madonna collecting (even lightly collecting Madonna is an insane chore since she's like the ultimate personality to collect with almost no limit to items she's been on, in or has endorsed) and shunned eBay, which is like crack for hoarders. Lately, with important tasks at hand and paying gigs mine for the taking, I've instead reverted to my old O.C.D. ways. For example, I need to be spending this weekend rearranging my closets so I can fit rolled rugs in there (the dogs eat them and pee on them, so the rugs must hide) and writing up a book proposal, but instead I spent the last two days looking at and thinking about every single item I'm supposed to instead be moving the hell out of the way. 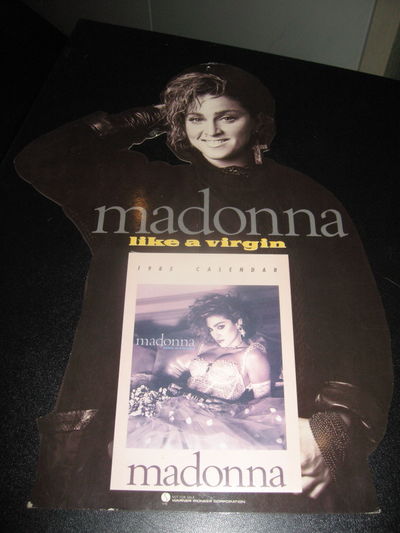 I spotted this 1984 die-cut Madonna promo calendar from Japan in a copy of the now-defunct fanzine MLVC. Took me years, but I found it.


And now, I'm writing about this problem—correction, blogging about it. And isn't blogging just my latest, albeit-somewhat-productive-I-hope, compulsion? 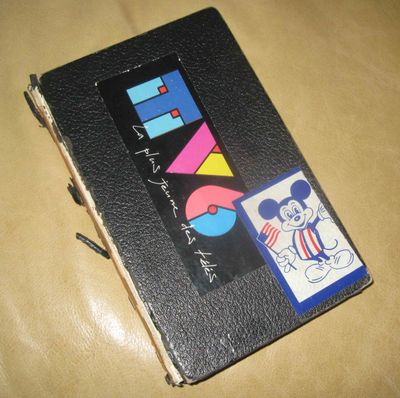 Maripol's original notebook. Inside, her sketches for the Like A Virgin album cover and several never-before-seen test Polaroids by Steven Meisel (the backing cut away...the deterioration is severe but really quite cool).


I'm promising myself that today I'll focus on practically rearranging things, tossing things and getting my place in order instead of beginning to re-catalogue my Madonna collection (a 10-page list of items after just going through one shelf yesterday!).
Madonna would never approve of me using her to be insanely, superficially productive in order to secretly avoid being really productive...