Bernhard: With A Vengeance Comments (5) 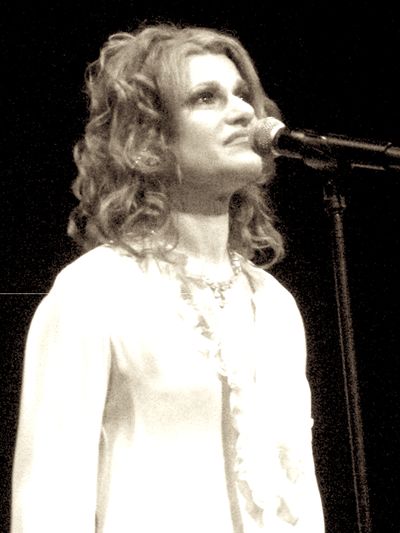 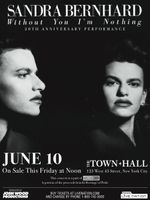 performance of Without You I'm Nothing at Town Hall in Manhattan last night. Rare because, as much as that original show completely cracked me up (even if I only ever experienced it as the mind-fucking hilarious avant-garde documentary) as both funny stand-up and as an unembarrassed flaunting of a performer's encyclopedic pop-culture knowledge, she has almost never truly amused me since. 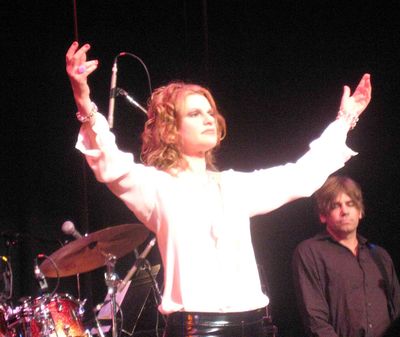 Without Madonna, she's something.

Of course, being a Madonna stalwart, it was hard to continue embracing Bernhard after their highly public rift because instead of letting it go she has seemed to 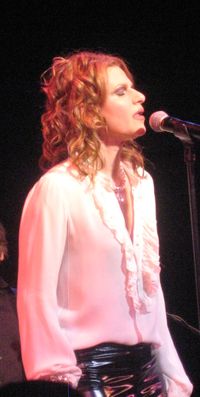 continue bashing Madonna ever since. Maybe Madonna was a total cunt to her, maybe she never fucked Bernhard but did fuck her girlfriend Ingrid Casares—I have no idea. But whatever happened, and no matter who was to blame for breaking up the so-called "Snatch Batch," it affected Bernhard so deeply it seemed to me she was knocked off her game and has never recovered it fully. She was a highlight of Will & Grace, but she's never had a creatively satisfying follow-up to Without You. (I'm Still Here, Damn It didn't do it for me, damn it!) Maybe the fact that this latest tour has incorporated the best bits from that ground-breaking set will be rejuvenating; her fresh material still is not being taken as seriously by Bernhard (it's delivered as traditional stand-up and not in that bewitchingly self-absorbed cabaret persona that delivered the original show and she had to consult her notes to remember some of it), but it's pretty damn funny.
After entering the (not sold out) hall to a partial standing O, Bernhard—an ageless 54 in a slinky black cocktail dress, her hair up—generously walked us through the Carol Kruger tear-jerker (reinvented as narcissistic knee-slapper) "The Commitment," segueing into a pastiche of classic showtunes (a highlight being a fragment of Barbra Streisand's "People" sung with Ethel Merman's sensitivity) before some funny remembrances of her recent stint in England.

"They're nice in England. They don't push you over the fuckin' edge. They let you breathe. And they give you a helluva gift bag," she said by way of introduction. But it was her take on meeting Lindsay Wagner that was probably her funniest new shtick. 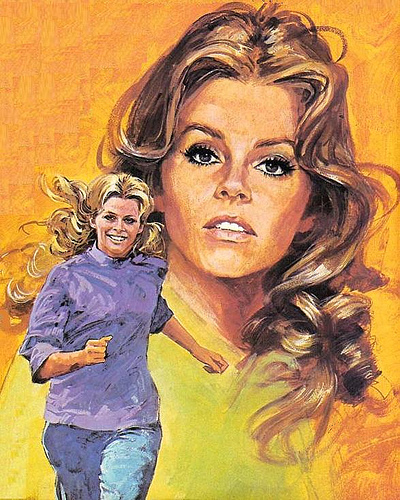 "I'll fucking dial a mattress!"
I wasn't wild about a campy cover of Eurovision winner "Eres Tu," but her voice is in top form—she should do a musical. Not something traditional, something that would shake up the form.
One of the old-school highlights, judging from the crowd's enthusiastic reception was her "Childhood Reminiscences" revival, packed with iconic lines such as "No one speaks of pavilions anymore, 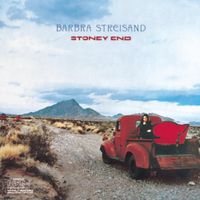 and that truly saddens me," "sometimes in the winter on the ice two ambulances would collide...and it made for a memorable winter sight" and especially her Streisand mini-rant "and then she [Streisand] went out to Hollywood...and she crimped her hair...and she went down the stoney end—she never wanted to go down the stoney end, but somebody forced her down the stoney end," which could apply today to Madonna. Her character's Christian fantasies as a child, with Babe and Chip—"Oh, God, Chip, you are so cute! I wish you weren't my brother so I could fuck you!"—are hysterically funny and weirdly sincere, a mix she would do well to replicate in her future appearances. 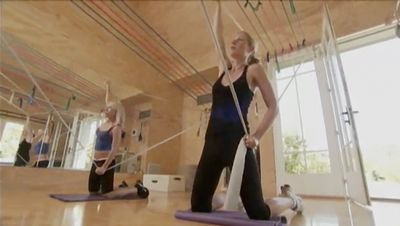 Gwyneth's best intentions get worked out and worked over by SB.
Probably her most broadly appealing new(ish) material involves her barbed critiques of Gwyneth Paltrow (skewered as being too hopelessly out of touch to be offering fitness advice to the masses), Madonna (reported to have given only her black child, David, "bling" to wear and to have said to him, "David, you've got to learn to share!" to which Bernhard replies, "Pot, meet kettle.") and the Kabbalah crowd ("When A-Rod held up the Torah, I felt as if we were all sitting at the base of Mount Sinai."). 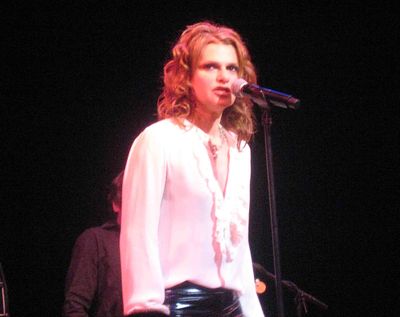 Her next meeting with Angelina Jolie might be socially awkward.
Most surprising was a lengthy Brad Pitt fantasy, in which she confesses to having had a tumultuous (imaginary) affair with him that led to a physical altercation with Angelina Jolie, portrayed as a fake-tattooed, pregnancy fetishist who's the only woman capable of going "lip to lip" with Bernhard. This culminates in a brilliant delivery of Dolly Parton's "Jolene" as "Jolie," with the affections of Pitt as the pendulum that drives the humor.
I also laughed hard at her piece on working Rosie O'Donnell's gay cruise "under duress," 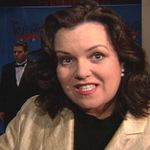 O'Donnell's infected facial sore ("I tried to pop a pimple with a tack," "Rosie, allow me to treat you to a facial") and lesbian motherhood. She said that all the Midwestern gay moms on the cruise would refer to each others as "partner(s)...as if they'd just opened a law firm" and that while Bernhard opted for "girlfriend," she prefers "lover"...except that doesn't fly when it's time to tell your child, "Mommy needs time with her lover now, dear."
For longtime fans of the original show, rest assured that she found time in the two-hour set to squeeze in her all-time best sequence, which begins "Pretend it's 1978...and you're straight" (although she didn't sing Sylvester's "Mighty Real") and her all-time best cover, her absurdly committed take on Prince's "Little Red Corvette." Granted, she did not perform it in pasties, but she did at least let her hair down and when she returned to perform the sizzling number as her final encore after a (for me) much less interesting trip down Led Zeppelin lane with "Whole Lotta Love." 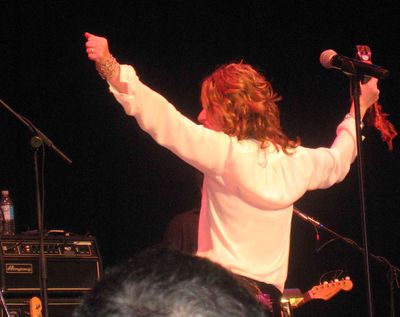 It's not the jockeys that were there before her, but the ones that came after.
I had a lot of fun seeing Bernhard recreating the time when she was on top of her game, and she proved there is hope she can be great again even in an age when Kathy Griffin seems to have usurped her role as snark sister numero uno. I just would love to see her mount a show with brand-new material yet done in her signature, performance-art style—she's still got the goods. 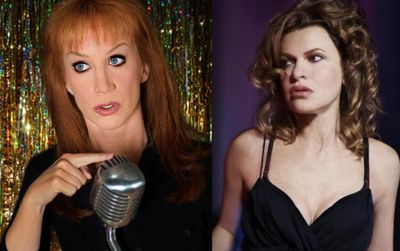 It's her or me!
As my friend Jason and I left, we quickly used the bathroom—and by the time we got out the place was dead-empty already; they'd been selling Bernhard's DVDs and a fun, reusable (green) bag with "Mama's got a brand new bag" on it, but had folded in an instant. I guess the venue ran out of time, but speaking of time, I hope Bernhard will seize this moment to gift us with a new, wholly original masterpiece soon.