Reflections In A Violet Eye: Elizabeth Taylor Dies At 79 Comments (15) 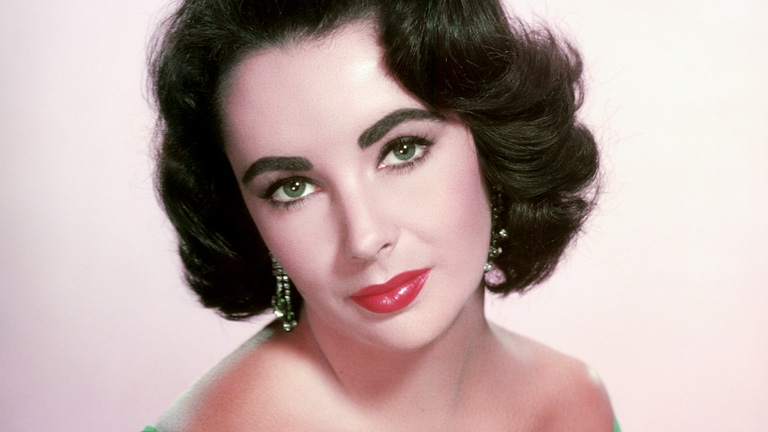 Elizabeth in her prime

I feel like I could have legitimately called in sick today in honor of Dame Elizabeth Taylor's death at age 79. I've written about her a lot already, and gave up some of my thoughts when it first became apparent she was nearing the end, but there are always more things to say about her. 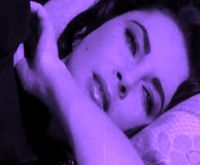 I grew up respecting her as the epitome of what a star was. I think this could be grew of lots of little gay boys, but I basically took my cues from my mother—if she thought someone was a star, they were a star, a benchmark against whom everyone who came after had to be measured. (And my dad had been a Pat Boone/Mickey Mouse Club fan, something my mom would rib him about even 30 years after the fact, so stardom was not always defined by "I was famous in the '50s.")

I came to associate Taylor with my mom closely because she would talk about her own beauty as being relative to the superstar's.

Fascinated by the trajectories of Hollywood careers, I was particularly interested in how Taylor had been the ultimate beauty, then became the butt of fat jokes (when 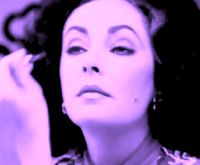 Joan Rivers said her blood type was Ragu, it was an early opportunity for me to think about what considerations public figures deserved or didn't deserve) and then, out of nowhere, made her '80s comeback—she did some movies (including my cherished The Mirror Crack'd, which was pre-Skinny Girl Liz), big-event 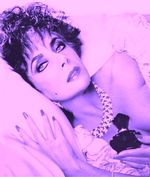 episodic television, TV movies, slimmed down and had a round of the best plastic surgery EV-ER. She looked absolutely stunning again, which at the time seemed like a deal with the devil...and yet, Elizabeth Taylor was a mere 52 years old when she appeared on Hotel!

Of course, she capped it all off by launching an Elizabeth Taylor-branded fragrance empire whose success was unprecedented—all the more money to spend on ridiculous jewelry and not-so-ridiculous causes, in particular AIDS. Elizabeth Taylor may have been married to a Republican in the '70s, but she was also the first A-list, established star to throw her name into the fight against AIDS.

I know people who came before me were even more obsessed with Taylor for the ups and downs of her love life , her personal tragedies (losing a husband in a plane crash...imagine?) and health scares; they owned her in a way I never could, having come in more than mid-way through the picture. 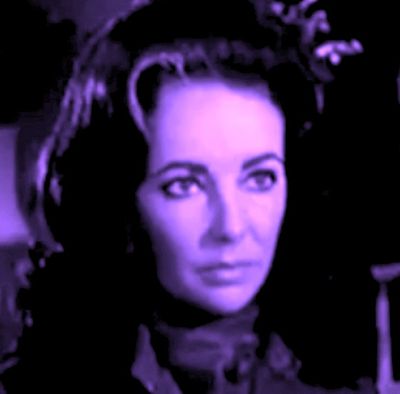 My good friend Denis worshiped her and got to meet her more than once, even interviewing her for a filmed piece, and I have no doubt she meant more to him than Madonna does to me. She probably meant even more to all the little girls (and boys) who were her age, and who watched her grow from child actress to impossible beauty to Oscar winner and tabloid catnip.

The story of Taylor is breath-takingly intertwined with the history of Hollywood—she made her first movie nearly 70 years ago—and she was capable of turning in unforgettable performances when she felt like it (A Place in the Sun, Giant, Suddenly Last Summer and Who's Afraid of Virginia Woolf? do it for me) and even when she clearly didn't (I was fixated on her in Night Watch along with the aforementioned The Mirror Crack'd).

And yet, acting abilities be damned, she was really much more of a personality than an actress, a Marilyn Monroe who lived a lot longer. But still not really long enough.

It's not like she was a perfect person or someone I knew or that her death will mean the loss of lives or security, but I really feel weird about and discontented with a world with no Elizabeth Taylor.