This smiling face belongs to Barbara Kent, who since January of this year has been the world's only surviving adult star of silent films. With any luck, she'll turn 105 this It boggles my mind that there would be no others left. Carla Laemmle is almost 102 and appeared in small parts in movies like The Phantom of the Opera and Lupita Tovar (who just turned 101) did appear in some silents, but was not a star of the magnitude of Kent, who is virtually unremembered today. Tovar happens to be the mother of Susan Kohner from Imitation of Life and the grandmother of Hollywood's ubertalented Weitz Brothers, Chris and Paul. 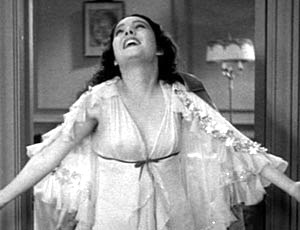 Tovar in the Spanish verson of Dracula 80 years ago