"I Think That's Cool, Too": Meeting James Franco & A Review of My Own Private River Comments (11)

Last night, we had tickets to see a special Film Comment Selects screening of My Own Private River, a film edited by James Franco from the outtakes of Gus Van Sant's amazing 1991 (classic?) My Own Private Idaho. Held at the Walter Reade, this Film Society of Lincoln Center event also offered a free reception in the neighboring Furman Gallery, where Franco had an art installation related to the project. 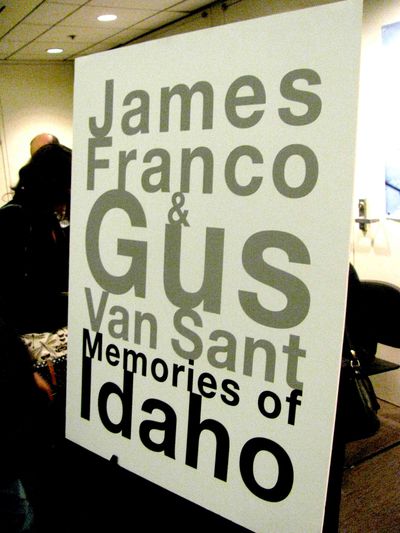 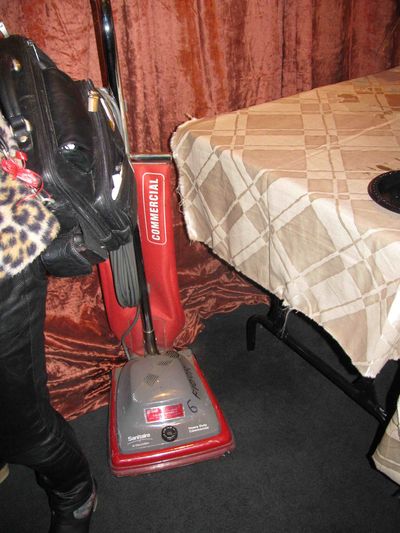 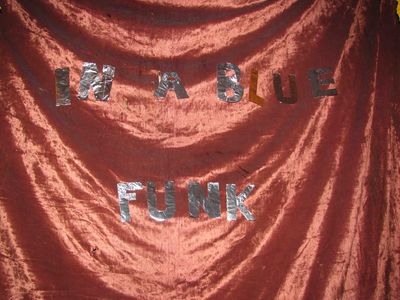 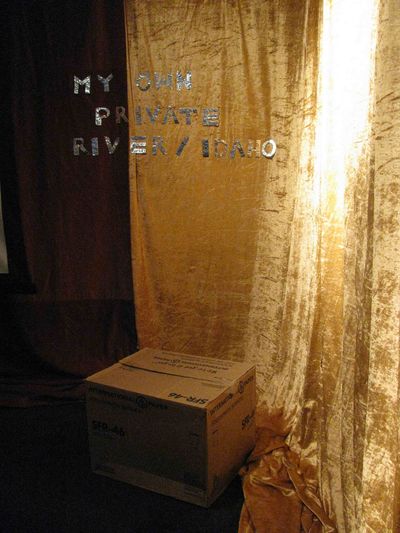 I'm too old for this shit

The art installation, Memories of Idaho, was a bust. It was supposed to represent an AA meeting hall and consisted of some (intentionally) tacky fabric draped around the room, (intentionally) mundane objects like a vacuum cleaner and a cardboard box (I took the hors d'oeuvres to be a part of the exhibit) and projections of three other 'Idaho-related films Franco's done: Idaho, Narcolepsy and My Blue Funk. It really didn't move me, but I am guessing the kookily genius Franco would have this to say to me:

As time went by, it became clear Franco wouldn't appear at the installation, so we got in line. It was a mad dash to the front that ended with me in the first row at the end and José a few rows back where he'd be more comfortable. (I felt bad having dragged him, knowing the film could be one of those things I might consider hypnotizing and he might consider sleep-inducing.) Lots of young hipsters around, though it was by no means kindergarten time. 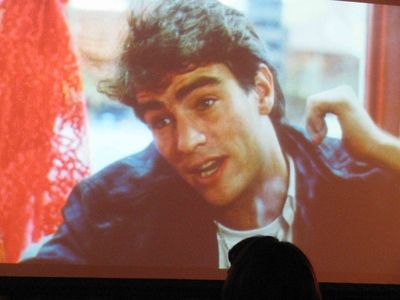 Good part of the installation—reminding us of Rodney Harvey 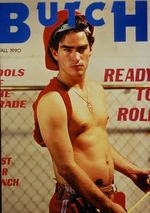 Just before it got under way, a girl near me came in and announced to her friends that she'd just gotten a picture with Franco outside; her female friend turned to their guy friend and gave a look of utter jealousy and contempt. I'm sure if her face had been a mirror and I had been looking into it, I would have seen the same expression. (Later, my bitterness was rewarded.) 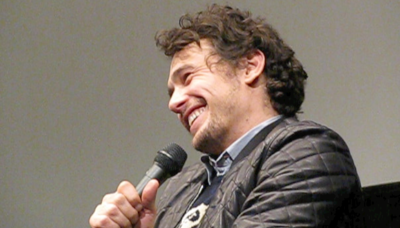 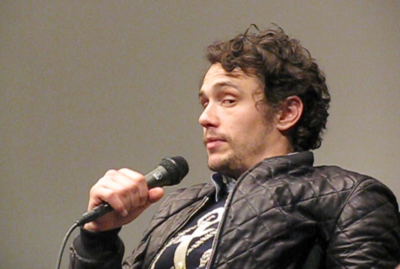 Franco was introduced and shuffled to the stage. He strikes me as someone who is good-looking but does not want to be; very folded into himself and in the process of downplaying his physicality. It's like his brain is slowing eating away at the cuteness. But hotness must taste bad to the brain because that part's still there. He briefly explained the genesis of My Own Private River—working with Gus Van Sant on Milk, he'd bugged Van Sant about his favorite film, My Own Private Idaho, and eventually found out that Van Sant had something like 25 hours of unused footage. In exchange for Franco appearing at a Portland fundraising screening of Milk, Van Sant gave him a tour of the places where 'Idaho had been filmed, and this led to them agreeing that Franco should have the old footage digitized and recut it into something different.

Who doesn't have a River Phoenix obsession?

He took off and for one hour and 40 minutes, during which time I was truly mesmerized by River Phoenix (and some of the other actors, too) at the peak of his powers and nearing the end of his short life. What Franco has accomplished with this film is an impressionistic yet still workably narrative alternate version of a film that was already pretty spectacular in its own right, a salvaging of precious moments and scenes that, once you've glimpsed them, are indelible; how could Van Sant have ever left some of this stuff out? From a harrowing scene between Phoenix and James Russo in which the latter's character is revealed to be the former character's brother and father, to a charming sequence of Phoenix's Mike, amped out of his mind, buying up a random group of items at a grocery store, the material is in no way inferior to the stuff that made the first movie. It's poetic what Franco's done, and in stark contrast to any of his sometimes hubristic art projects. 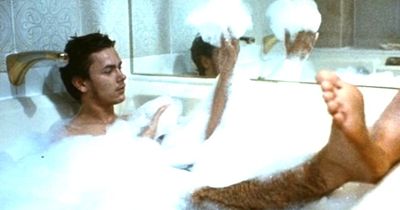 The music, by Michael Stipe, is a beautiful fit, all the more appropriate perhaps thanks to his friendship with Phoenix.

The film's treatment of prostitution and the finite possibilities of youth when drugs are involved feels heartbreakingly real and unadorned. Even Keanu Reeves's underacting is perfectly suited to this environment.

It made me nostalgic and sad because River's Mike reminds me of my late friend Jeff in a way, and because I remember being blown away by Mike's expression of romantic love for his buddy as I watched it in college, almost 20 years before "I just can't quit you."

After the lights went up, Franco returned and sat for a fairly lengthy Q&A with Film Comment's Gavin Smith, in which he talked about his obsession with River Phoenix and My Own Private Idaho (stating that he could relate to it and that it changed his life as a teenager), his conviction that My Own Private River not be seen as a competitor with the original film and the existence of a 12-hour cut that Joaquin Phoenix had decided not to give his blessing to.

Franco also took quite a few questions from the crowd (I wasn't chosen—I must be getting old!), gamely replying. It's an odd thing to see and hear him speak in that he spends most of the time not looking at the interviewer or audience (his eyes were often closed), scrunching up his face or working his face with his hand. 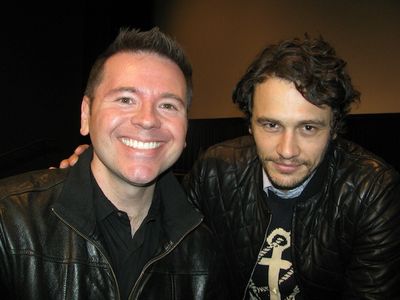 My biggest "get" to date

When it was over, a group of fanboys and fangirls lingered at the stage since he showed no signs of slinking out the back like Raquel Welch did a couple of weeks ago. As soon as he turned to us I shook his hand and congratulated him and he agreed to stoop for a quick picture. "...sure," was his reply. I was thrilled and told José that I am still the #1 best teenage girl when it comes to this sort of thing. José is mortified by pic-withs and yet is so often my photographer—he deserves props for putting up with it.

Check out My Own Private River if it ever plays anywhere near you because it's very unlikely it will ever be shown outside of art contexts; for example, it's almost guaranteed never to appear on DVD since, as Franco noted, New Line isn't interested in presenting competition for its own product.

I came away more impressed than ever with Franco. Sure, he's sexy and all, but this guy is not afraid to be creative even when some people might perceive it as pretentious or silly. That's what great, brave artists do, and they're as rare as the kind of performance River Phoenix gave in My Own Private Idaho...and now in My Own Private River.