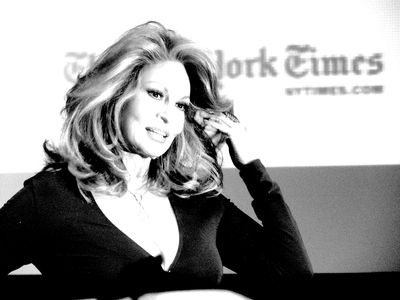 Welch's I don't think you're ready for this jelly 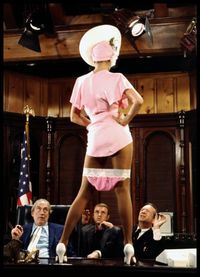 Tonight, I went to a screening of the notorious stinker Myra Breckinridge (1970) at the Film Society of Lincoln Center at the Walter Reade. I went partly to see this bizarre film—simultaneously plodding and surreal—and partly to see its star, Raquel Welch, Q&Aed by Simon Doonan.

The book, along with The City and the Pillar, played a big part of my coming out process; I had copies in my room when a potential college roomie spotted them. "Gore Vidal...are you a fan of his work...or his life?" In truth, I was excited by Vidal's brash Myra and probably let it influence my own novel Boy Culture. I was also extremely interested in gender at that time, having spent late high school drawing men with breasts and women with penises in art class.

We got there 30 minutes early only to find a huge crowd. "How are we doing on tickets?" the organizer asked at the window. The reply? "We only have 10 tickets left." 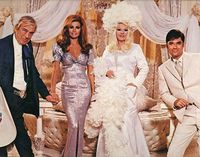 My friend Tim and I went in and I was able to convince him to sit in the second row (it's not a huge screen) so I could video the Q&A. The weirdos were out in force, everyone from obnoxious, self-styled paparazzi (one yelling over us to friends, "How do you spell her name? Just W-E-L-C-H? What other movies was she in? I'm only here to take pictures, not to see the movie!") to a some women who don't realize they're more in drag than drag queens are. Actually, I didn't spot any drag queens or transfolk, the latter of which are represented in the film by Welch, whose titular character was Myron (impossibly, played by future film critic Rex Reed) before she was Myra. 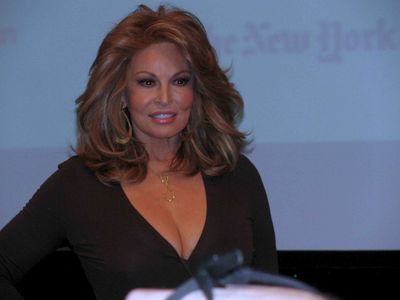 You won't look this good over 70

Welch sauntered out from the side of the stage followed by Doonan. She's so outrageously curvaceous at this point it's a wonder she can keep her balance. Every comment I make about her appearance, please read into it as complimentary, because even though she has more magic hair than Eva Gabor ever dreamed of and even though she's starting to weirdly resemble Tina Turner, the woman is in her early seventies and looks so hot I bet a majority of men in their thirties would be only to happy to hop on that.

Doonan was shot down from the get-go—his cute introductory remarks about remembering seeing her in a TV special on a motorcycle was countered by Welch, who claimed he must be thinking of Ann-Margret. "She was always on a motorcycle!" She literally argued him down about it and throughout his non-confrontational questioning, Welch responded almost as if she were in the middle of a hostile interview. I feel like she wasn't hearing him well, but she for sure wasn't understanding him or getting his not-terribly-hard-to-get humor. 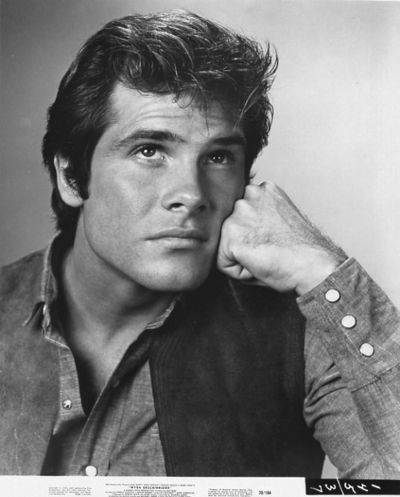 Myra's victim Roger Herren, who quit acting after getting balled by Raquel Welch

But in spite of that alien prickliness, she clearly had a set of stories to tell about this movie and was determined to tell them. She made several harsh statements about her co-star in the film, Mae West, who was in her mid-seventies at the time of filming and who was making her technicolor debut, starting with the revelation that Welch suspected West was actually a man based on her hands. She also referred to the fact that West called her a "pretty young thing" and therefore refused to do any two-shots with her in the film and, as we all know, famously tried to keep Welch from wearing white-and-black when West was wearing black-and-white. "Miss West has approval over costumes and doesn't want anything else wearing non-colors."

Welch also treated us to a pretty spot-on West impersonation, standing and shifting her weight as she mimicked her old nemesis, a woman who refused to work before 5PM. "It took time," she theorized, referring to West's elaborate get-ups, something Welch generously copped to understanding now that she herself is no spring chicken.

Welch was candid in her assessment of the film as a bomb, unable to really think of a single joyous moment during filming since as soon as she received the script she divined that she was in trouble. Any fun at all making it, Doonan wondered? "It was fun, but it was sad fun," Welch said unironically. She knew her big starring role was destined for not-so-greatness, and co-star John Huston's cackling to her that "it's just a picture" did anything but console her.

As articulate as Welch is when speaking of herself (her ego is as radiant as her visage, in stark contrast to her disappointingly deteriorated id)—as she did when she said she'd decided to ask for the role of Myra because what man becoming a woman wouldn't wanna look like her?—she did misspeak a few times, pronouncing the word "enamored" as "en-amour'd" and "erudite" as "airy-uh-dight." As game as she is, it has a terseness behind it, like she knows we want her to be camp and she is willing to dish some up, but the effort is not invisible.

That's something I find fascinating about her—she is STUNNING, yet she is flat on screen, almost asexual alongside a very young, very kittenish Farrah Fawcett. Welch looks like a hot number, but she has a square quality that is deliciously obvious in her famous TV interview from 1970 with Dick Cavett and Janis Joplin; Welch has said she was a fan of Joplin's but that Joplin sat there staring at her like she was "from the moon."

Unfortunately, the Q&A ended rather soon and Welch didn't take any questions from the audience, nor did she exit past us (wisely avoiding anyone asking for autographs or pic-withs by disappearing backstage). I would have asked her if she'd ever envisioned transgender issues becoming so mainstream, who she would cast as Myra if she were cast as Leticia in a remake today and if she'd ever heard directly from any of the old Hollywood stars whose classic clips appeared in the movie. (I just kept thinking, "What did Alice Faye think of this mess???")

I would love to know how Doonan thought this went. 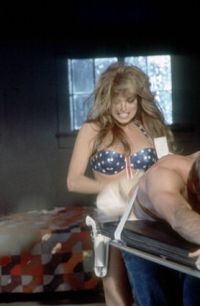 The movie itself is something I remember watching in college and being stupefied that it had been made. I mean, somehow, over 40 years ago, Mike Sarne, a former pop singer and confirmed heterosexual, adapted Gore Vidal's high-concept literary sensation about a malicious, movie-obsessed transsexual into a film that mixes scenes such as a young stud being ass-raped by then-reigning sex queen Welch with clips from Hollywood films of the '30s and '40s. The proceedings feel like they want to be Felliniesque (and might've been dynamite in the hands of a Kubrick) but instead are just plain strange.

I actually would love for Myra to be remade using Sarne's idea to intercut movie clips with the action; I just would like for it to be remade with more dialogue, more of a linear narrative and far better clip choices. How many times do Laurel and Hardy need to show up? 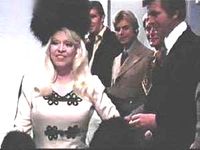 Welch is so perfectly cast but simply couldn't act at that point. West is highly entertaining when first seen interviewing studs (including Tom Selleck) and quite funny, but her line readings are pretty abysmal later on, as are her beyond-the-beyond vampy songs. There is something indelible about West standing there patting herself down while crooning about what a sexpot she is that one can never quite forget.

A lot of fun was had; my main regret is I'll be in L.A. so can't be there tomorrow to see Welch interviewed live by Dick Cavett!

P.S. I would love to upload some video but my computer at home won't upload large files suddenly. Any advice? I have a Mac, using iPhoto, tried ImageBrowser and Image Capture...