There He Is: An Interview With Mr. Broadway Andrew Chappelle Comments (1) 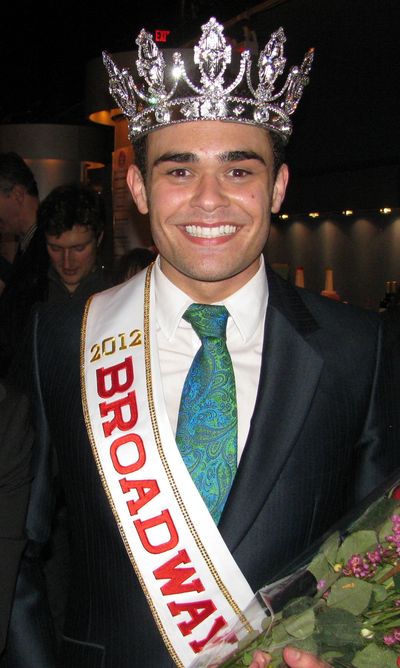 King of all he surveys

Against a tough, hungry field of boards-treading beefcake, Mamma Mia's Andrew Chappelle recently claimed the title of Mr. Broadway at The 6th Annual Broadway Beauty Pageant. As usual, good looks and a body unlike yours (well, at least unlike mine) were prerequisites, but the show also tends to reward over-the-top talent, as in the case of Chappelle's hysterical stand-up routine about the ups and downs o high heels.

I pounced on Andrew in his moment of happiness in order to bring you this peek at the man behind the crown... 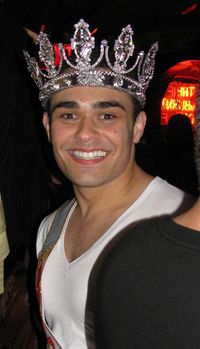 Boy Culture: Why did you decide to enter the pageant?

Andrew: I thought it would be a fun way to raise money and awareness for The Ali Forney Center as well as connect with some old friends and make new ones. The pageant was all of those things and more. I hear they raised a record $75,000!

BC: Did you really and truly not take it as a serious competition, and only do it for fun? Or was there a strong urge to win? Are you competitive in general?

AC: I definitely took it seriously. I approached the pageant with comedy because I had a feeling the audience and judges would appreciate my brand of humor/camp. I thought if I could win their hearts with laughter then I maybe had a chance of winning. And yes, I am a pretty competitive person. I think you have to have a competitive edge to be in showbiz.

BC: Tell us about how you decided to do the performance you did for your talent...had you done stand-up before? Did you write that yourself? Where did you rehearse it?

AC: Ever since I was a kid I was able to make my friends laugh but I never really thought about doing stand up until the last six months. It was actually my first time doing stand up EVER! I wrote the material and after a while all the jokes ran together and nothing seemed funny anymore! It was a very nerve-racking process. Lots of rewriting and self doubt. But I was proud of the finished product. I rehearsed a lot by myself working on the timing and the physicality. And I would do the routine for my cast mates backstage in between scenes at Mamma Mia! I watched iconic comedians like Bill Cosby and Richard Pryor, but ultimately I just had to be myself and hope that the audience liked me. That’s what I’m most proud of, that I was 100% myself.

BC: Who were your biggest sources of support as you prepared for the show?

AC: The cast of Mamma Mia is a really special group of people. They are like family, friends, mentors and cast mates all rolled into one awesome supportive group of people. It was two of my fellow cast mates that urged me to do stand-up comedy before I was even offered the pageant. Once I decided to do it as my talent, everyone was so excited and supportive of me and what I was going to talk about. Everyone would come to my dressing room and give me little bits of advice that they had in their experience. In fact, the day before the pageant I performed my stand-up for the entire cast before the show. They couldn’t come to the pageant because there was a show that night.

I also had the help of the incredible Ron Glow at the Mamma Mia costume department that helped me create my swimsuit look.

BC: How long did you guys have to rehearse?

AC: We had two rehearsals prior to the pageant to get the opening number up on its feet. Then the day of the pageant we pieced the show together, did last-minute adjustments and crossed our fingers.

BC: Did you spend extra time working on your body for the swimsuit competition? You seemed to approach that very comically (and supergay)! 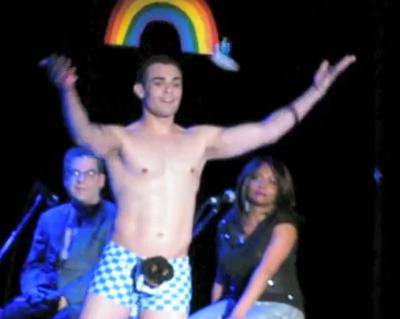 AC: Wait, my swimsuit was gay? [Yes!—Ed.] I have a great personal trainer, Cory D. Stewart. He has a private studio in the village and is a terrific trainer. He was at the pageant cheering me on!

BC: When the judges quizzed you about Judy Garland, what flashed through your mind? Have you since learned who Joey Luft is? 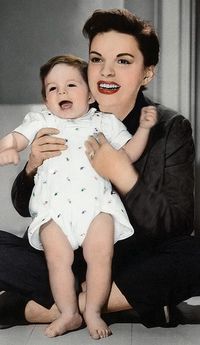 AC: When he asked about Judy I was thanking my lucky stars about my swimsuit choice! As for Joey Luft? Yes, he is her son.

BC: Was the question about how you'd address the kids of Ali Forney stressful? Anything you'd like to add to your heartfelt answer?

AC: Oh, my God! Did you see my panic!? It was very stressful. I would also say to them just to keep their head up because things ultimately change for the better. We all have hardships in our life and how you deal with those is a testament to your character. My father died when I was five. I endured a lot of struggles growing up without a dad and not having anyone to teach me how to shave, tie a tie or throw a football. But I figured all that out and found that I really had no business throwing a football after all. 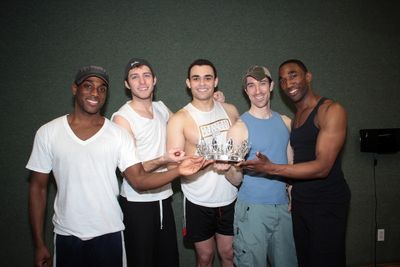 BC: What did you think of the other guys' talents and swimsuits and performances overall?

AC: The other guys are all so talented. I loved seeing what everyone had been working on because none of us had discussed our talents with one another. I was also really impressed with the inventiveness and creativity of their swimsuit presentations.

BC: Who was your fave judge and why? 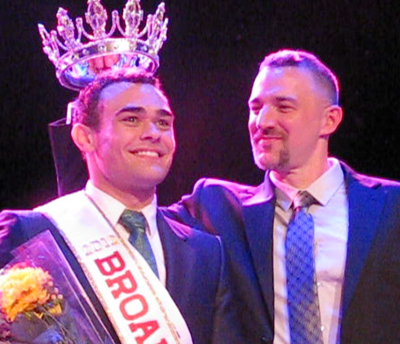 BC: What advice do you have for future contestants?

AC: My advice would be to have fun, get to know the other contestants, be yourself and do your best. Above all, remember why you are there, which is to support a charitable organization. When we were backstage waiting to go on, a couple of us were reading about Ali Forney’s life and death and it put everything into perspective.