The Art Of Being Phyllis Diller Comments (5)

It's been a crazy week filled with the stress of packing up and moving my office of 12.5 years from Times Square to the southernmost tip of Manhattan, so I've had zero time to write about my most star-soaked weekend ever. 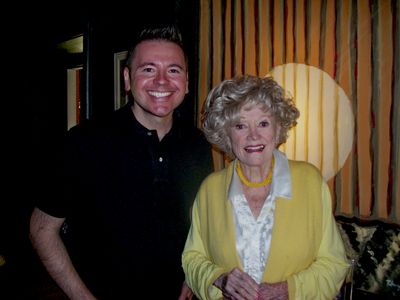 Meeting up, just for laughs

The trip started Friday with a visit to the home of Phyllis Diller. At 94, Phyllis no longer paints, but she still helps sell her inventory of original works, which includes everything from massive $10,000 canvasses to sketches on newspaper to prints. I met up with my starfucker buddies Brian, Don and Rich and we were welcomed into Ms. Diller's lovely Brentwood home by her caretaker and assistants. 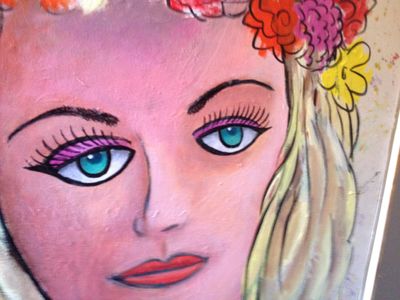 Creations of a pretty lady

First up, we were shown her Bob Hope sitting room, complete with a bust of the man. It looked like the room children wouldn't be allowed into. The rest of her crib is homey and tasteful, with scads of Diller originals hanging all over the place, complete with price tags. 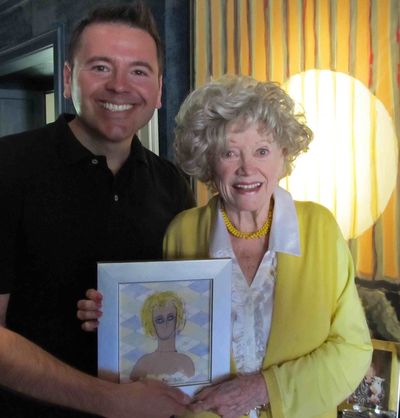 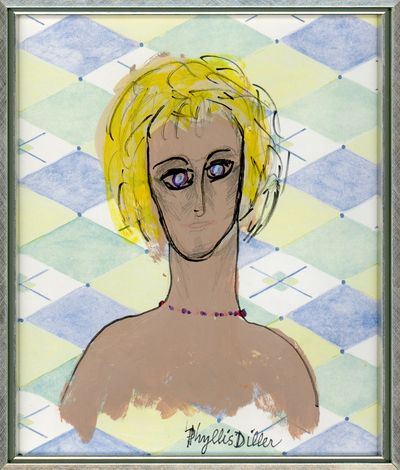 I wound up with a really charming painting (entitled Lenore but resembling a self-portrait) that was very much in the style of pre-Pop Andy Warhol's illustrations. I wasn't too keen on some of her pastoral scenes (sporting curvy Vs as seagulls), but loved her giant works, which would look great hanging just about anywhere. 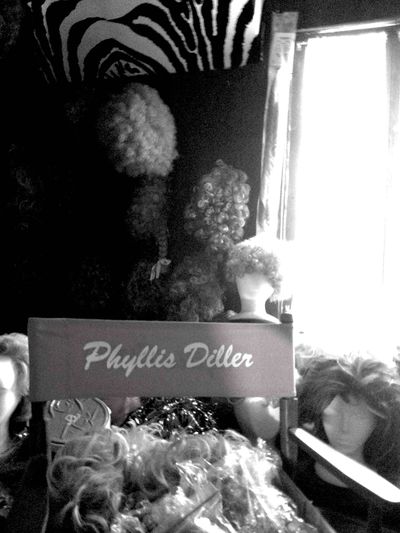 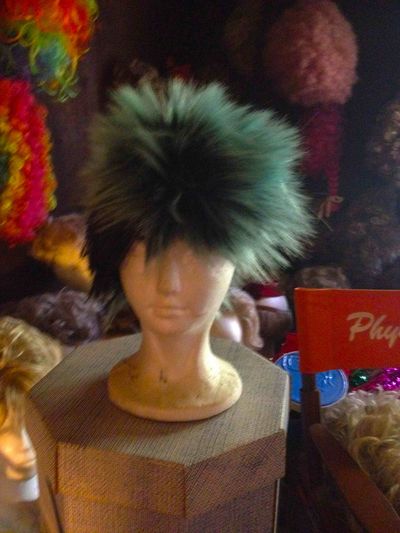 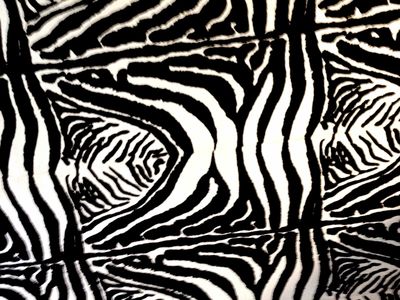 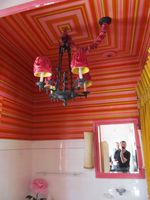 Once we toured each room, including a bathroom with a ceiling that might cause constipation and her hallowed wig and costume chamber (that stuff's for sale, too—ask about the $300 cigarette holders if you're lucky enough to be invited in), Ms. Diller came out to greet us. 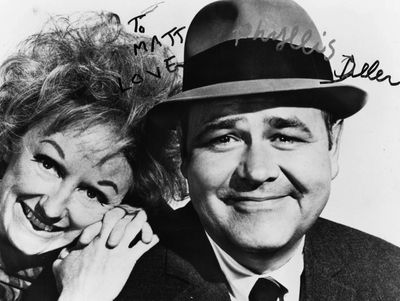 She looks fantastic but is a bit hard of hearing and more than a bit hard of seeing. "Hi, I'm Matt," I told her. "Hi, I'm blind!" she cracked. She's as sharp as ever when seated and focused on conversation, remembering her movie with Jonathan Winters Eight on the Lam ("That was a good story. I just thought the female love interest was...weak."), reacting negatively to a comment about religion ("The Lord? The Lord doesn't give a damn about you.") and speaking fondly of her neighbor Julie Newmar. The funniest conversation was when Brian brought up hairy backs and she said, "Do you know who has a hairy back?Robin Williams. He is a phylogenetic throwback to the apes!" When she realized her wig was slipping, she said, "I don't think this is on right...I may not have hair on my back, but by God I'll have hair on my head!" 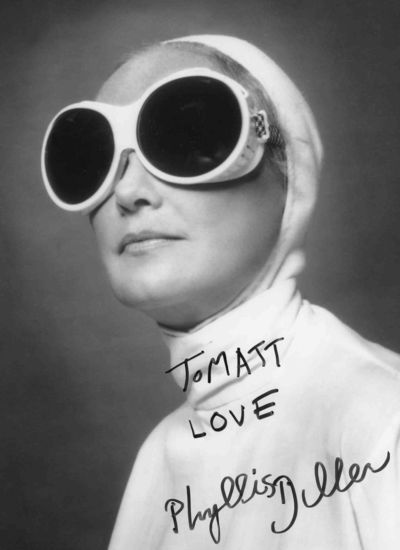 Enough to make me cackle with joy

She's a star but a starfucker herself; her home is drenched in photo ops, with special prominence given to those of her with George H.W. Bush, Ronald Reagan and Frank Sinatra.

Signing autographs was a bit much for her because her vision is impaired close up. Some were done beautifully, others would start in black and then switch to silver and then back to black again. Shrugs. It's art! She was a real doll about photo ops with all of us, expressing approval over each piece we had bought. "Jungle Boy, I love that one!" she exclaimed. When told it was actually Jungle Joy, she joked, "Whatever the hell it is." 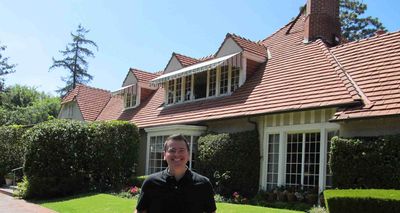 We left her with a double gin martini and a big smile that matched ours. True entertainment royalty, and the best reason I can think of to watch Scooby-Doo reruns.