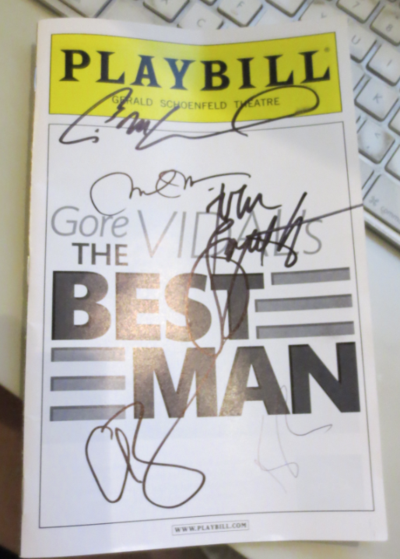 Lauren Bacall as she appears today, from here

As wonderful as both men are in their roles, James Earl Jones (in color-blind casting) as a former president and always good ol' boy and Angela Lansbury as a deceptively fluttery party stalwart steal the show each time they take the stage. Candice Bergen has warmth and melancholy as a not-so-willing political wife who hasn't been touched by her husband in years, a characer quite the opposite of her counterpart, a screechy, bluntly manipulative social climber played by Kerry Butler. Michael McKean has a plum role as a political advisor; in fact, just about everyone on stage is a familiar face, which probably helped to hold interest in the longish play (two 15-minute intermissions). 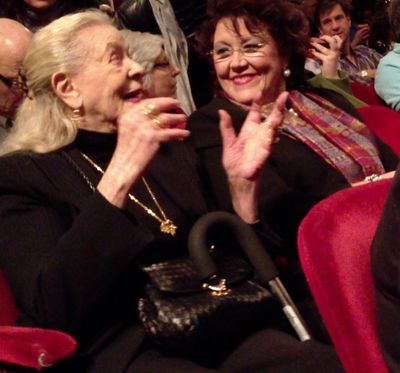 I was a bit distracted—as soon as we sat down, I spotted Lauren motherfucking Bacall seated on the aisle halfway back...and then Sean Young (in a fur coat, dressed to the nines) a few people down from her. As soon as the play ended, I headed out in front o Ms. Bacall, who was being assisted out and to the stage door. I politely asked for a photo and she put her lips together and said, "No." Firmly. I didn't mind—she's elderly and walking with assistance and not promoting anything. She Lauren Bacalled me from my head to my toe. 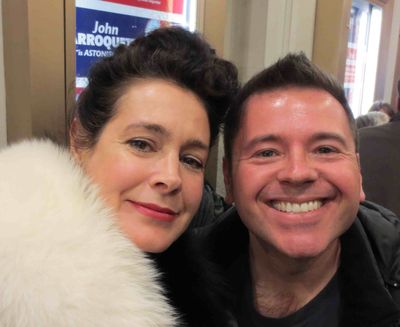 There was no way out once I drew attention to her 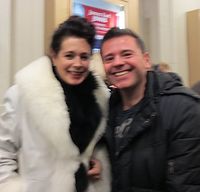 Sean Young was much more game, stepping off to the side outdoors and laughing with me as a passer-by (Jason hates taking pictures for me and had lingered inside) tried to snap one with the shakiest hands we'd ever seen. "That'll be blurry. Here, I'll do it" Sean said, taking the camera and taking a nice one of us together. I apologized when it appeared she'd be swamped by others taking my lead, but she seemed game.

The stage door at this theatre SUCKS. It's right next to the entrance, so it's a clusterfuck. I stuck around and got autographs from the entire principle cast except for James Earl Jones (who snuck away without attracting any attention) and Angela Lansbury, whom I'd been told doesn't do this crap anymore so it didn't surprise me when she was helped into a car and gave us all a big smile and wave instead of an autograph. 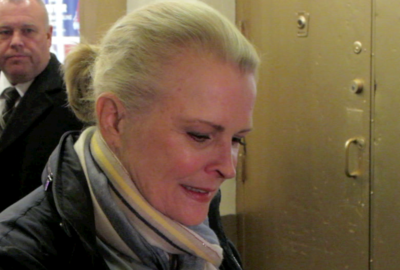 I complimented Larroquette on another great show after How to Succeed and told McCormack I didn't think he had it in him to be so slimy. "Slimy is my middle name," he quipped, before saying, "No—it isn't." People were taking pictures with Eric so I tried, but Jason was behind me so I relied on another guy and, well, the angle is terrifying. My head couldn't be bigger. It's almost deserving of a new meme: Ridiculously Unphotogenic Guy. 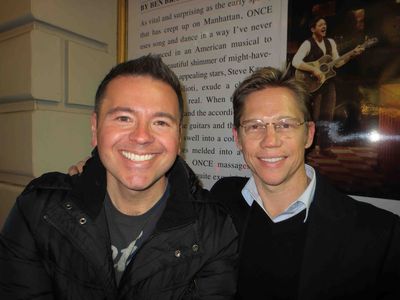 We took off, but I spotted actor Jack Noseworthy outside Once and Jason came through, doing the photo honors nicely this time. Jack was a sweetheart, only to happy to pose, and recommends Once. 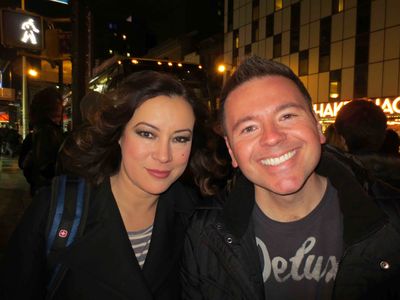 Bound to run into each other

If that wasn't enough, as we made our way down Eighth, I ran into Jennifer Tilly! How much do I love her? I collared her for a pic-with and she was very game, providing photo approval and telling us to come see her in her farce Don't Dress for Dinner. 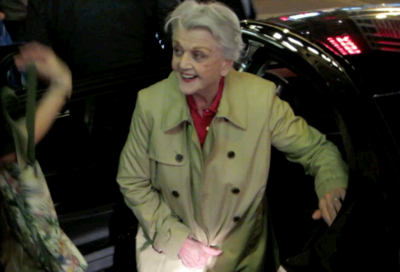