Arrived late to Big Ang's launch party for her book Bigger is Better: Real-Life Wisdom from the No-Drama Mama (Gallery, $21.99) only to discover I'd missed a chance for a one-on-one with the reality sensation. The book looks like a breezy read. On the page I flipped to first was the header, "A Friend Today Could Be an Enemy Tomorrow." 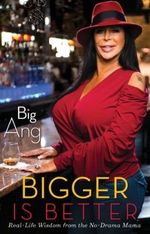 Ang was holed up at the new Cutting Room on E. 32nd, surrounded by a, uh, mob of well-wishers. Everyone was grabbing her for photos. When it was my turn, she said no because she was heading out to smoke. Not being an avid Big Ang watcher, I miscalculated the near-total devotion she inspires in others, so I said something like, "Fuck her if she can't wait for me," only half-seriously. Two guys who were going to help me get the photo looked like I had just wished Kylie Minogue dead. Mea culpa! Fabulous publicist (aka fabulist) Chip Duckett introduced us and she graciously posed for the above shot between puffs. 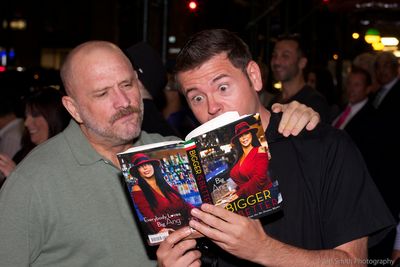 Ran into some drunken friends, one of whom was sober enough to take the lovely photos, the other of which was feeling no pain so had no problem loudly saying things of the crowd like, "These people aren't putting it on...they're really like this!" His buddy—tall, strapping, bearded, in plaid—overheard an attendee saying, "Who the fuck is that? He looks like a lumberjack!"

As Old As You Reel: A Trip To Cinecon Comments (11) 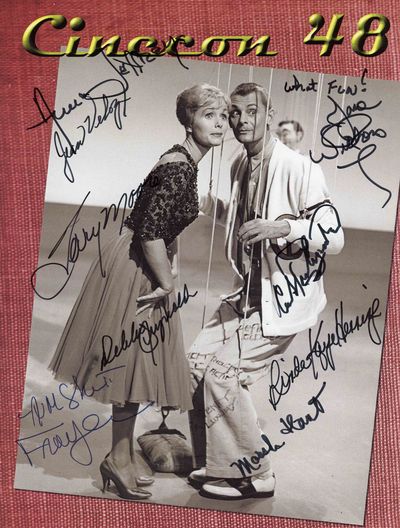 I spent five days in L.A. attending Cinecon 48, a film fest dedicated to the screening

and ultimately the preservation of classic early films. The fest offers over 40 films and events, capped off by a banquet at which the board gives deserving performers career-achievement awards. This year, the winners were Carleton Carpenter (who you might best remember for dueting with Debbie Reynolds on "Aba Daba Honeymoon"), Richard L. Bare (classic '60s TV director) and Phyllis Coates (the original "Lois Lane" on Adventures of Superman in the '50s). Debbie Reynolds was on hand to give her old co-star "Carp" his award, and her performance at the banquet amounted to a free taste of her bawdy nightclub act. 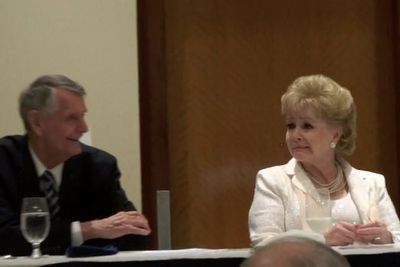 Fasten your seat—never mind, it's gonna go down pretty smooth