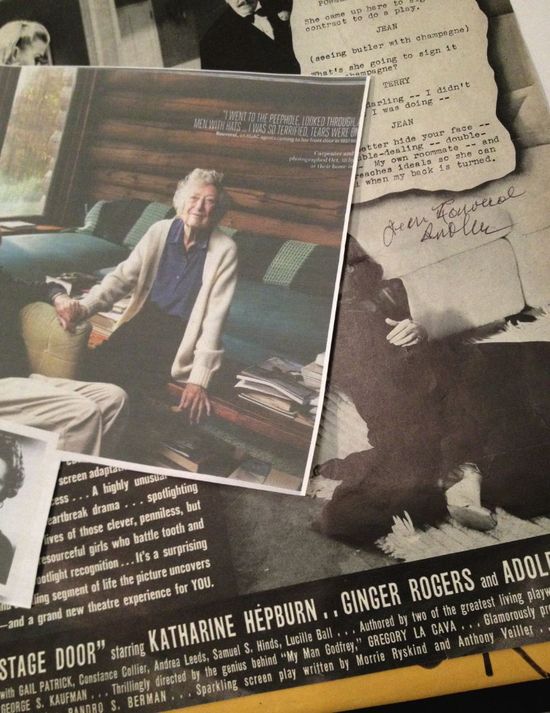 Rouverol as she appears today, along with her autograph 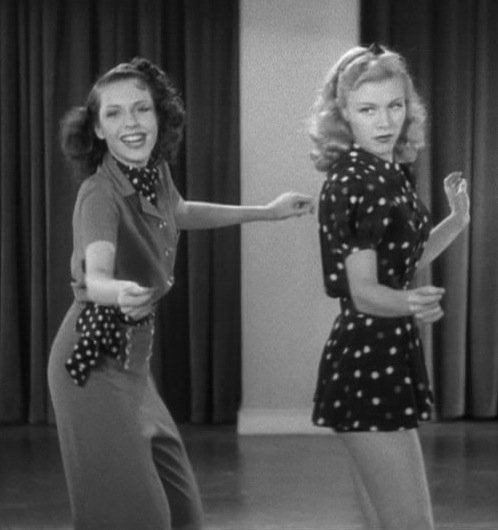 Ann Miller and Ginger Rogers cut a rug (or two)

Gordon was fascinated by the story of Andrea Leeds (1914—1984), who received much acclaim as terminally dejected "Kay Hamilton," an actress beginning to realize that her greatest glory on stage had already happened. Leeds left Hollywood after marrying rich and died relatively young (69) of cancer. Just as fascinating to me was realizing another of the film's actresses, Gail Patrick (1911—1980) also married rich (third time was a charm) and gave up her career, also dying of cancer at the same age. 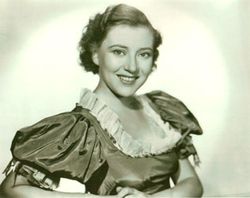 But as I always do with old movies, I immediately searched to see if anyone could possibly still be alive from a production that would have been filmed 76 years ago...and I found one. Jean Rouverol (1916—), who played "Dizzy," is still alive and after being blacklisted in the '50s as a Communist (and fleeing with her family to Mexico to avoid being subpoenaed) enjoyed a writing career and several stints on the board of directors of the Writers Guild of America.

Along with Stage Door, she appeared as W.C. Fields's daughter in It's a Gift (1934), which featured this famous scene:

Ms. Rouverol was easy to find, so I sent a vintage Stage Door ad from a magazine, which was promptly returned signed "Jean Rouverol Butler" (her married name). Her assistant sent an article about Rouverol and her live-in companion, 97-year-old voice actor Cliff Carpenter (1915—) along with the signed ad.