The Brother I Never Had: A Tribute To Dan Routhier Comments (7) 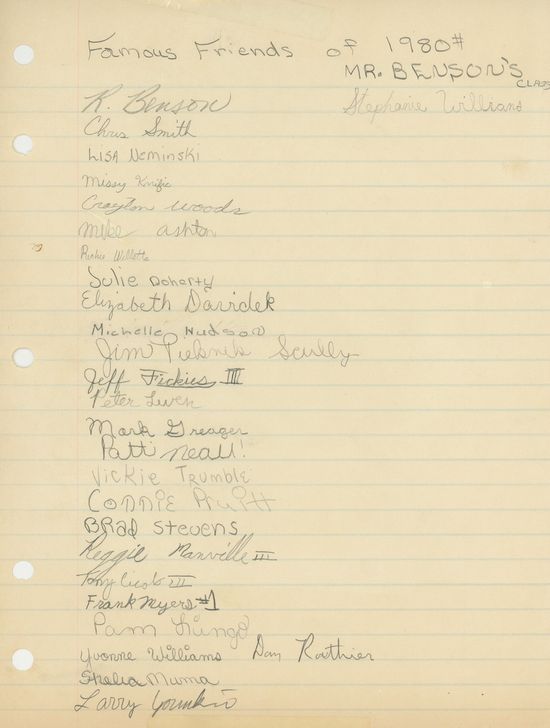 I had all my fifth-grade classmates sign this. Dan put his name next to his girlfriend, Yvonne Williams, who was a babe and twice his height.

In the fifth grade, I became best friends with one of the most popular boys in our class. It was a coup for me, having just transferred to that school the year before and being a fat "brainiac." Dan was a jock, an accomplished hockey player. Despite being short, his humor and his innate coolness made him an opinion-maker, to the extent that those exist in the fifth grade. What am I talking about? They are fifth grade.

While friends, which lasted about two solid years, we did some...weird...things. In the sixth grade, for example, we co-authored a short story in which all of our classmates were brutally and creatively murdered by Ms. Plumb, the sweet hippie who was substituting for Mrs. Urnovitz, the glamorous Jewess (so few of those in Flushing, Michigan!) who had commuted each day from Detroit, but who was out on maternity leave.

As cool as he was, he was also shy and curious. I remember him asking me point-blank if I'd ever kissed a girl and then saying, "I thought so," when I replied that I hadn't.

I think, being a nerdy Spelling Bee champ, I gave Dan the kind of insular friendship (we would never hang out with any of his other buddies) that let him be himself. I know he  gave me the chance to figure out who myself even was. 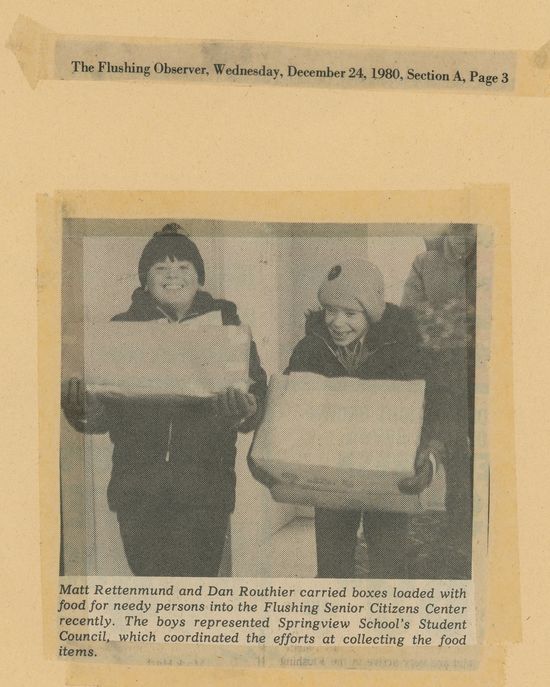 Probably the weirdest thing we did was, for some reason, we collected plastic spools that I think had been used for ribbon of some sort and name them, racing them against each other. Downhill of course. Which is where our friendship went once we hit junior high. He was one of two people I'd ever gotten into a fistfight with, way out in the field behind Springview Elementary, after our friendly ribbing had taken a hormone-fueled turn for the worse. My only other fistfight had been years earlier, and against a "retarded" boy. Let me tell you, Dan was karma incarnate because I enjoyed that second fight a lot less than the first one. Dan beat me handily.

But I don't think we held it against each other, that fight. We just...drifted. As you do at that age, especially when moving from elementary school to junior high.

Still, I always remembered that friendship, remembered our sleepovers when I'd get to hang out with his sweet family and experience what it would be like to be the brother of a star hockey player. One time, close to Christmas, they had a big birthday cake in the kitchen. Hoping it was for me (I'm a Christmas baby...not surprising I'm a Capricorn, eh?), I asked his sister whose birthday it was. "Jesus's," she replied. I started to laugh then  realized she was dead serious. So I got to experience what it was like to be the brother of a religious star hockey player. 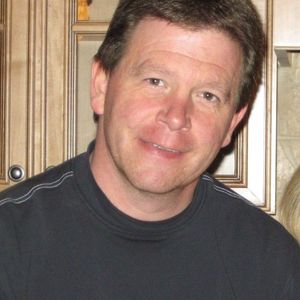 Though we lost touch, I thought of Dan over the years and did Google him a few times. I didn't see him anywhere until I saw a posting  on the Facebook group dedicated to my high school, from which we both graduated in 1987. At first, the way I read it, I thought Dan's brother had died. I didn't remember a brother. Then I read the comments and re-read the initial post and gasped—it wasn't Dan's  imaginary brother who'd died of cancer, it was my imaginary brother from the fifth grade who had.