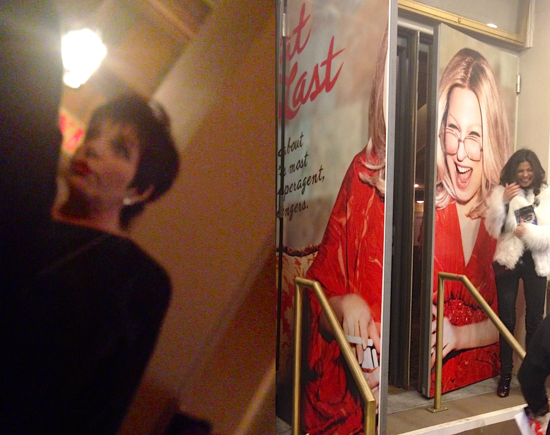 The first thing I ever blogged was a take-down of Bette Midler.

It's not that I totally detest Bette Midler; the elusive gay gene disallows that. But she was not the fierce (snap!) advocate I felt she should be back then. Then there is the little matter of her frequent, often well-placed (the worst kind!) barbs about that other Divine Miss M, the one who is currently fulfilling her destiny as the wind beneath Malawi's wings. 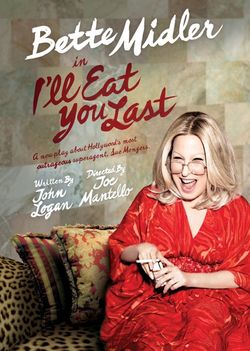 But when I heard Bette Midler was going to play the very-recently-late Hollywood superagent Sue Mengers in I'll Eat You Last: A Chat with Sue Mengers, a one-woman show on Broadway directed by Joe Mantello, I was on board. What a perfect marriage of personalities, made all the more perfect artistically because the two women, while outspoken and lewd, are not clones so much as each possesses a "je ne sais fuck you" vibe that makes the casting so fun you don't even have to see the play to get your first delighted chuckle.

But now that I've seen the very first preview, I can say: You do have to see this play, because this is not just a great idea, it's also a great execution.

The play was written by John Logan, a Tony winner for Red and also the scribe behind the latest Bond flick, Skyfall. Logan gets huge credit for not making things complicated. The entire play is Mengers seated on her sofa in her home, lecturing the audience on movie stars, the business of show, betrayal and Barbra Streisand, who Mengers first encountered "so long ago it was still Bar-BA-ra." Mengers's gutter-fabulous wit and consciously grandiose demeanor (Midler works hard against her own unique speech pattern in order to reproduce the faaabulosity of Mengers's scrupulously over-enunciated words) are allowed to take over, and to shine.

Midler is clearly comfortable in this role, and I don't just mean physically, though she gets to sit on her (slim!) butt the whole time thanks to caftanorexic Mengers's propensity for lounging around, getting high and receiving phone calls. Midler gets to be funny in both obvious and surprising ways, but she is actually also very impressive during the play's dips into sentimentality. Genuine loss and hurt are at Bette's fingertips in the same way bon-bons were at Sue's.

Midler was not 100% off-book last night, but made her occasional requests for a line into enhancements of the experience, slipping out of character to say things like, "Oh, yeah, that's a good one!" At one point, she cracked herself up over a Mengersism about walking with Diana Ross on the red carpet at the Oscars. Let's just say that Miss Ross might want to skip this show.

A word of warning: The play takes place in the early '80s, so is soaked in '70s pop culture references; at one point, Midler ad-libbed to see if we knew who Richard Speck was after a joke about him fell flat. Most didn't. 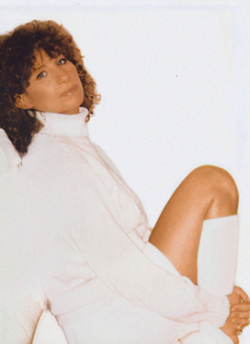 But why would you even question whether you should see a show whose emotional catharsis involves a phone call from Barbra Streisand? This is a show whose only part is that of a woman whose happiness took a swan dive because of Streisand's 1981 mega-flop movie All Night Long. This is a script that makes the personal approval of Julie Harris and Gene Hackman into major emotional issues. Like I said, you must go.

One aspect of the show that will have fans clamoring to figure out the best seat from which to be chosen is when Mengers points to an audience member and commands that he climb on stage, remove his shoes (the rug!) and pour her a drink. At the first preview, a shell-shocked guy in stripes was beckoned to the stage twice, and then called back a third time when Midler was taking her bows. (That he fell in the end and crescent-mooned us only added to the atmosphere.)

What made the evening all the more special for me was when, as I stood with my "date" (full disclosure: one of the producers, but he and you know I would not gild the lily due to friendship), Liza Minnelli came in. We'd just been talking about how no stars would dare show up to the very first preview, and no less than Liza herself did it. She looked great! And those of us who knew she was in the house couldn't help craning to see her reaction when Mengers made a Judy Garland crack and when she later described Streisand as having turned down Cabaret: "Eh, all that dancing."

I'll Eat You Last: A Chat with Sue Mengers is going to be a box-office hit no matter what. There are definitely enough starfuckers out there who won't be able to pass up the chance to sit in the cozy Booth Theatre while the legendary Bette Midler cracks wise for 90 minutes, saucily running through synonyms for "vagina" while telling stories that trash Steve McQueen. But I'm happy to report that even if the show sells out based on Bette alone, it's still a show that deserves to sell out anyway—it's just a fuck of a lot of fun.