On The Level: A Modelizing Look Inside The LVL XIII Luxury Sneaker Shoot Comments (6)

On the Monday of my week-long 4th of July break, I spent the day at a big shoot for LVL XIII, a new brand of luxury sneakers officially launching July 22. I'd been invited to cover the shoot and talk to the brand's creative director and CEO, Antonio Brown, but wasn't sure what else to expect. 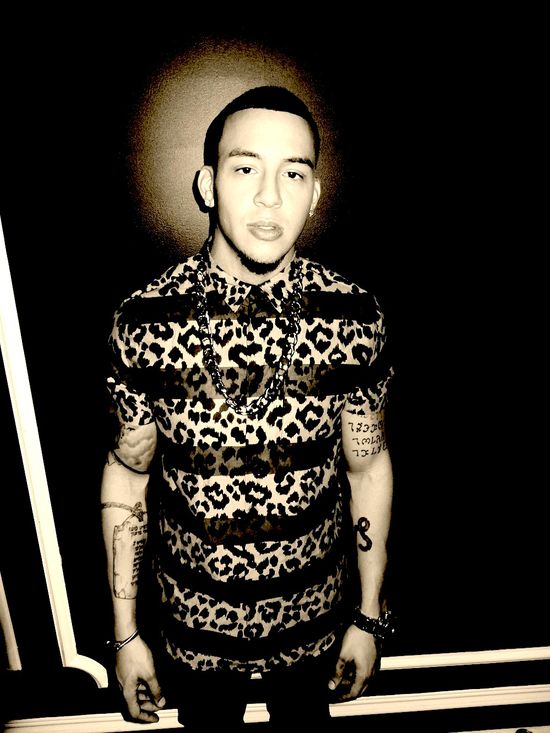 Brown, taking it to another LVL. 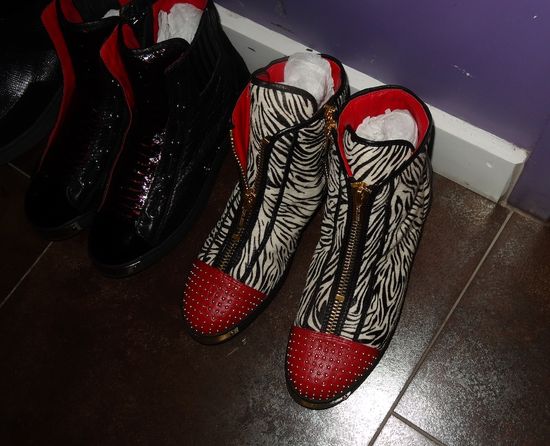 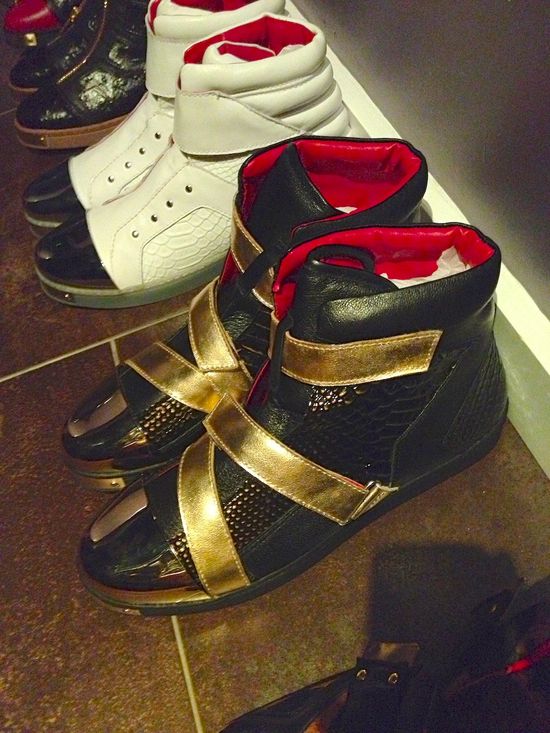 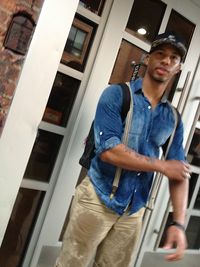 Usually when I arrive to shoots, they're in full swing and I'm ushered over to quickly accomplish what I'm there to do. In this case, I arrived at the very beginning. I was greeted by Brown's adorable, soaking wet (pictured; it was raining out) partner and directed upstairs at Son Cubano on W. 27th, where I found a darkened bar filled with giddy models attempting to look sullen.

A guy videoing for the brand's site was stealing shots here and there, so I joined in, filming what caught my eye. Everyone I filmed—as if trained to do so—ignored me. A voyeur's dream. 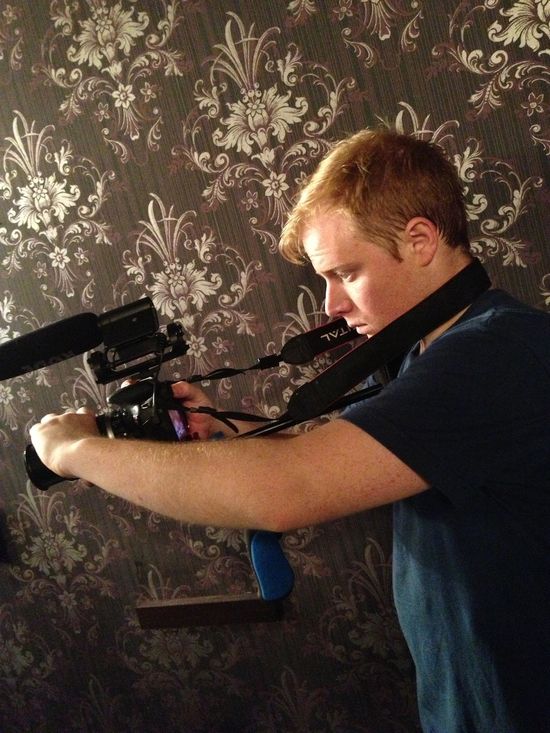 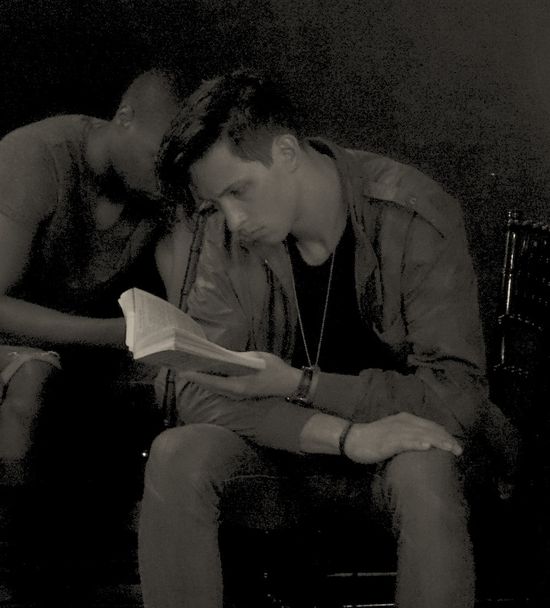 Models can read, y'all.

The concept of the shoot, by Clay Nielsen, was twofold: A recreation of The Last Supper and a representation of a stark naked Adam and Eve. The Last Supper took most of the day, involving a careful arrangement of the stunning, culturally diverse models Brown had selected. Brown, with his muscles and precise grooming as much of a model as anyone there, was extremely particular about the placement of his wild-looking sneakers (zebra! gold!) as well as about the vibes given off by the models. 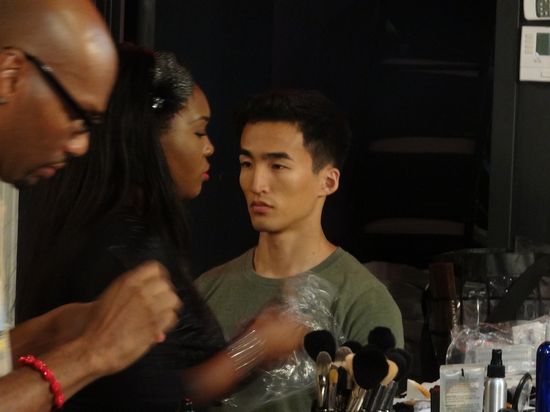 Making up is not so hard to do when you start out looking perfect.

"Jesus," he said, addressing model David Anderson by the character he was playing in the shot. "I'm not getting Jesus from you." Fix it! 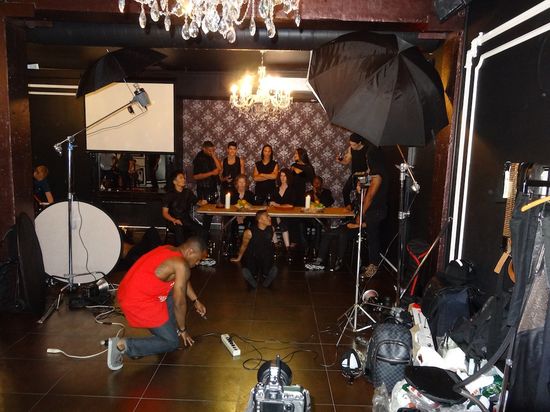 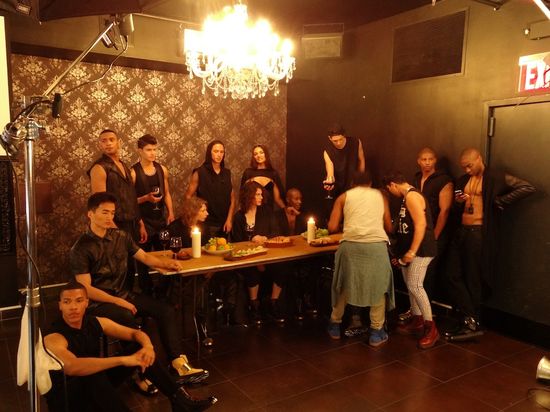 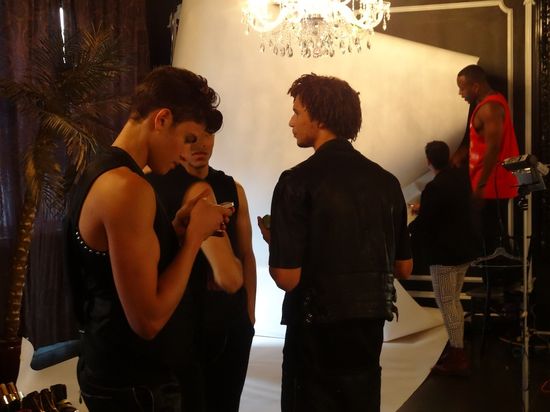 That's a wrap...for the first set-up. 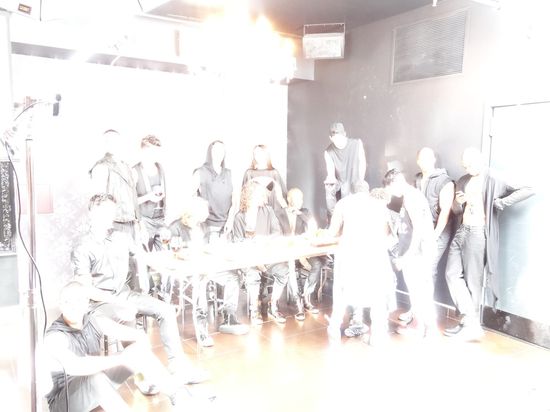 I liked this mistake photo a lot.

While this was happening, I noticed Zack Gilman, a 20-year-old who stood out more as a physique than a fashion model. I quickly surmised he'd be the shoot's Adam. Along with exotic India Irvin, who would be Eve, he was set to pose nude holding a pair of sneakers. Considering his assets, I was pretty much guarnteed to be on hand until the, um, end. 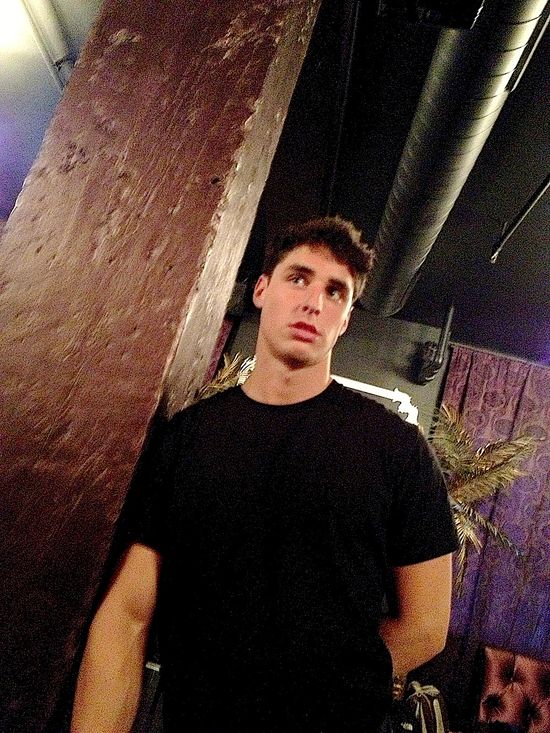 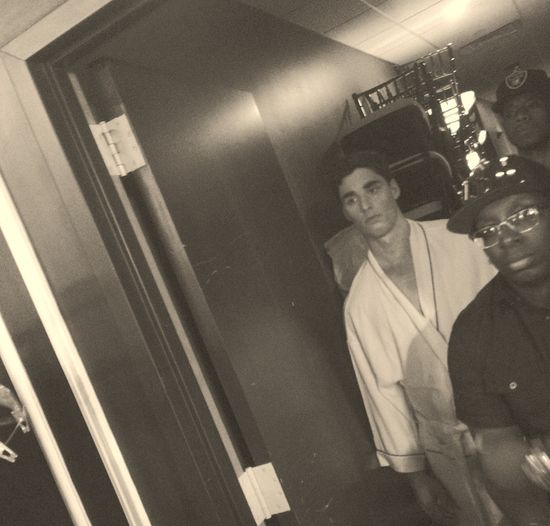 While the first shot dragged on, I spoke with Gilman, who expressed restrained excitement at his big break. He seemed nervous to me—he'd been asked to strip nude and hang out in a thin white robe for most of the shoot, pacing in bare feet—but also at peace with nudity. He told me that in spite of being a Christian, he sees his body as art so does not mind revealing it tastefully. (On his personal site, he offers a close-up of his buns in underwear with the phrase, "Happy Hump Day." Praise Jesus.)

By the time The Last Supper wrapped—the models cheekily ate the food dressing the table—the venue was telling Brown he had to wrap. Knowing he had one more shot to get, he charmed his way into an extra half hour and they blocked out how Adam & Eve would look. They also warned us that they would not tolerate any photography once the models went all nude. Maybe there isn't a God. 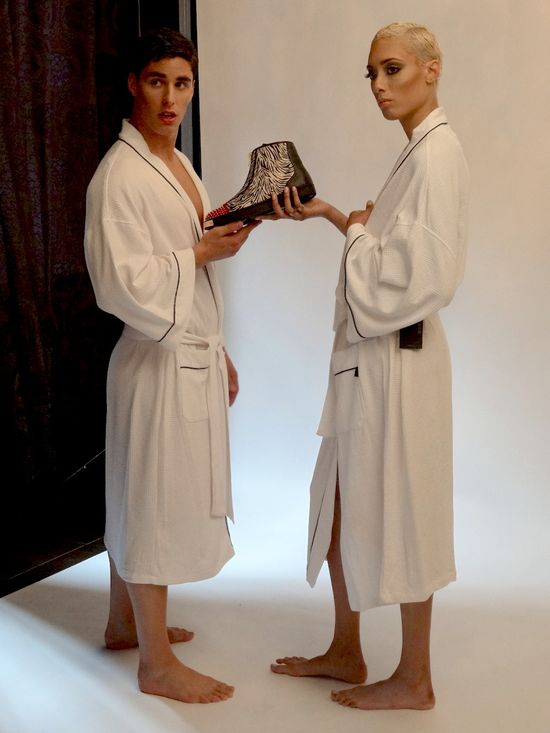 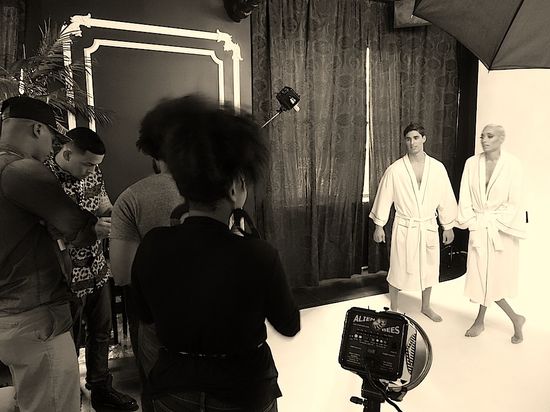 The Garden of Eden should be so lucky.

We watched as the models were coached on how to stand (offering their own input as well). When it was time to drop the robes, Brown could barely stifle a raised eyebrow at Gilman's selling point. He must've been thining in that moment, "I chose well." Both models looked exquisite and ignored nervous laughter from the peanut gallery.

The ads should look amazing. If they don't, at least we know the shoes already do. And as for the models, there was never any doubt.