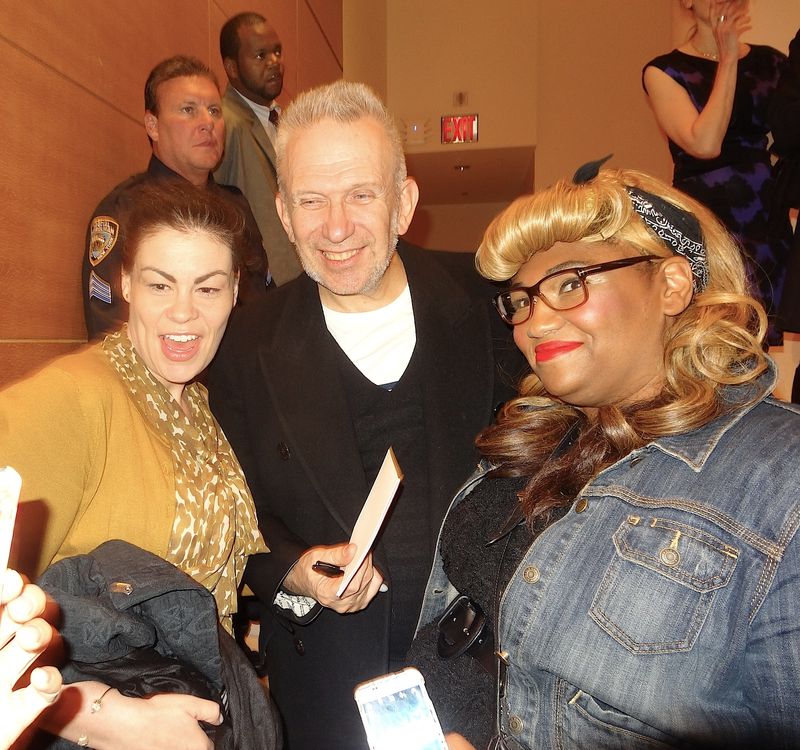 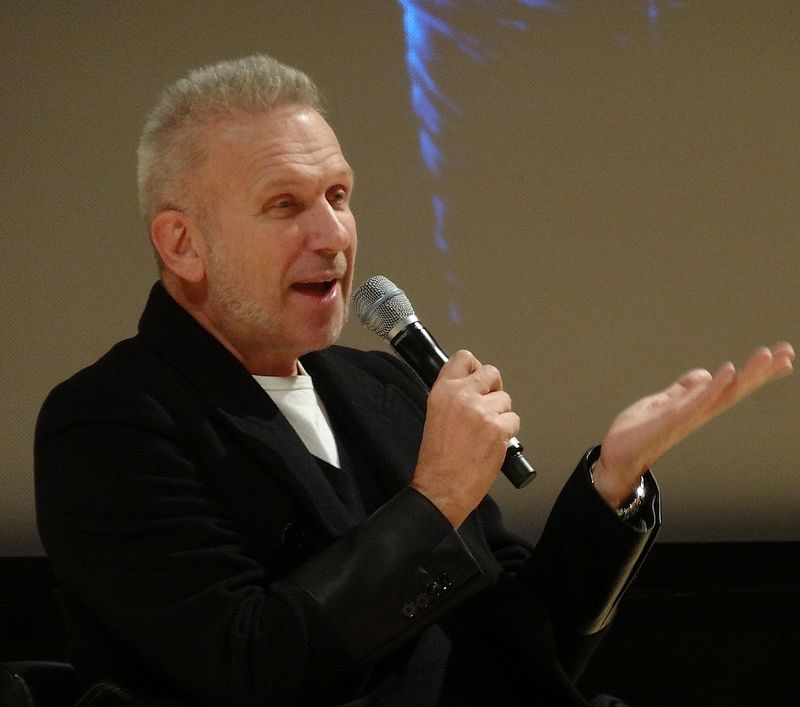 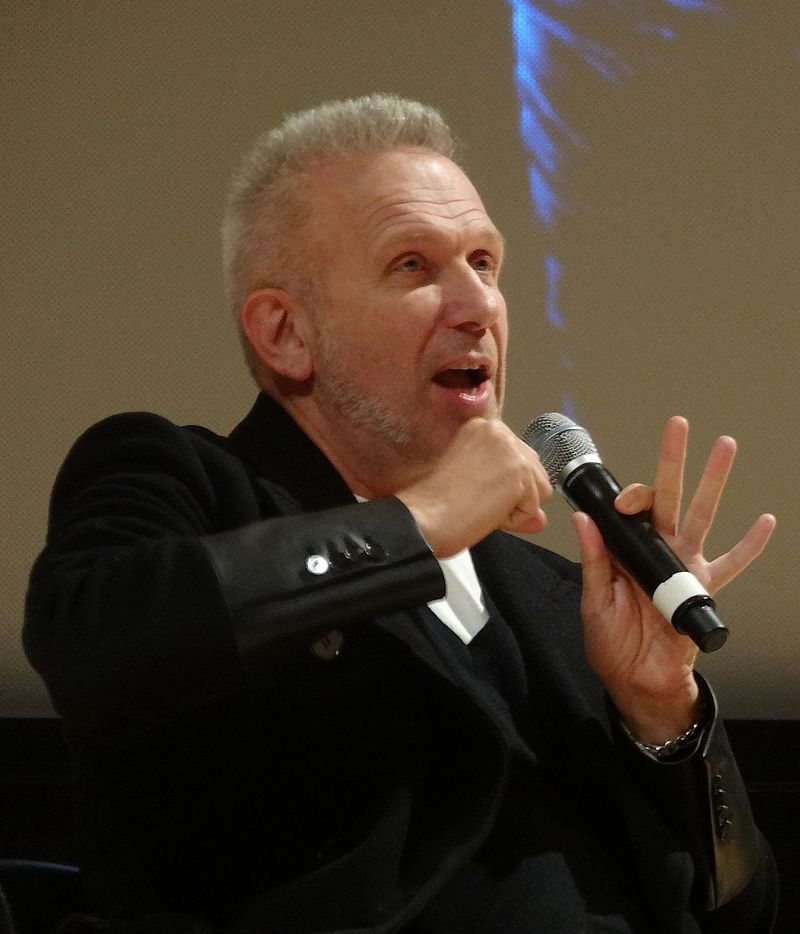 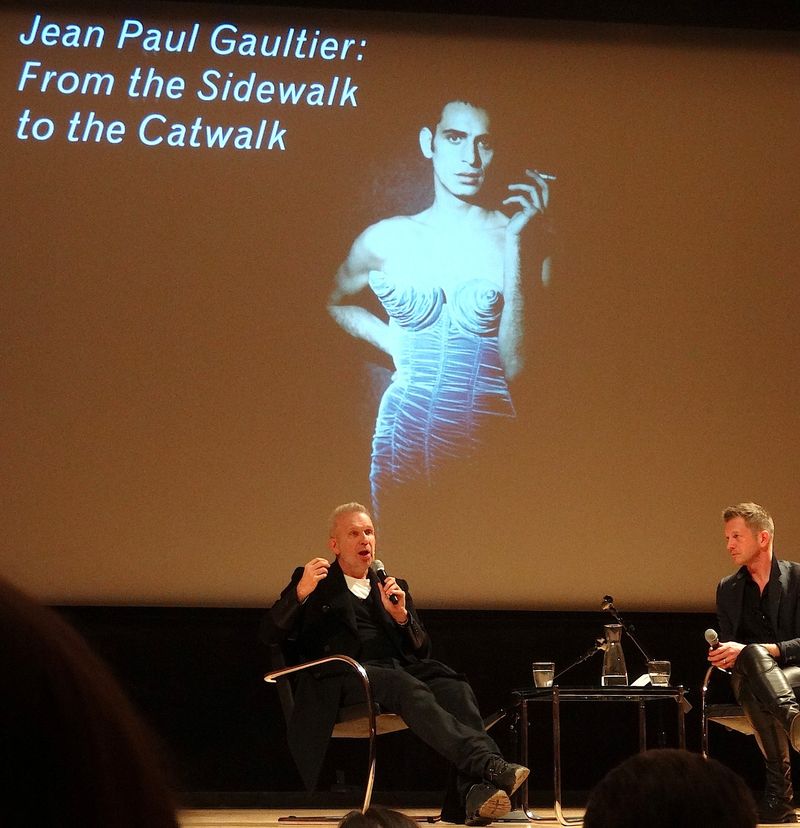 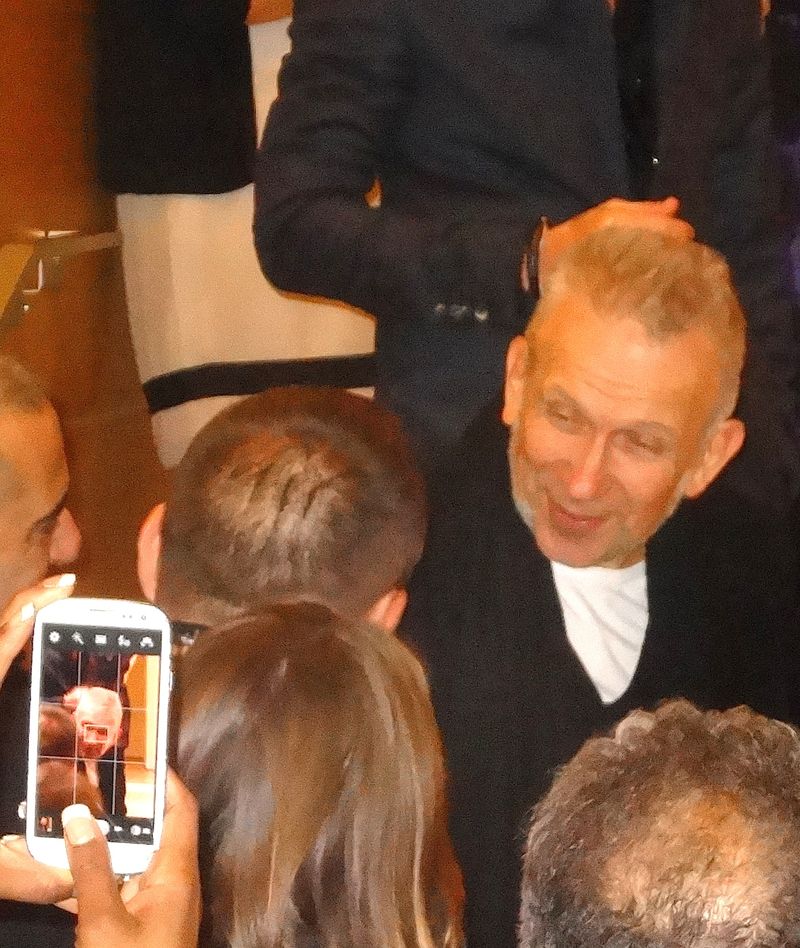 I went last week to hear fashion icon (and musician!) Jean Paul Gaultier, 61, interviewed by  Thierry-Maxime Loriot, the curator of his massive new retrospective at the Brooklyn Museum. 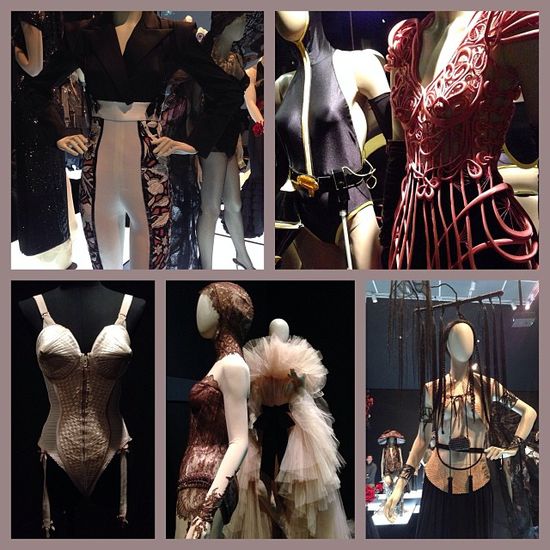 Loriot, a looker in black leather pants, guided the loquacious fashion icon through a series of questions about his humble beginnings (when, as Gaultier pointed out, "I 'ad no muh-NEH!") through his Madonna years and beyond. 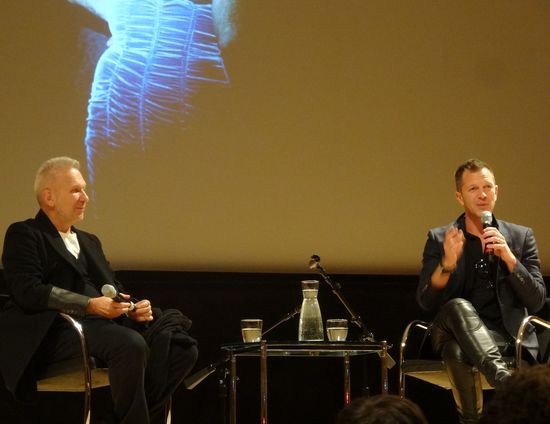 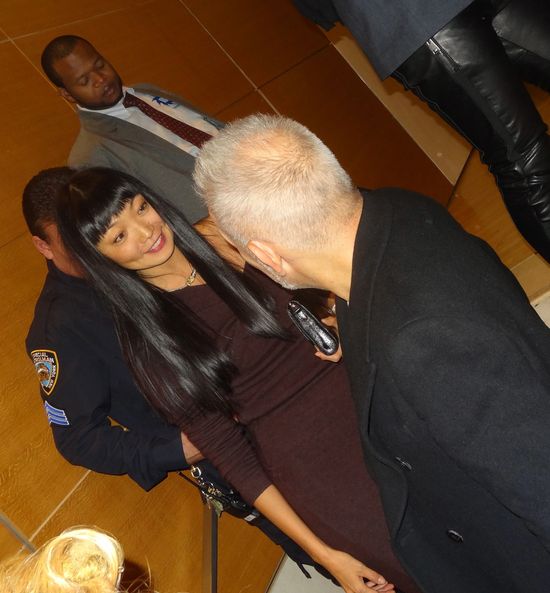 Gaultier was bubbly and quick with a story—and an opinion. Everyone laughed when he said music has been important to his creative process, then seemed to slam current music by saying, "Now, maybe...not." 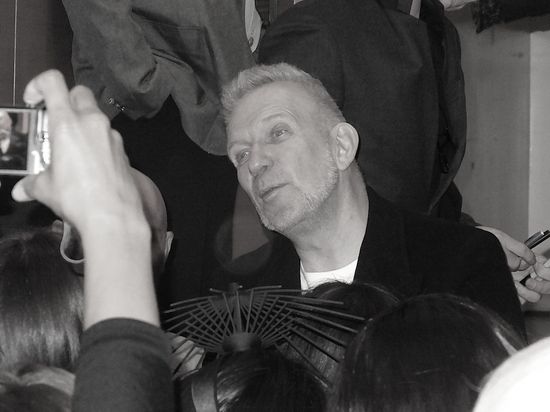 Mugging for his fans 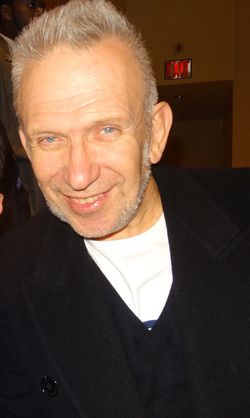 inspired to sketch by the Folies Bergère. His grandmother, some kind of a home nurse who would give injections (!) to her clients, was open-minded, encouraging him in all of his pursuits. Behind every great man is a great grandmother!

Gaultier spoke at length about standard perceptions of beauty, stating:

"There is not one kind of beauty...If you like yourself, people will love you."

He stressed that we must be who we are or we'll be inauthentic and we'll all be the same. This led to the only good audience question, which was about the lack of people of color on the runways, in magazines and in fashion ads. Gaultier didn't hold back, though his powerful answer was diminished the more he spoke, lol, and I wasn't excited by how much praise he later lavished on Galliano:

He did address Madonna briefly, and with great affection/respect:

Afterward, Gaultier graciously stayed behind to sign autographs and pose for pic-withs for every single attendee who wanted both or either. As laid-back as he was, his handler was shrieking, "Move back! I'm not KIDDING!" because of the fact that there were 30 docile fashion fans in front of him. Very odd.

But it was a great time and a rare chance to interact with a fashion legend. 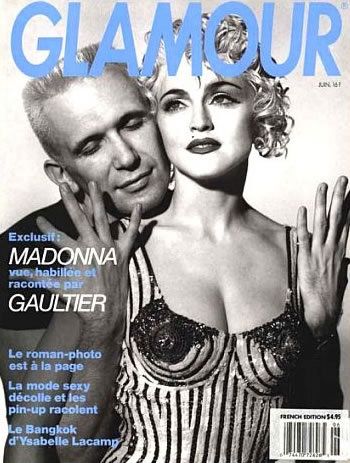 I died when I first saw this cover.

He smiled warmly when I raved about how I felt when I first found French Glamour 1990 with him and Madonna on the cover. Such a nice man, and a real inspiration for LGBT people and creative people everywhere. 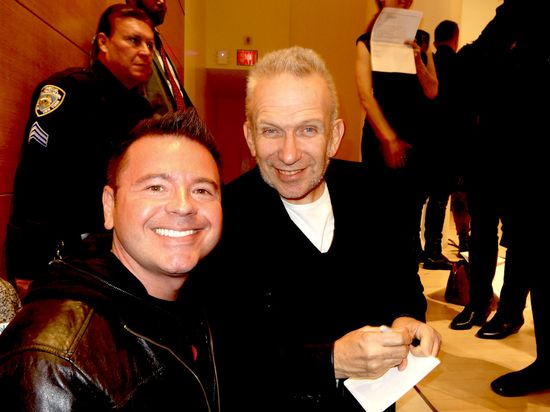 I'm never in fashion, but at least I'm next to it, here.