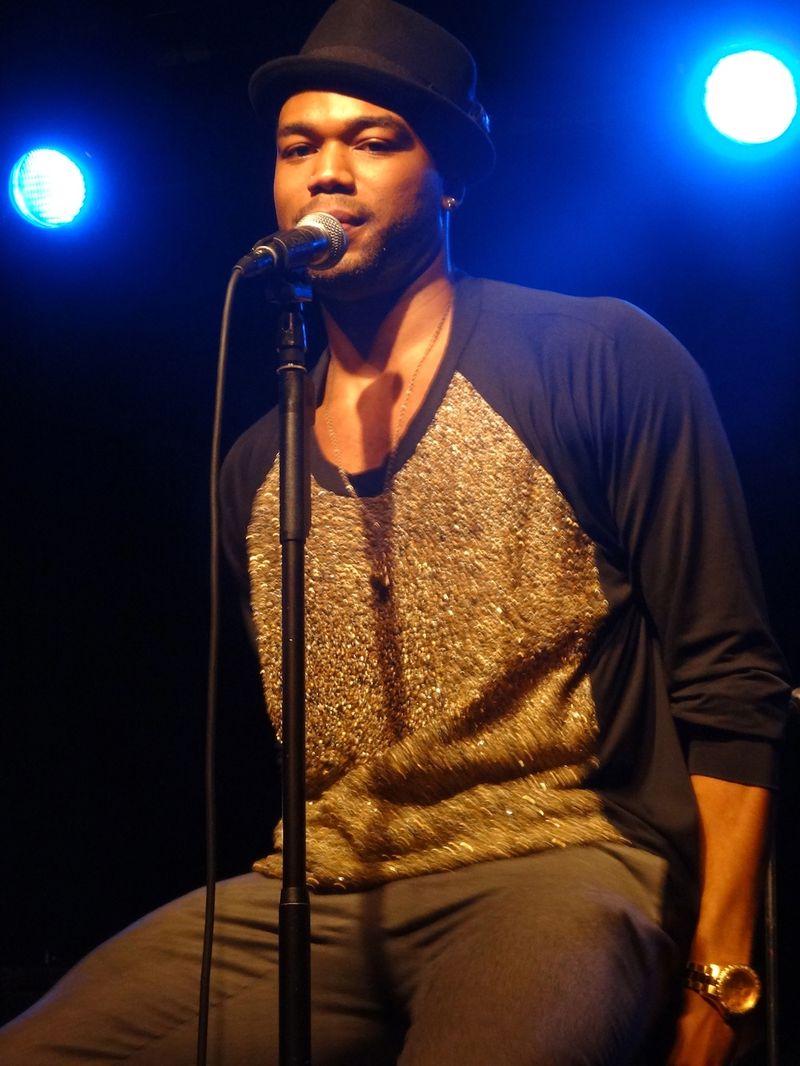 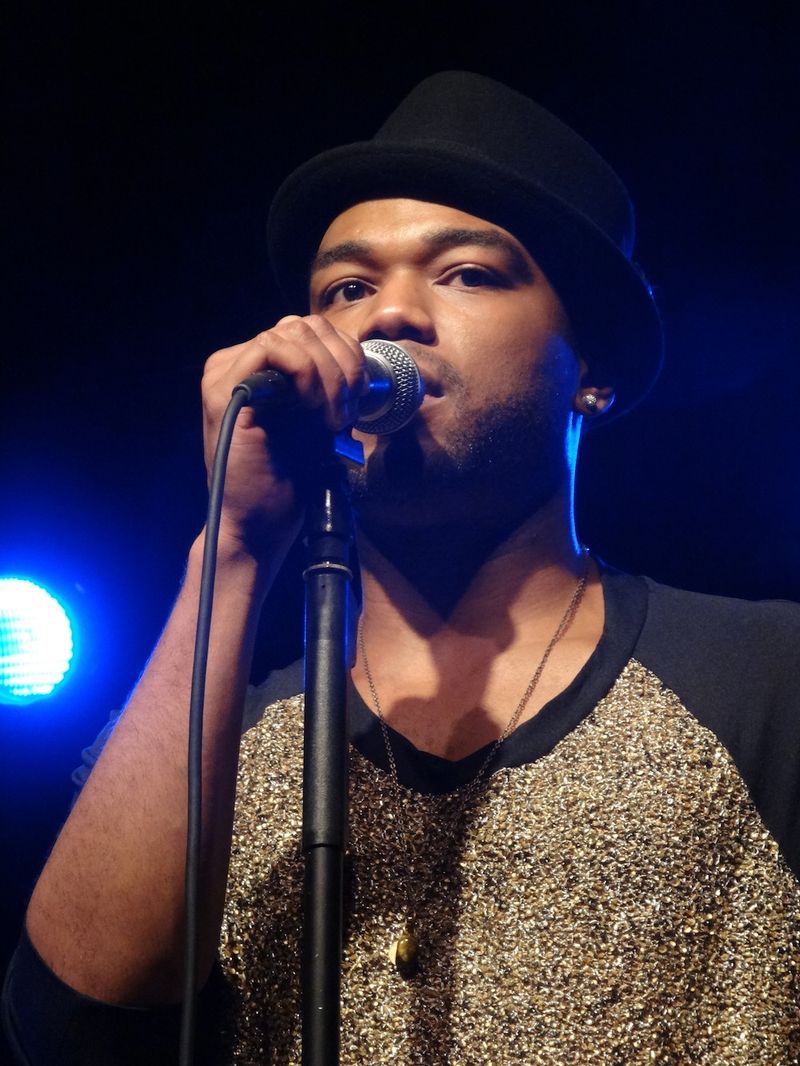 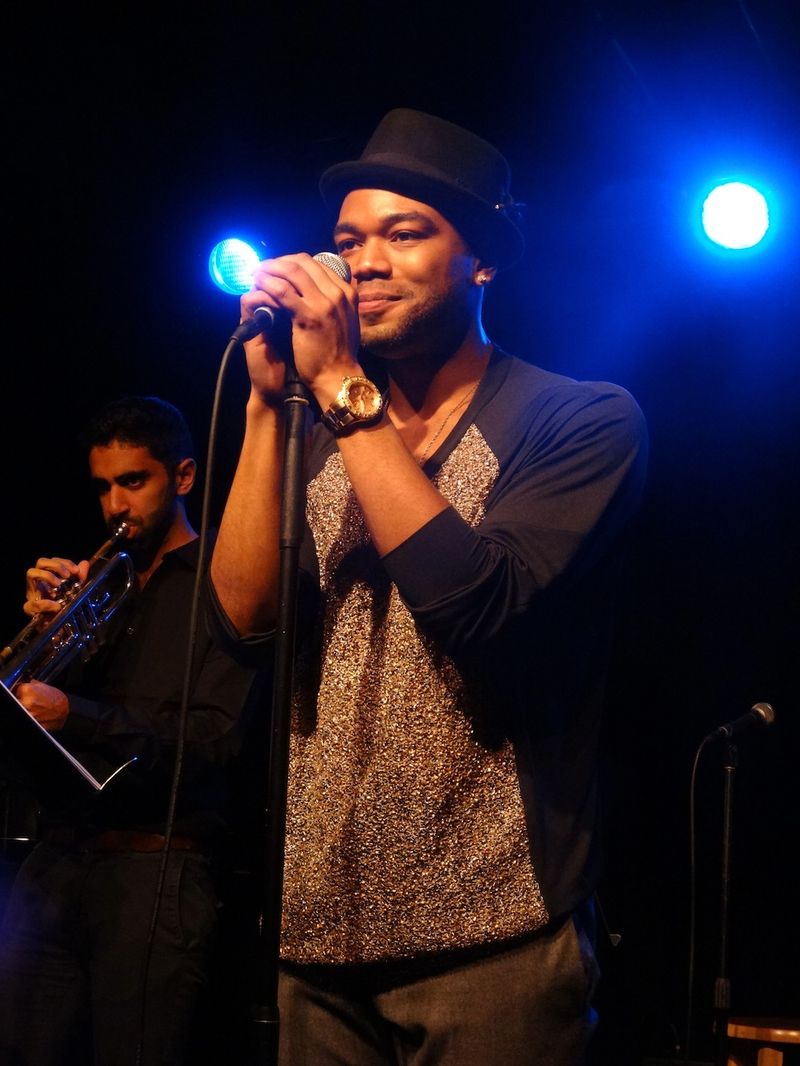 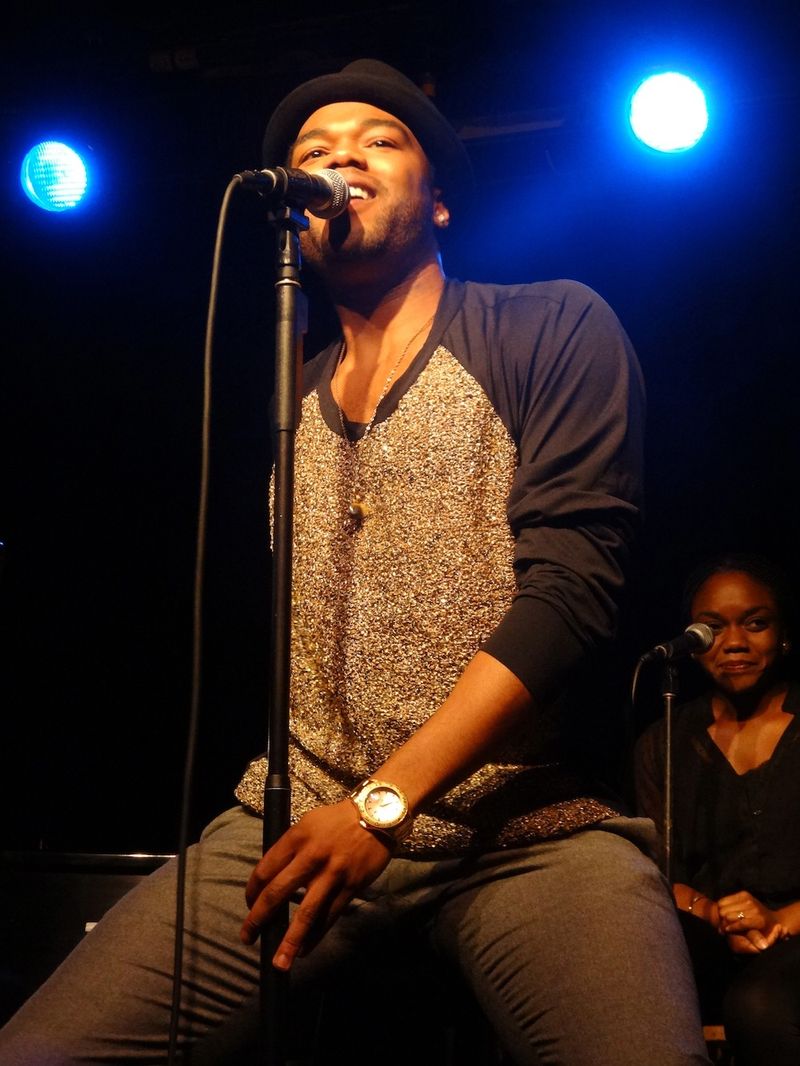 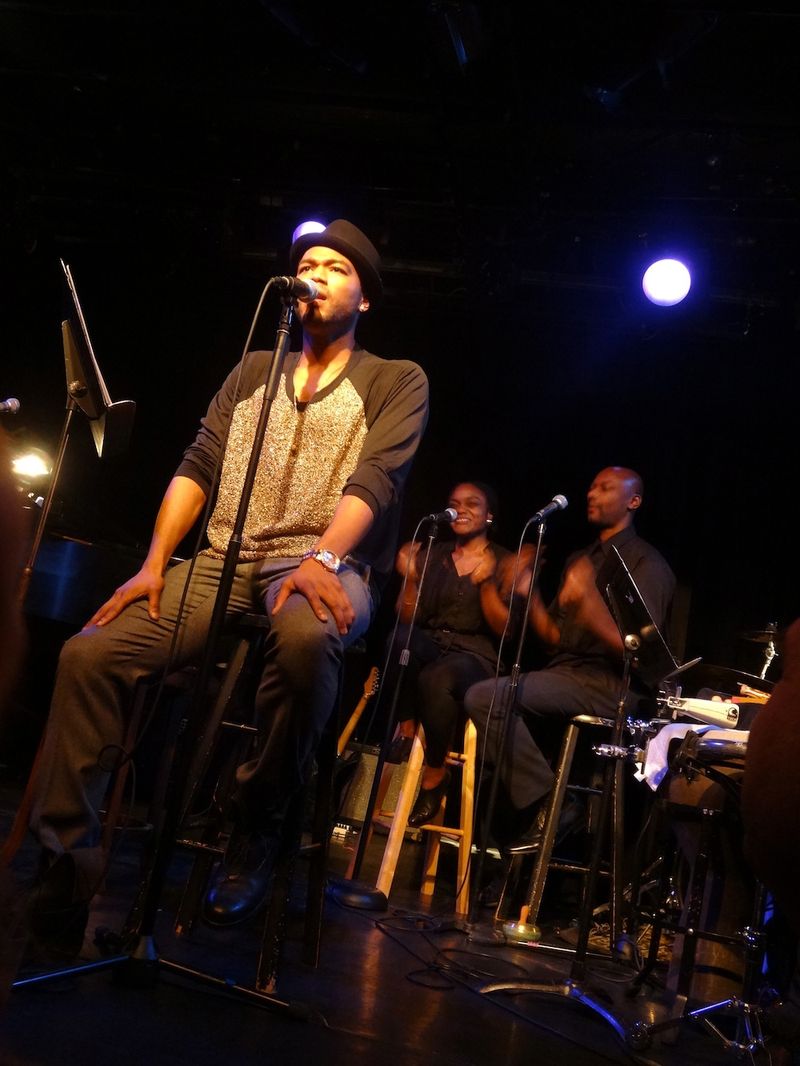 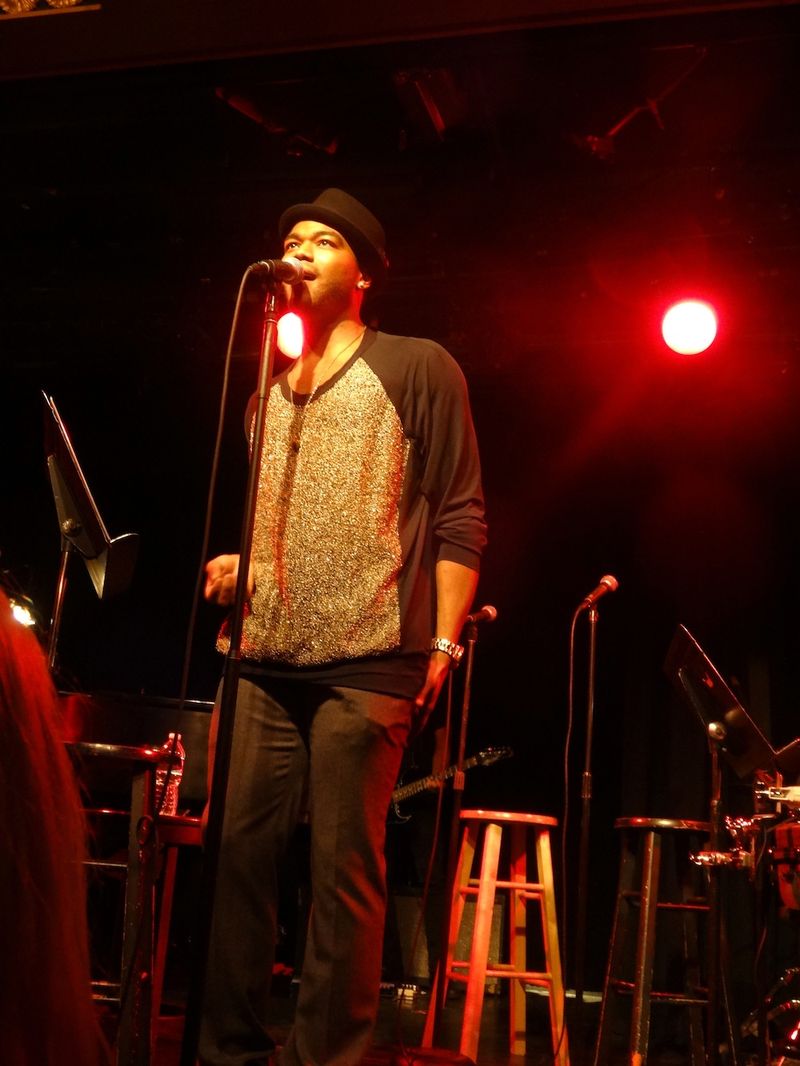 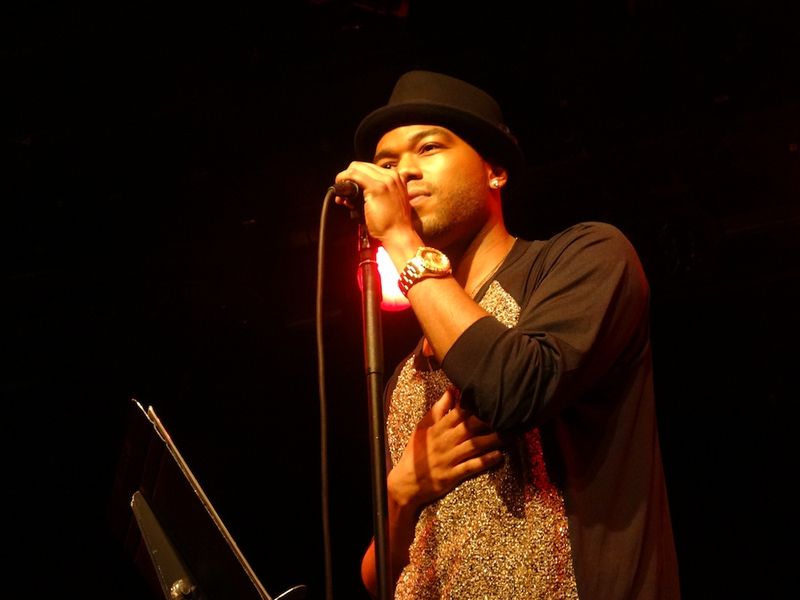 I've been to a lot of showcases in my day. I remember one particularly grim one that featured a lip-synching (what is the point?) boy band after which I became so violently ill (apparently unrelated to their "performance") that I lost 20 pounds in two weeks and almost died.

I've also been to some mind-blowing showcases, including the one for Jessica Simpson (because it was so monied) and the one for Alicia Keys (because she was so astoundingly brilliant). 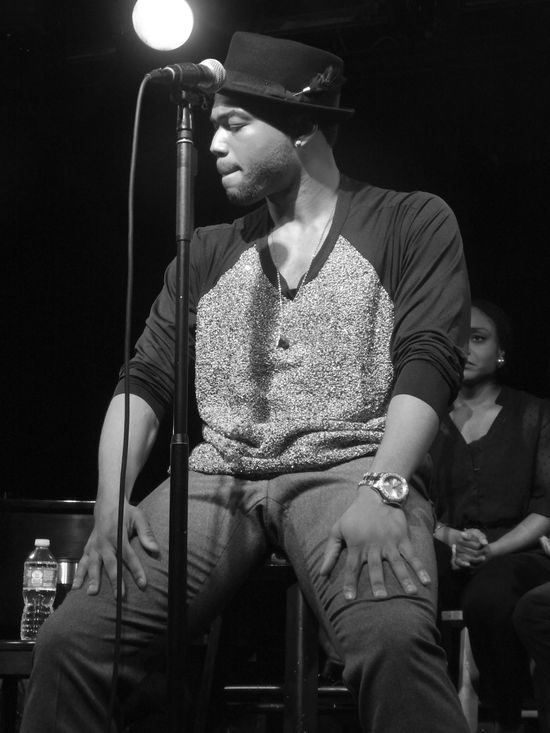 Kingsberry spoke of finally fulfilling his dream of a showcase.

But one of my favorites of all time has to be the warm, masterfully performed one-nighter—called a "Sharecase"—featuring Broadway regular Grasan Kingsberry, which happened all over my heart at the Stage 72/Triad Theater on Monday night.

I know that sounds sappy, but the show was so organically joyful—partly because of the performer's sincerity, partly because he was knocking it out of the park and everyone there knew it—that it's hard to review it without lapsing into feel-goodisms. So instead of meandering down the road of free-to-be-you-and-me, let me sum it up by saying, unironically, that it was truly beautiful and moving.

I'd only ever seen Kingsberry stripping for Broadway Bares events, so I knew he was a sexy presence. But he was even hotter clothed (nice outfit, BTW), especially while working his way through the earlier, jazzier numbers in his impeccably selected set. (Special props to musical director Alvin Hough Jr., who was on the piano.)

He does "sexy" well, but he's also comfortable with "funny," hilariously milking the already responsive crowd with a giddy take on Prince's "How Come You Don't Call Me?" and joking with us in a way that made it seem this was his one thousandth concert instead of his first. 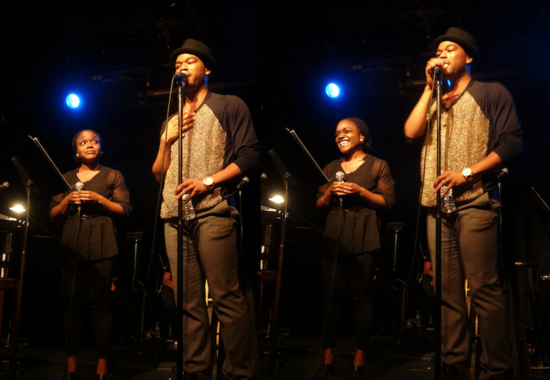 And the voice! Kingsberry has a silky voice that would sound great on the radio. It's an instrument he uses sparingly most of the time, confident to sing a song instead of using a song to show off his chops. Still, he did rev it up into a blistering falsetto at times, just to let us know that power was there.

It was a dazzling night, one enhanced by a band whose highlight was trumpet-playing phenom Riley Mulherkar and whose lowlight didn't exist. Backup singers were stars in their own right, Justin Hicks and The Color Purple's Kenita Miller. Miller, who dueted on a sensational cover of "Don't Give Up" with Kingsberry, beamed on stage, obviously pleased to be a part of the proceedings.

Someone should sign this guy to a record deal. It's as simple as that. 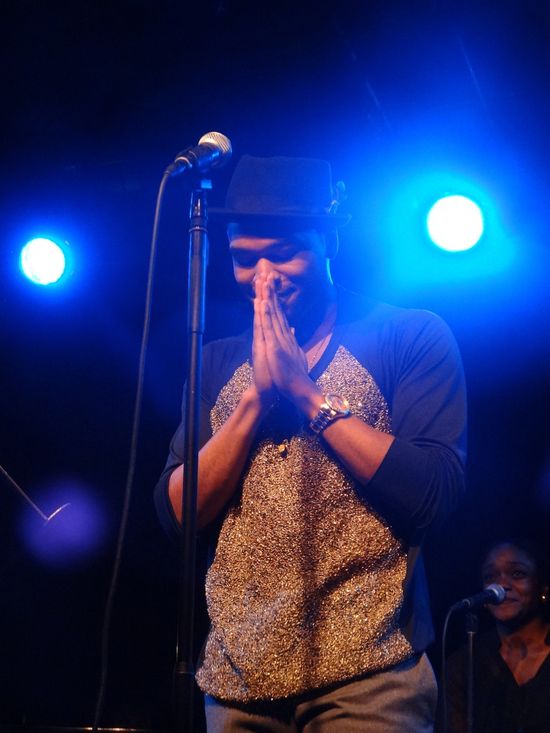