"I'd Much Rather Be Considered Gay Than Ignorant And Straight!": An Interview With Straight Super-Ally Marcus Patrick Comments (0) 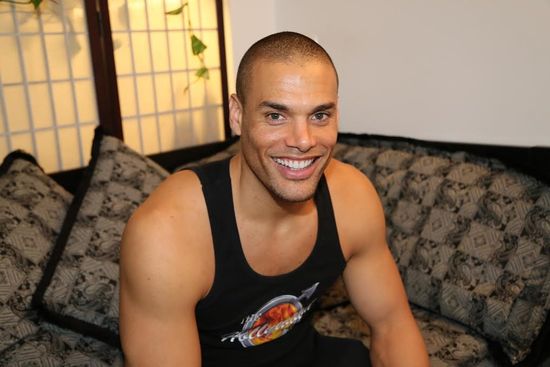 There's nothin' wrong with that!

Marcus Patrick understands what it means to be controversial: Six years ago, he was fired from the soap Days of Our Lives after a short stint, probably because he had the audacity to show his naked body in Playgirl.

Now, soap operas and print magazines are on their way out, but Marcus endures as a fixture on gossip sites, an actor (his turn in the gay rom-com Violet Tendencies was particularly winning) and, soon, as a singer again—he's finalizing a deal for a solo album, something for which fans of his work in the boy band Worlds Apart have been waiting for the past two decades. 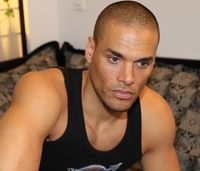 "I'm a person who's pretty deep when it comes to what's going on within the matrix of this world, so I like to put something in there that has some substance rather than just talking about ass and getting drunk."—Marcus Patrick on his music

But as for the most scandalous item on his résumé, it has to be his day night job; I met Marcus where many of his fans have met him in recent years—at a strip club (NYC's the Adonis Lounge) where he was performing and doing lap dances. In an unprecedented move for an actor with any kind of a public profile, Marcus has quite openly stripped at straight and gay clubs for years. Images of his flawless body and careful-you'll-poke-someone's-eye-out manhood are all over the Internet, but it's no scandal—it's just Marcus being Marcus. 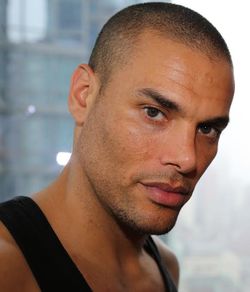 "I was from a small town, and I'd been told that gay people were the bogeyman and that they were just gonna rape you...I prefer the behavioral patterns of the gay culture because they just tend to have more fun. Not that I personally want to be engaging in gay sex, but...I wish more people, especially straight men, would wake up and realize that gay people are here on this planet to almost educate and teach and  give humanity a spice of fun and enlightenment and joy."—Marcus Patrick on gay men

I'd heard he was working on new music, and our mutual friend described him as "beatiful inside and out," so I asked Marcus if he'd grant Boy Culture an interview. Not only did he agree, he even made it happen on a Sunday after getting no sleep at all the night before. "I just had a massage and even that didn't work," he told me as he greeted me at his friend's high-rise. But at 39, he looked as young and refreshed as ever (not for nothin', he made the Top 10 of my list of hottest all-time guys on TV), and he definitely knows how to express himself.

"[They] just threw me up on the stage in a thong. And I did start making money fast. But I was crying that day. Like, I'd sold myself to be a whore."—Marcus Patrick on his early, negative feelings on stripping

Check out my video interview with Marcus.