The Booty-Poppin' Christian Boy Did Not Shake His Cakes For You, Dude Comments (0) 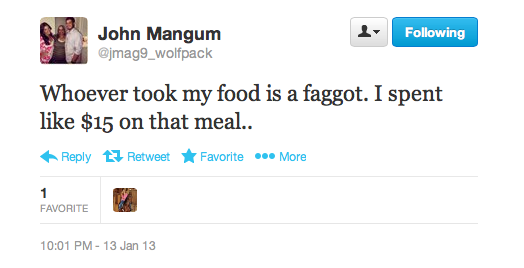 Mangum's coach objected to the twerking, not this.

I was the first blogger to spread John Mangum's incredible twerking videos (here and here). I received hundreds of thousands of hits from what amounted to a few seconds of a college kid bouncing his ample booty at the camera. But even though gay men have flocked to posts with his name attached, and even though his Twitter account (which was briefly private at the height of his videos' viral quality) doubled in size within a week, entertaining gay guys is apparently the last thing that was ever on Mangum's mind.

I had noticed Mangum was a church-going boy, and his Twitter does contain a Bible verse, James 4:7, which reads:

"Submit yourselves, then, to God. Resist the devil, and he will flee from you."

(1) People we find interesting, even superficially, we tend to want to know more about. Even if it's negative commentary from their old classmates.

(2) I'm asking the question: Does it matter that a cute, ass-shaking kid is anti-gay and may have always been anti-gay? Can his antics be enjoyed without seeming to swoon over someone who's against gay people? Or is it pathetic for we, as gay men, to ogle the "bodacious booties" of guys who we have proof are really not into us?

(3) I'm reminding you: Be ready when your 15 minutes come, because it's surprising how much of ourselves we put out there that doesn't require much creepin' at all to unearth. 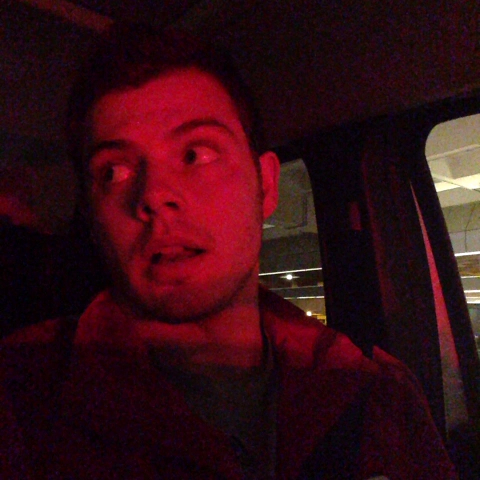 Mangum's issue with the gays is pretty evident all over his Twitter. He proudly ate at Chick-Fil-A on August 1, 2012, an eat-in which was organized in support of that systemically anti-gay organization after its prez made blatantly anti-gay comments and was criticized for it. So don't look for him to evolve on gay marriage anytime soon as President Obama did. (Sidebar: He loathes President Obama, retweeting an image of Bush Jr. hugging a solider and Obama making a cadet hold his umbrella, plus some other tasty, Tea Party-friendly tweets.)

So...does it matter that he's exercised his First Amendment right to express anti-gay thoughts? Is that a boner-killer, or is that bumper enough to override it?