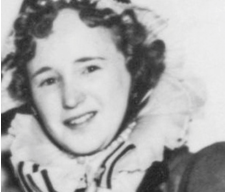 Ruth Duccini (aka Ruth L. Robinson), the second to last original Munchkin from The Wizard of Oz (1939), has died at the age of 95. Following the recent death of Margaret Pellegrini, Duccini was the last surviving female from the film. Now, Jerry Maren is the only living original Munchkin.

This means he is, as far as I know, one of only two known survivors from a film with a cast of hundreds. The other is Dorothy Barrett, 96, who was an Emerald City manicurist and who was uncredited extra in all of the films she made.

Trivia: Judy Garland would be 91 if she were alive today.