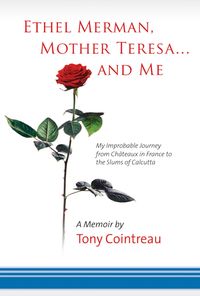 I don't have a lot of time to read, but I'm interested in two current books. First up is Tony Cointreau's memoir with a title that I doubt has been used before: Ethel Merman, Mother Teresa...and Me (Prospecta Press, $24.95). As I've dipped into it, I've been intrigued by Cointreau's troubled but colorful childhood, his career as a singer and his extensive contact with Mother Teresa. His work with Mother Teresa revolved around caring for people with AIDS, a syndrome too many gay men these days seem too eager to want to forget ever existed, let alone still exists.

My old pal Owen Keehnen has cooked up a hilarious novel in Young Digby Swank (Wilde City, $14.99), a comic, Catholic Catcher in the Rye filled with Keehnen's trademark wit and his gift for observation. 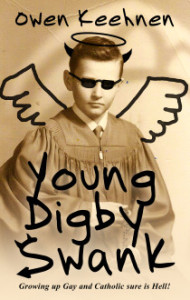 An area is described as being like what the Garden of Eden was "before Adam and Eve ruined it for everyone," and Digby's desire for teen heartthrobs is summed up thusly:

"Whenever Digby bought the latest issue of Tiger Beat, he'd wait until he was the sole customer near the checkout at the drugstore, and then rush to the counter. Mr. Lister would always clear his throat and say, "Well, um" and adjust his glasses."

What gay kid didn't go through that?