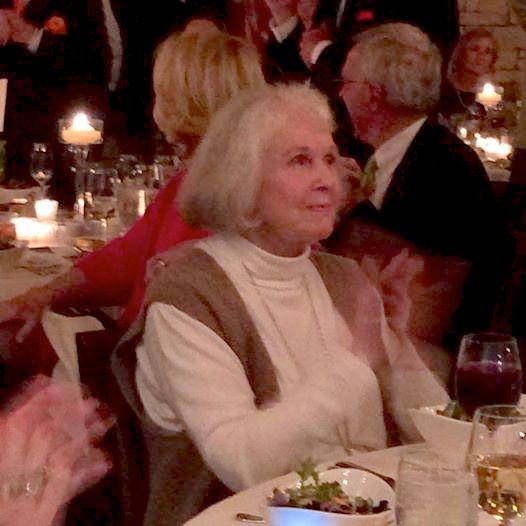 Doris Day, who has been downright reclusive for much of her eighties, made a surprise appearance at this weekend's festivities marking her ninetieth birthday. Last night, she attended a tribute dinner for fans and friends in support of the Doris Day Animal Foundation.

She looked, as you can see from this lovely cell snap above by the actress Jackie Joseph-Lawrence and the shot at right from The Judy Garland Experience, radiant at 90!

Official 90th birthday snap as given to People 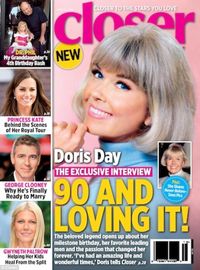 Day also released an official photo, and appeared on her balcony when fans came to serenade her, waving to them warmly.

Following hot on the heels of her engaging chat with TCM's Robert Osborne, in which she flirted with the idea of working again, it's hard not to hope that she finds some way to do a role in a movie sometime, or a TV cameo. She's a treasure, so it's nice to see her out and about.

She's even landed a magazine cover in the UK, but this link has a few ridiculously mislabeled photos that show her in the '60s but that are said to have been from the '00s.