Neil Patrick Harris is knockin' 'em dead in Hedwig and the Angry Inch on Broadway (see it!), a role which has led him to lose a lot of weight in an effort to appear more like the character. But don't let that stop you from commenting on this AP interview video with Harris (h/t Joe.My.God.—read it!); the comments are about how he must be on drugs or even have AIDS. 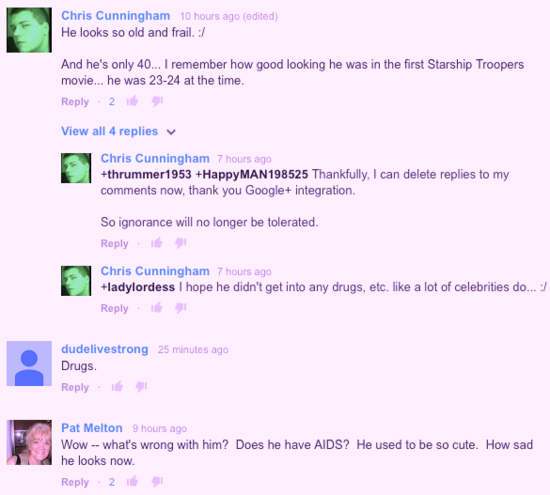 Love that the Lance Armstrong guy (dudelivestrong) is the first to mention drugs.

There's also, further down the thread, an actor attacking Harris for being another actor in need of having his ego stroked. (Why, for promoting his show?)

Video after the jump...