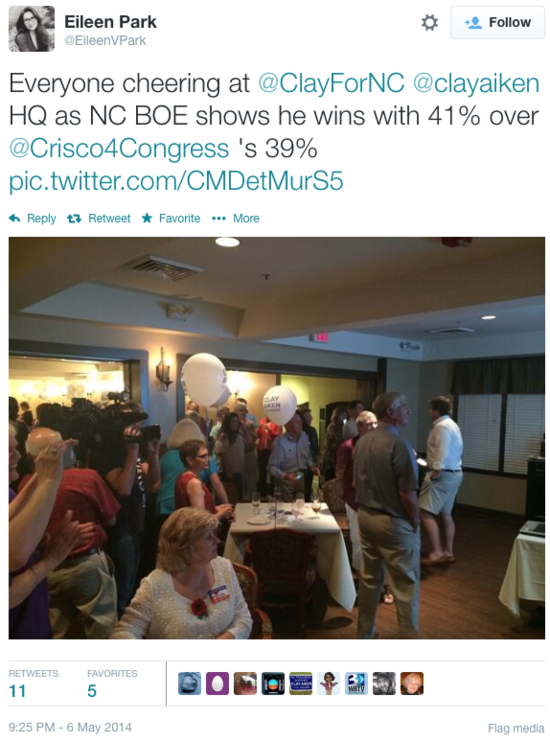 Clay Aiken has won the Democratic primary in North Carolina, which means he will go up against Republican incumbent Rep. Renee Ellmers. He eked out a win by as little as 2%.

UPDATE: New orgs still have not called the Aiken race as of today, May 7, 10:00AM, even though he was never behind in any of the counting of the ballots, 100% of all precincts are in and he's ahead by more than the 1% needed to ward off a recount. Also, as it stands, he has (barely) more than 40% of the vote, which would mean no run-off. Not sure why the AP and CNN haven't called this, although it's certainly very, very close. Less than 15% of the electorate turned out in NC, by the way.