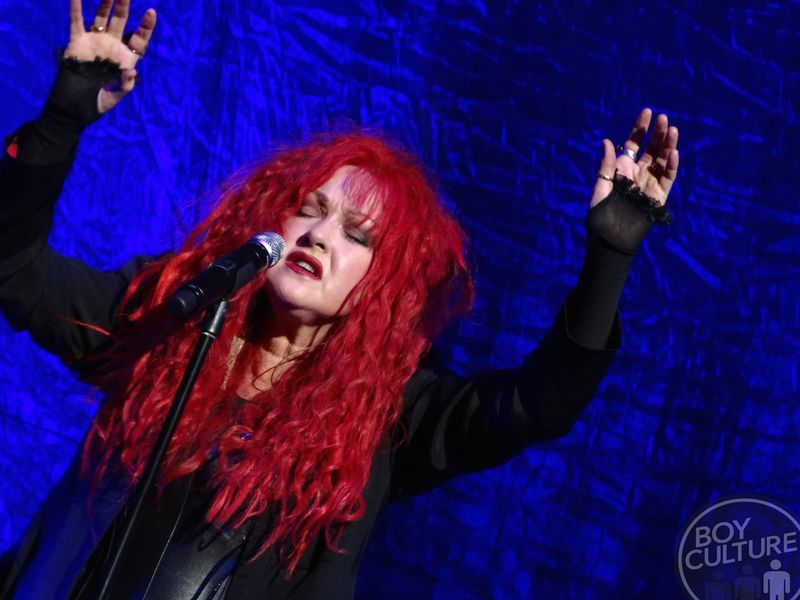 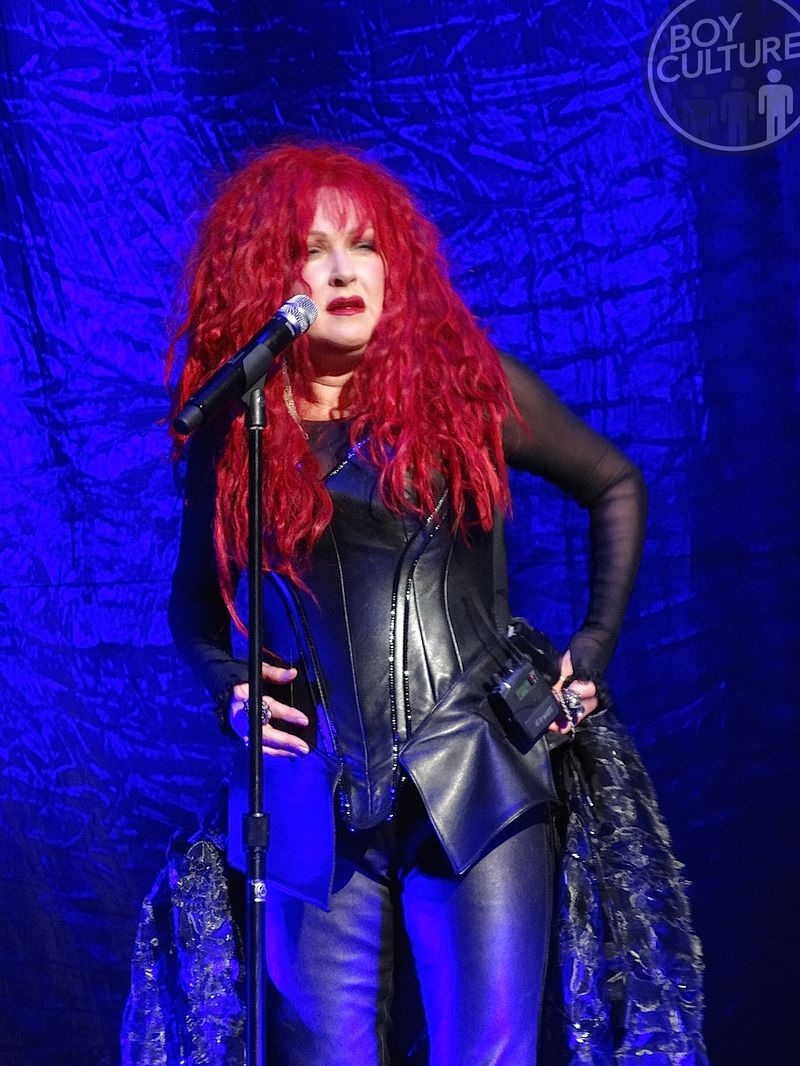 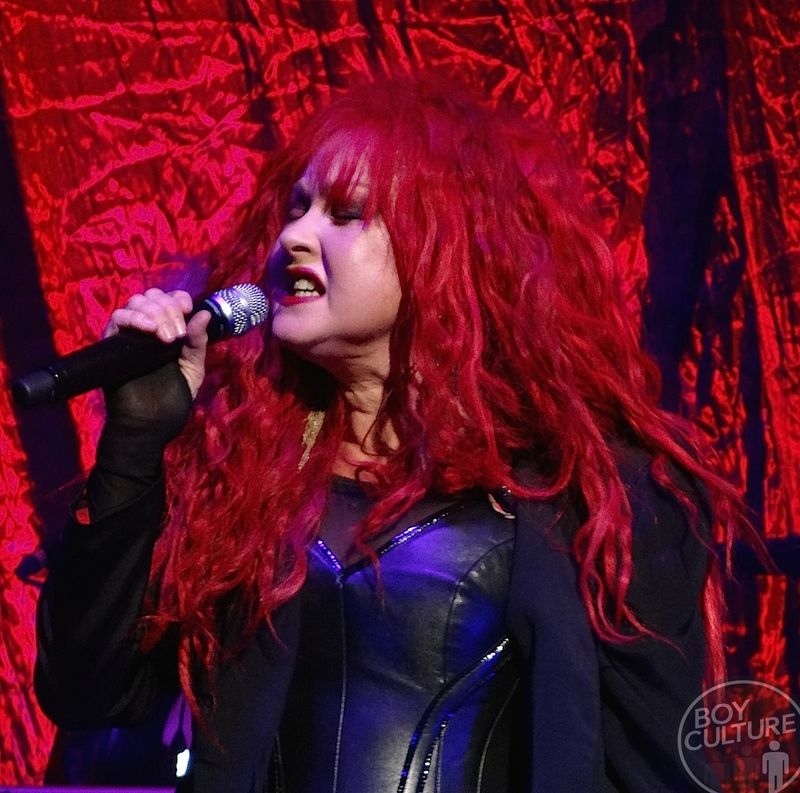 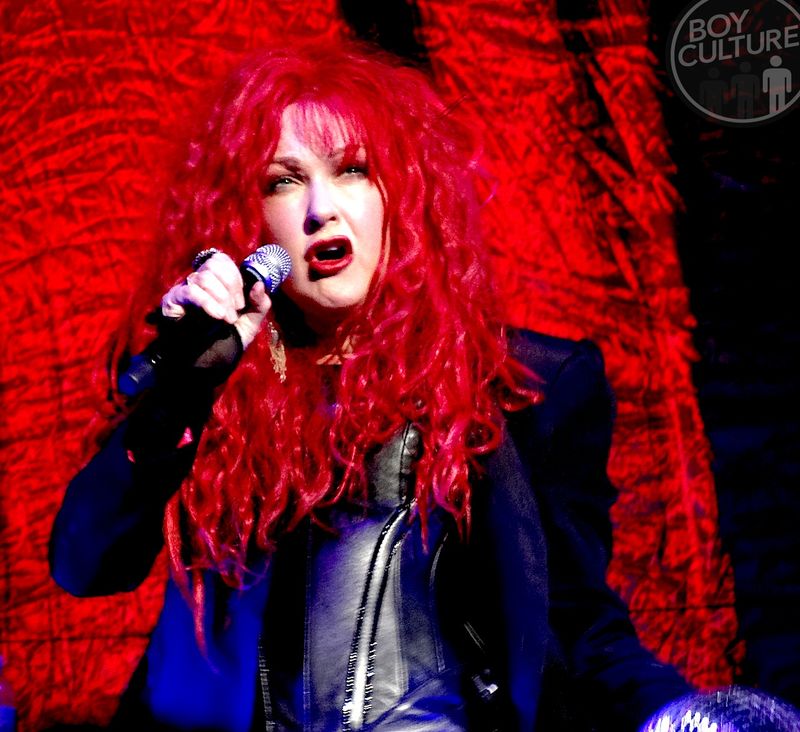 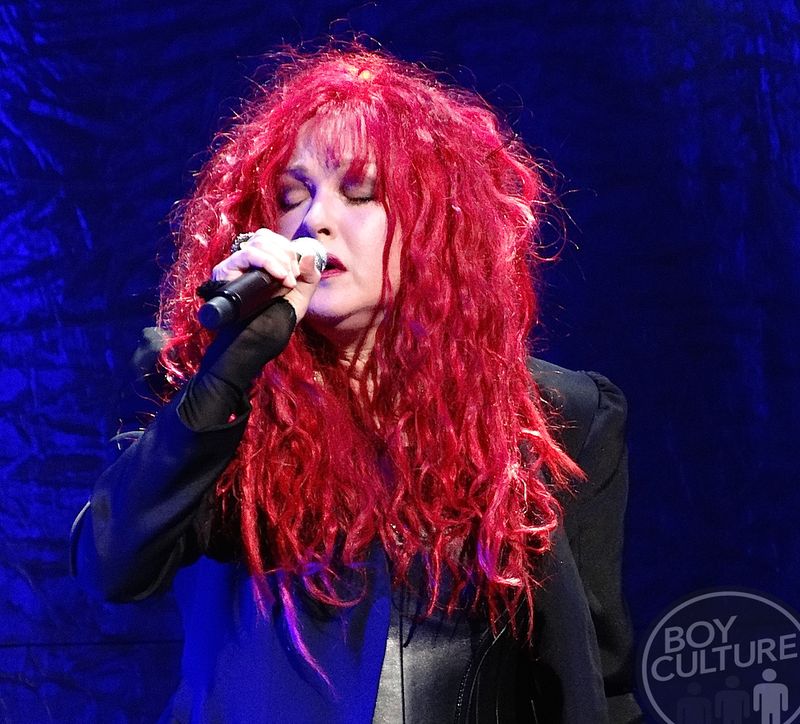 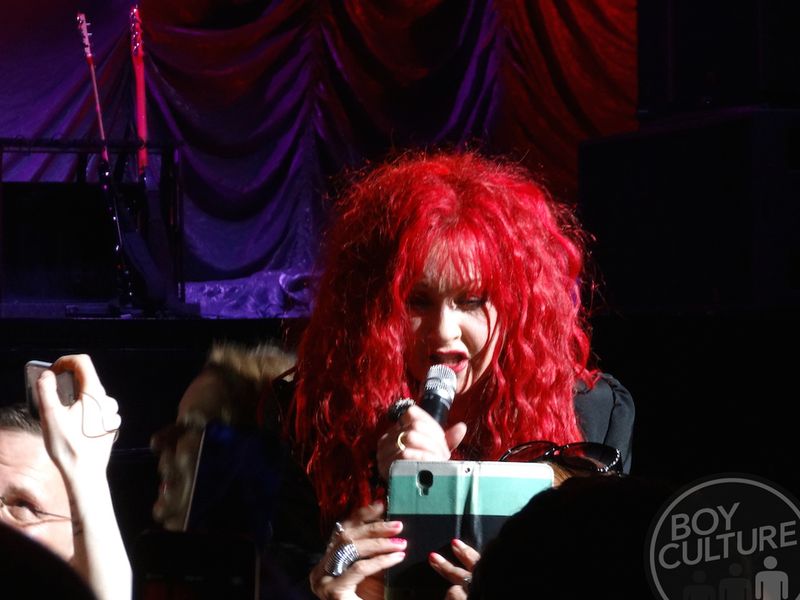 7, count 'em, 7 Cyndi snaps in the gallery above

I've never seen a full Cher concert. #gayshame Or rather, I'd never seen one—until Friday, when I rectified that grave oversight.

I loved Cher when I was a kid, staying up past my bedtime to watch her endlessly entertaining, kitschapalooza of a variety show with Sonny, then lost interest when her promising acting career (Come Back to the Five and Dime, Jimmy Dean, Jimmy Dean and Silkwood are amazing) became a bit mainstream for my taste. I snapped out of my Cher love when she hit her schlock-rock/infomercial/Madonna-bashing phase. 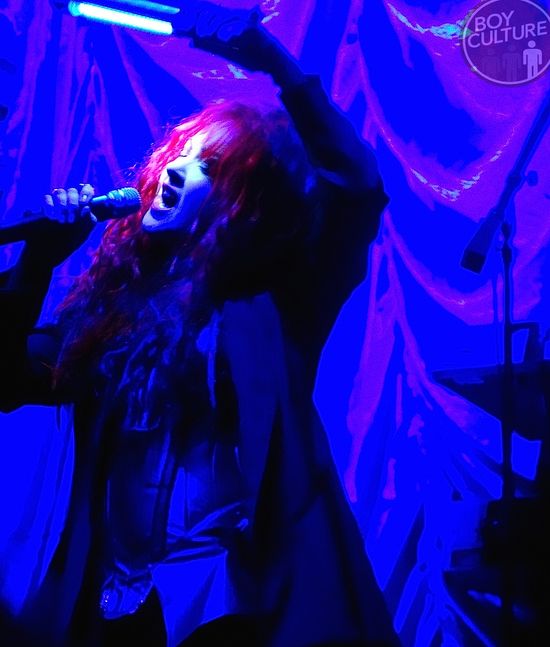 Bitch is so grounded, she does her own lighting!

But over the years, Cher has won me back time and again. I personally don't see her as a compelling artist so much as a true original, which can be just as transfixing and important in its own way. She is a personality always worth listening to and watching. And I've thoroughly enjoyed both her Twitter proclamations and her post-“Believe” disco, the latter of which I believe is far superior to at least some of the music she made during the original Disco Era.

We arrived at the venue in Brooklyn early enough to make it to the friends and family ticketing window; yes, I am considered a friend and/or family member, though not to Cher so much as her amazing publicist, the legendary Liz Rosenberg. Which means I still gotta pay full price, but I get a much nicer seat. Much! We walked in and wound up closer to the stage than Andy Cohen (looking svelte, that bitch) and both Rosie O'Donnell (who was posing for photos more than usual) and Liza Minnelli (whose entrance was something like what happens when POTUS arrives for the State of the Union). The gay gods were smiling on me, and a number were in the audience!

Best of all, I was able to meet Liza; I'd previously red-carpeted her, but I gambled that her sweet right-hand man Scott would make sure we were introduced, so I went over. He came through! It was like winning at Euro Palace Online Casino. I told her I hoped she enjoyed herself and she shook my hand, saying, “Thanks, honey!” 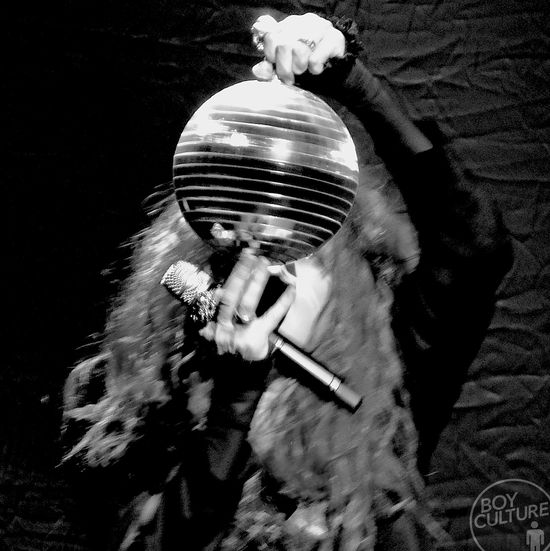 Cyndi Lauper opened for Cher, as tradition would dictate. (Pat Benatar is doing it in other areas, and I've never seen Pat so don't be shocked if Matthew takes a Cher road trip.) My last time seeing Cyndi was not my favorite, perhaps because I had superhigh expectations: It was her 30th anniversary tour for She's So Unusual. But Cyndi was really on Friday, looking better, sounding way better and giving off good vibrations...which reminds me, she opened with such an exciting performance of “She Bop” I almost had to go South to get me s'more! 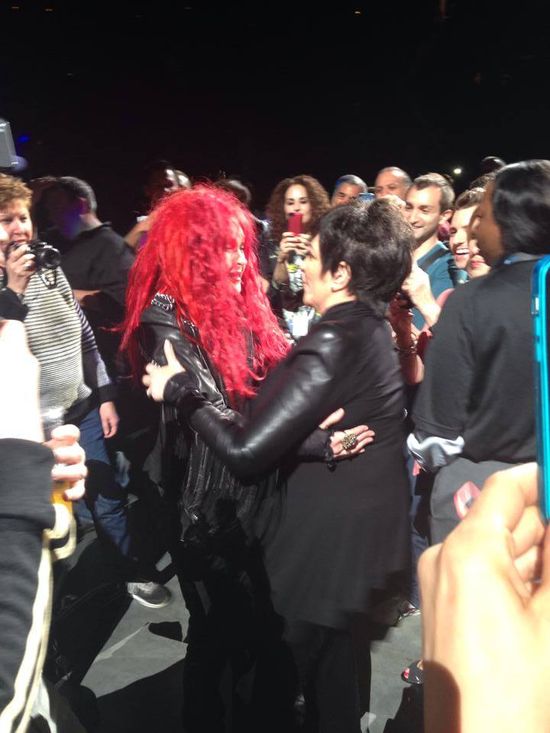 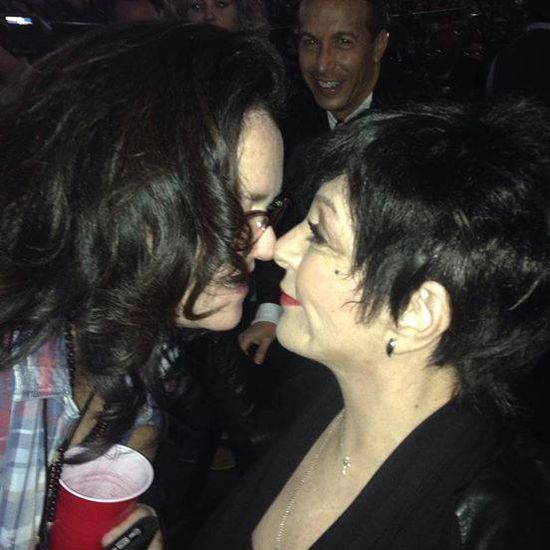 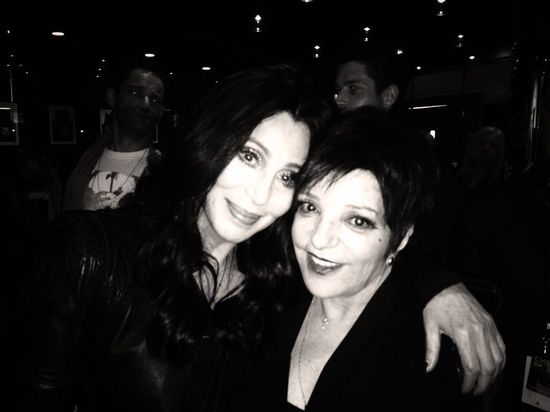 Interestingly, Cyndi did two album tracks from SSU: “I'll Kiss You” and “Witness.” This was not unwelcome to diehard fans, but I wonder what Cher's fans made of these obscure tunes. Lest we start to think she would only do songs nobody knew, Cyndi crooned “All Through the Night,” her semi-recent club hit “Into the Nightlife,” the dance version of her Kinky Boots anthem “Sex Is in the Heel,” and three of her most indelible '80s smashes: “Time After Time,” “Girls Just Want to Have Fun” and a kick-ass take on “Money Changes Everything.”

Cyndi also treated us to a brief snippet from the moody Kinky Boots number “Not My Father's Son,” telling us how it had come to her. In fact, her set was peppered with lots of banter and stories, including an empathic listing of the major awards she's won (egads, she's nearly an EGOT!) and the genesis of the aforementioned song “Witness,” which was born back in the days when Queens cabbies were playing the analog 1970s version of Grand Theft Auto. 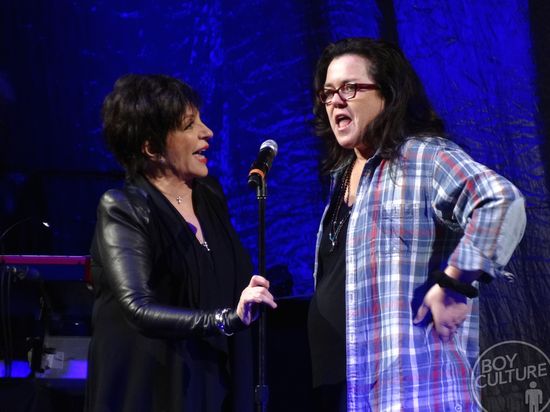 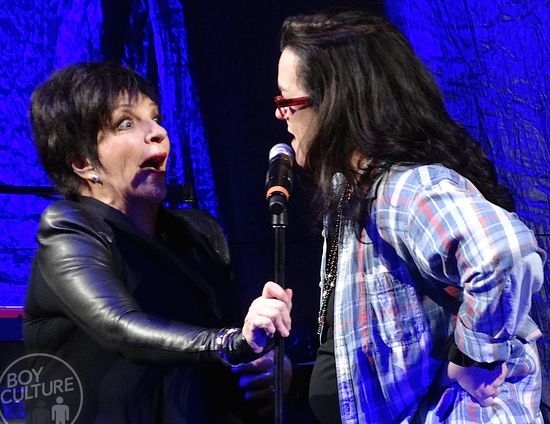 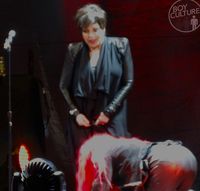 She's a great showwoman, no doubt about it. Arguably, she upstaged Cher herself when she called Rosie to the stage who in turn summoned Liza. Rosie and Liza were to sing backup for Cyndi on “GJWHF,” a song Liza didn't seem to know very well, nor did she need to—simply having her on the stage doing a funky little strut and belting an ad-libbed, I'll say! every once in a while was, obviously, Gay Nirvana. At the end of the winning appearance, Cyndi prostrated herself before Liza, who comes off as a diva who really doesn't need such grandiose gestures of respect but who I'm sure appreciated the love streaming over her from the audience and the ostensible star of the opening set. 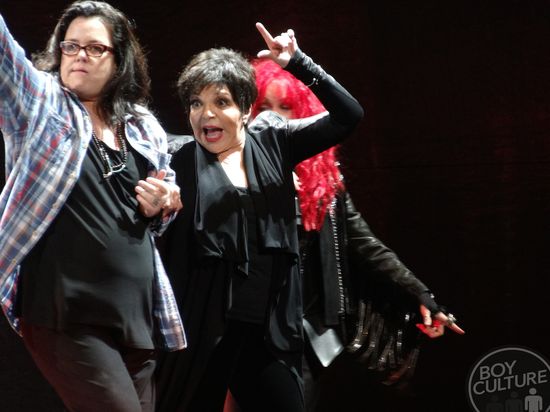 After this, it was just a few minutes until Cher's androgynous voice greeted us, booming that we better get ready to “snap out of it!” 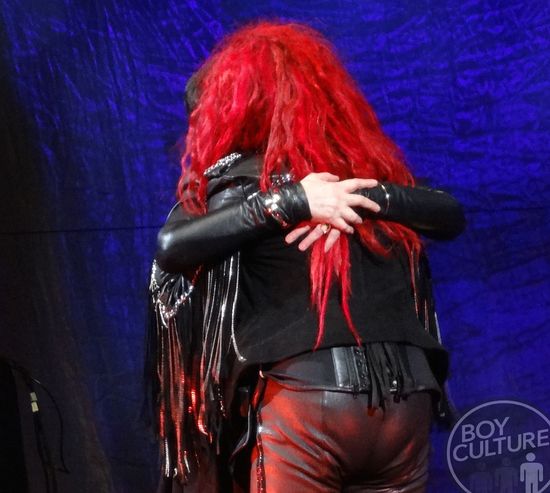 Some Liza love for Cyndi

See my Cher report on Monday...