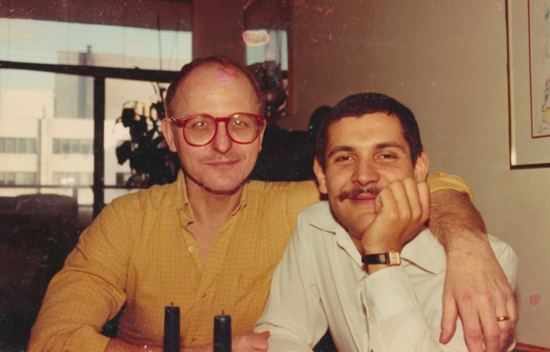 Memories of a Penitent Heart is a project that could use your support. The trailer (after the jump) is mesmerizing, telling the story of a woman curious about her uncle's mysterious death, apparently from AIDS, decades earlier:

“In 1987, my uncle Miguel gave up being gay as he was dying in a New York City hospital. After making history as the world’s first-ever Puerto Rican heart transplant recipient, he succumbed to AIDS, leaving behind a live-in partner, a devout Catholic mother, and a lot of unanswered questions. It all began in 2008, when my mother handed me a box of 8mm home movies that she’d found in the family garage. Spurred by this discovery and troubled by rumors about Miguel’s death, I began digging into my uncle’s mysterious past. Did he really repent of being gay on his deathbed? Did his devout Catholic mother push him into it? Did he really have AIDS? And what happened to his partner, who disappeared after Miguel died?”

Check out the trailer...