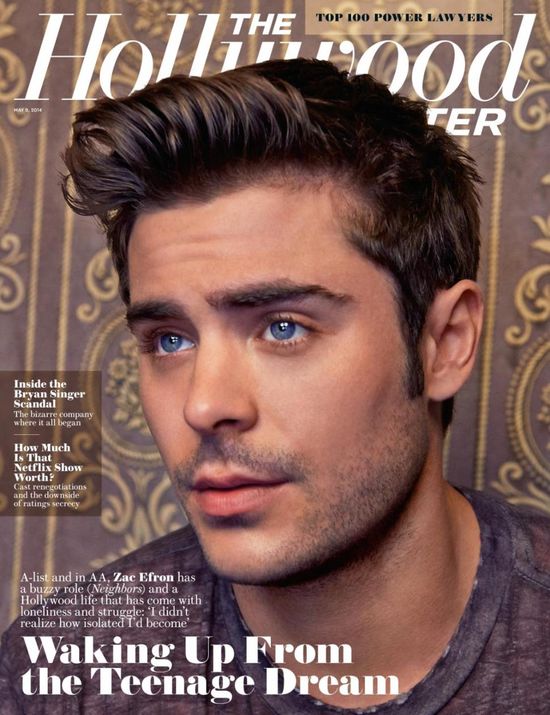 In his Hollywood Reporter (May 9, 2014) cover story, Zac Efron says AA may have changed his life, and goes on to say that he continues to struggle with addiction. In spite of that candor, he's sticking to his creaky story about the night he got beat up by a homeless guy while out cruising for sushi:

“I had a friend come pick me up late at night—we were looking for a place downtown to get a bite and catch up. We were having trouble finding somewhere—a lot of places were closed—and the car ran out of gas off the 110. It was ridiculous. We had to pull over, and I called Uber. A homeless guy, or vagrant, tapped on the driver's-side window. Before I knew it, he [the friend] was out of the car, and they started fighting. I saw that [the homeless man] was carrying some sort of a knife, or shank, and I got out of the car to disarm him. At some point, he dropped the knife, and I got hit pretty hard in the face—and almost instantly the police were there to break up the fight.”

Zac calls it the most terrifying moment of his life. It does sound scary, but the scarcity of details (who was the friend? why did the friend exit the car? were they for real not looking for drugs instead of a bit to eat?) is still pretty alarming in its own right.

The rest of the piece reveals the Zac I knew; sweet, humble, introspective and grateful for his success.