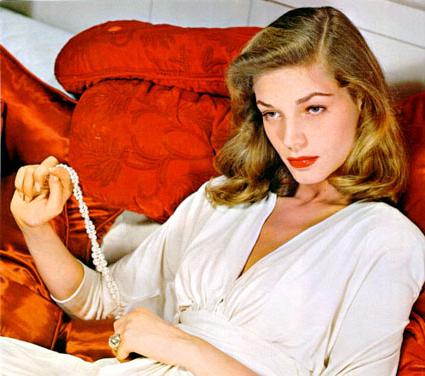 Bacall of the wild

When Carla Laemmle died at 104 this month, the fact that she was the last surviving cast member 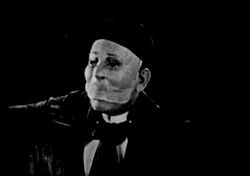 (albeit uncredited) of both The Phantom of the Opera (1925) and Dracula (1931) tweaked this obsession I have with checking to see who's still alive from any old movie I'm watching. But reading that Pauline Wagner, Fay Wray's King Kong (1933) stunt double (for four hours), just died last month at 103 really kicked the obsession into overdrive; how fascinating that any human beings are still living from these films, all of which are over 80 years old. (In the case of Phantom, had Carla lived one more year, she would have survived until its ninetieth anniverary.) 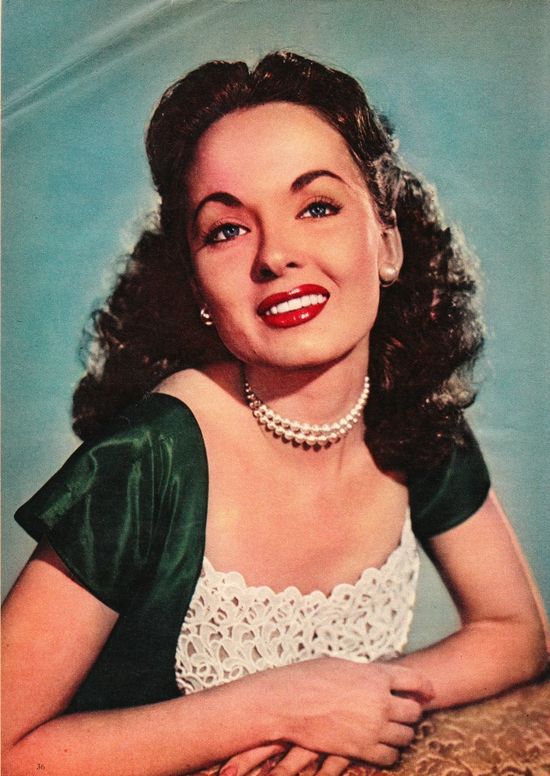 This interest dovetails nicely with my ongoing interest in tracking the last surviving handful of human beings—anywhere from 10 to 14 confirmed—known to have appeared in any way in a silent film.

A short list of survivors from some films of note follows. Please feel free to contribute your thoughts; I know there are many examples of movies with only one big star still living (Maureen O'Hara from Miracle on 34th Street, etc.).

I would also like to figure out what living person is a veteran of the oldest film. Perhaps Lassie Lou, Fay or Baby Peggy (see below) could be candidates. 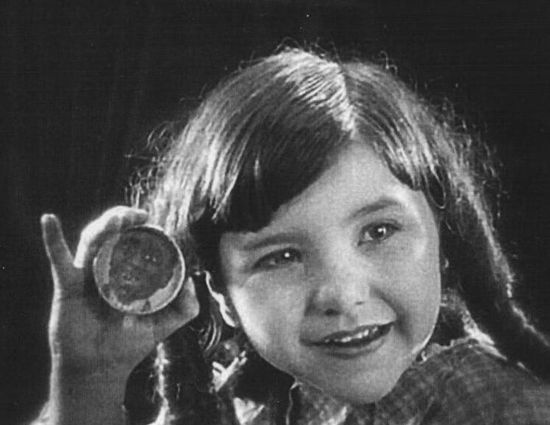 This Hal Roach silent film has a still-living cast member some 91 years after its release—child actress Lassie Lou Ahern (b. June 25, 1920) played a baby in it.

Ahern, one of the last people to have worked in silents, acted until 1975, when she filmed an episode of Petrocelli before retiring from acting. According to a 2011 profile, she worked as a teacher until she was 85. 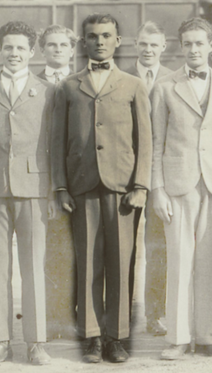 UPDATE: Gardner has passed away.

An Oscar winner that's considered one of the best movies ever made, this seminal war movie is over 80 years old. The last man known to have appeared in the film was not one of its stars, but rather an uncredited bit player named Arthur Gardner (b. June 7, 1910). Gardner, now 104, became a producer, most active in the 1950s, '60s and '70s. Last year, at 103, he appeared at an autograph show and is quite proud of his connection to the cinema landmark. 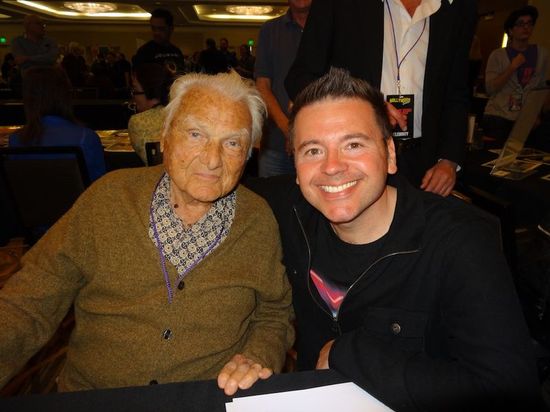 There are no death dates for uncredited bit players Renée Damonde or Jack Sutherland. But considering the fact that even the children shown in the movie are accounted for and are deceased, it's unlikely Mr. Sutherland and Ms. Damonde still roams the earth. The fact that Gardner is still with us is just short of a miracle. 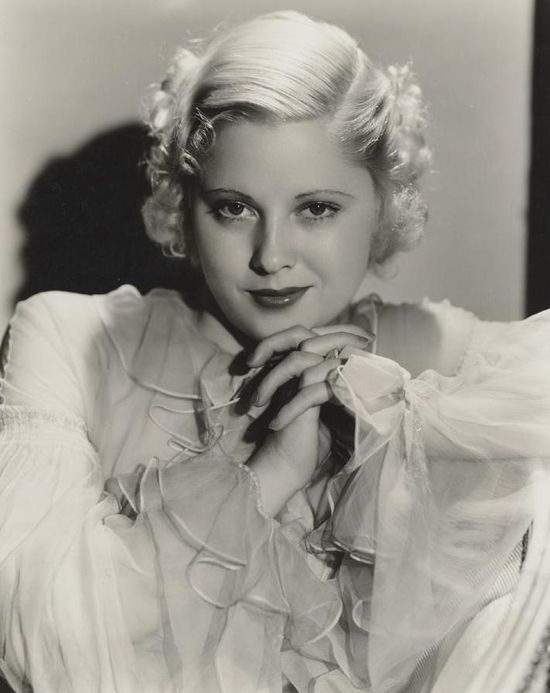 This Grand Hotel guest has yet to check out. 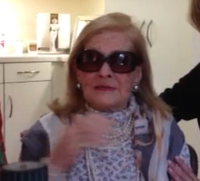 This star-soaked blockbuster is famous for many reasons...and even its sole survivor is a lady who, though an uncredited bit player in this film, went on to become a well-known B-movie star bombshell: Mary Carlisle (b. February 3, 1914—IMDb earlier listed her as being born in 1912, but Carlisle, who insists she was born in 1914, apparently had this information corrected/changed). Ms. Carlisle worked steadily in the 1930s and early 1940s, before retiring more than 70 years ago. She worked as a manager of the Beverly Hills Elizabeth Arden and now resides in the Motion Picture Retirement Home.

She still signs autographs on occasion. 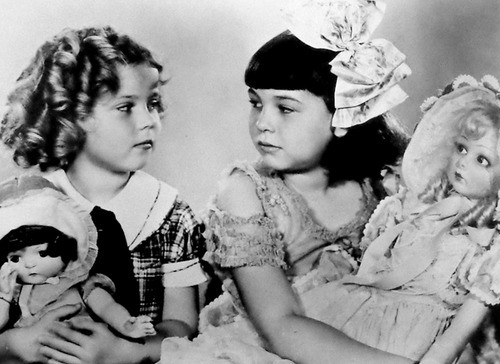 With the death of Shirley Temple, only her on-screen nemesis Jane Withers (b. April 12, 1926) remains from this charming classic. Withers was just a little kid in this film, which contains arguably her finest and inarguably her star-making performance. If a little kid from a movie is currently 88, it's a safe bet that all the adults from the picture have made their final exits.

Jane still attends events, is a massive memorabilia hoarder and loves talking about her Hollywood days.

IMDB's listed extras with no death deaths include Robert Burgess, Russ Clark (certainly dead—his birth year of 1920 on IMDb is demonstrably incorrect), Fred Crawford, David Field, Sunny Ingraham, Sam Labrador, Phil Marshall and Harry McKee. As all of these actors' roles seem to indicate they were adults of 20 or more (possibly much more) at the time of filming, it's exceedingly unlikely that any are 100+ and alive. 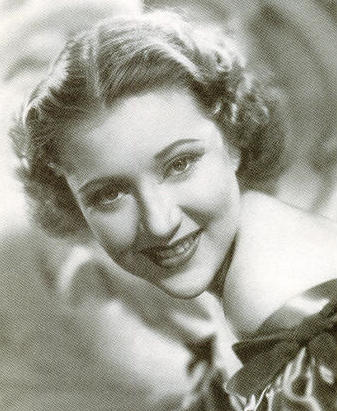 An absolute film classic that's engaging to this day, this flick is dripping with fabulous female stars—Kate Hepburn! Ginger Rogers! Lucille Ball! Eve Arden! Ann Miller!—and even boasts an appearance by the ever-nellie Franklin Pangborn. Watching it last year, I wondered if anyone in the film could still be living, and I found one confirmed survivor—Jean Rouverol (b. July 8, 1916), who played “Dizzy,” and who later went on to become a soap opera writer and leftist political activist. I wrote her and received her autograph in response.

IMDb also lists no death dates for Laurie Douglas (b. February 18, 1915), Vicki Joyce, Marie Marks, Peggy O'Donnell and Mary Louise Smith (no birth dates for the last four, either), all of whom had uncredited bits, or in the case of O'Donnell, a small, credited bit, in the film. This appears to be a lack of info as opposed to a lack of death dates—Rouverol is probably the last of this lot. 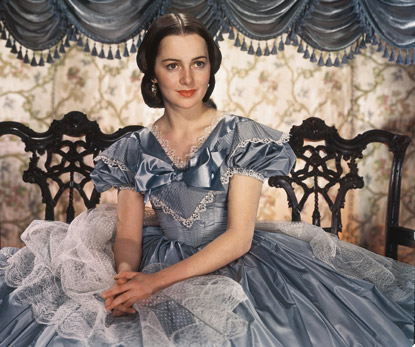 Ms. de Havilland is one of the world's last Golden Era stars.

Olivia de Havilland (b. July 1, 1916), a bona fide movie star, is not only the sole surviving major cast member from one of the most celebrated epics of all time, she's one of the very last survivors among
even the film's many extras.

Following a spate of deaths of nonagenarians connected to the movie in the past decade, only Mickey Kuhn (b. September 21, 1932), a child actor who played “Beau,” and both Greg Giese (b. 1938), who played both “Scarlett”'s and “Melanie”'s babies, and Patrick Curtis (b. 1938), who played “Melanie”'s baby (uncredited) remain with Ms. de Havilland as proven participants. Shep Houghton, one of the last people alive to have appeared in a silent movie, was an uncredited southern dandy in the film, but he does not appear to be accepted as a genuine participant by GWTW historians. 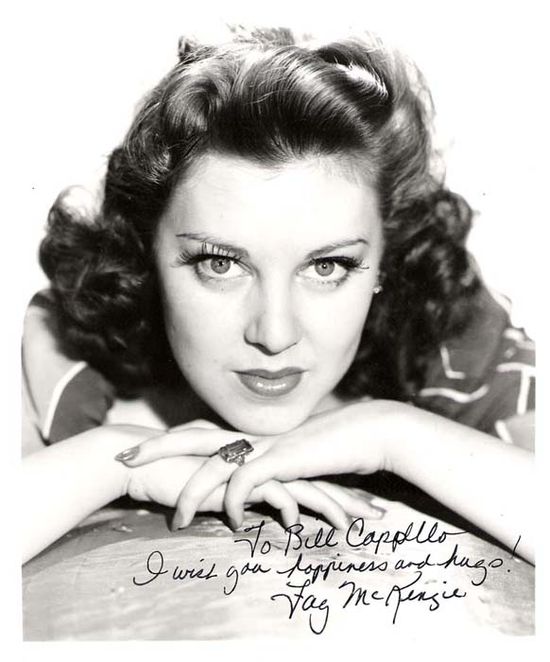 It was a very good year for memorable films, 1939—this war picture starring Cary Grant, Joan Fontaine and Victor McLaglen boasted a living lead until Fontaine's recent death. Now, it appears that only Fay McKenzie (b. February 19, 1918) survives. McKenzie, one of the last remaining people to have appeared in silent films, also had a career in genre pictures. In Gunga Din, she was merely an extra in a party scene—for no credit.

Check out her thoughts on her appearance in the 1924 film Abraham Lincoln.

Bryant Fryer, Audrey Manners and Bruce Wyndham are listed with no death dates on IMDb, but all were playing adults of 20+, based on their roles' descriptions, so they'd have to be near or over 100. David Charpentier is listed as having an uncredited part and as having no death date, but IMDb also thinks he's still working to this day as a production assistant—clearly not. 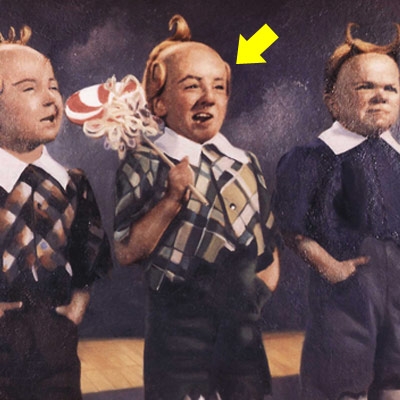 He represents the Lollipop Guild...

The major stars are long gone, as are the vast majority of the rest of this film's massive cast. However, two souls seem to remain: Dorothy Barrett (b. February 1917) is listed as an uncredited bit player...and if there is any question as to her participation in the film, click on the link above—she reminisces about her work in the movie in a June 2013 TV piece.

More certainly, and certainly more famously, Jerry Maren (b. January 24, 1920) is a well-known little person who, at 94, is the last surviving Munchkin. 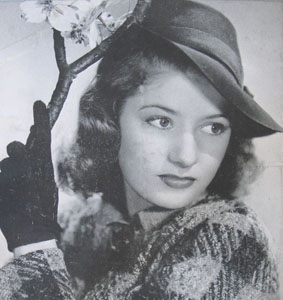 Miriam at the height of her hotness

A film that made both of AFI's Top 100 Films lists (in 1998 and 2007), this noir masterpiece sizzles thanks to Barbara Stanwyck and Fred MacMurray, both dead for 20 years. But the sole survivor of the production appears to be Miriam Nelson née Franklin (b. September 21, 1922); IMDb oddly has not figured out that the Miriam Franklin who played Edgar G. Robinson's secretary is dancer and actress Miriam Nelson (she married Gene Nelson). 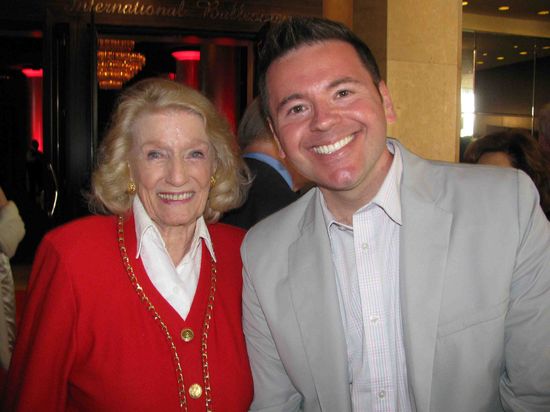 Nelson is spry at 91, still making public appearances, and published her memoir My Life Dancing with the Stars in 2009. 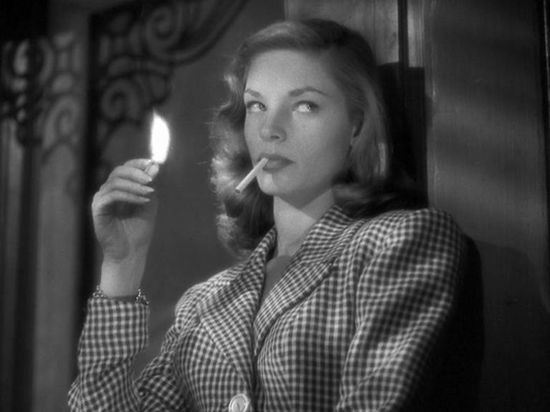 UPDATE: Bacall has passed away.

The sole survivor of the film debut of Lauren Bacall (b. September 16, 1924) 70 years ago? Bacall herself. Turning 90 this year, Bacall still gets around—I sorta met her at a performance of Gore Vidal's The Best Man on Broadway, where the only thing she said to me was NO. 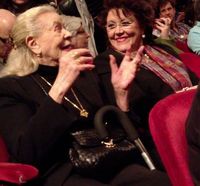 Uncredited players with no death dates include Audrey Armstrong, James Burross, Louise Clark, Fred Dosch, Elzie Emanuel, Janette Grae, Margaret Hathaway, Frank Johnson, Hal Kelly, Keith Lawrence, Gussie Morris, Jack Passin, Margaret Savage, Milton Shockley, Emmett Smith, Roger Valmy and Jack Winslowe. Considering the film was released 70 years ago, these people would have to have been, in all likelihood, 30 or under at the time of filming; many seem to have one or two credits and are probably impossible to trace more than they are likely to be breathing.

The bitch-slap seen and heard 'round the world

Also, Dorothy Barrett (noted for her appearance in The Wizard of Oz above) is apparently alive and either 96 or 97.