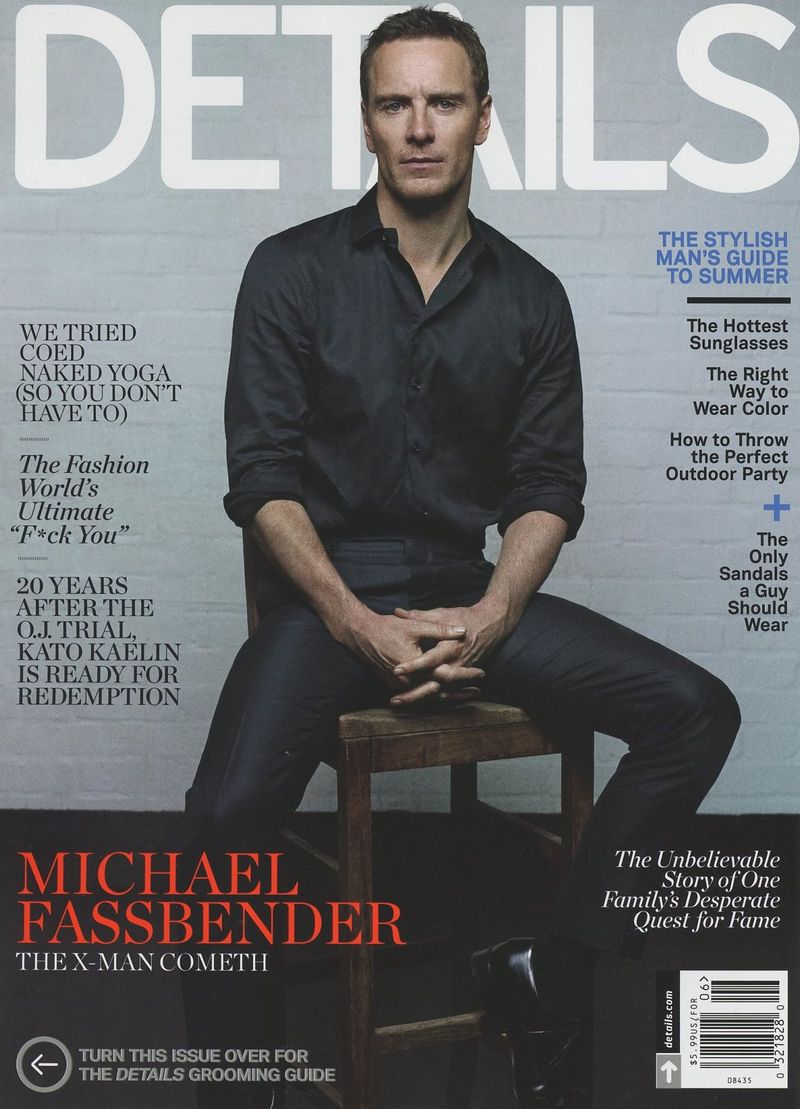 Michael Fassbender gallery above, including a bonus James McAvoy shot

Michael Fassbender, coverboy of the new Details (June/July 2014) and subject of a bromantic piece on his relationship with co-star/pal James McAvoy, relates some advice given him by his frequent director Steve McQueen:

“'We're gonna by gone one day, so why not just let it all hang out? Don't worry about falling on your face, because that's inevitably gonna happen if you're really searching.'”

He also recounts losing consciousness after his character rapes Lupita N'yongo's in a 12 Years a Slave scene:

“It was the rape scene—not a pleasant place—and there was a lot going on within 'Epps,' a lot of conflicting emotions. It was one of those things. For the most part, I don't...get so intense. I wish Steve wouldn't say anything about that.”