Eli Wallach, one of the most versatile and prolific actors in movie history, has died at 98.

The list of movie-loving household names with whom he worked in his 50-plus-year film career includes everyone from Marilyn Monroe to Al Pacino.

His final feature film, shot well into his nineties, appears to have been Wall Street: Money Never Sleeps (2010).

He is survived by a large family, including his actress wife Anne Jackson (pictured), to whom he was married for more than 66 years.

Wallach's stage work is as revered as his work in film; he appeared with Jackson in innumerable productions.

I never met Mr. Wallach, but did spot him at—of all places—a Madonna photo exhibit; he was a family friend of photographer Richard Corman. I just re-watched The Misfits and just saw The Godfather: Part III for the first time, both in the past week. 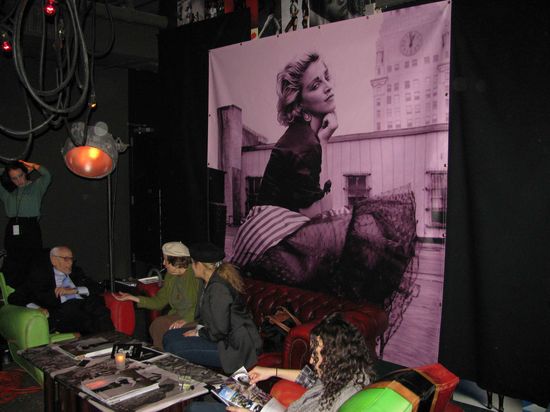 Wallach at 94 in NYC

I have updated my (unfortunately) ever-changing list of the oldest-living actors and stars.