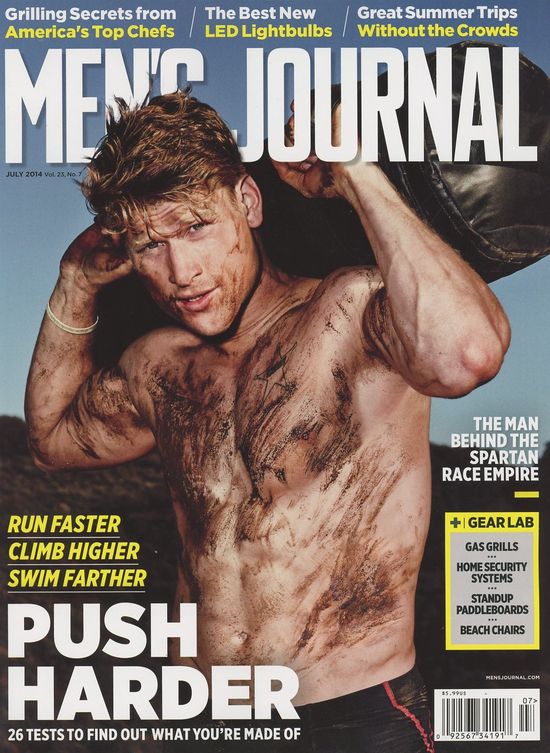 Hunter McIntyre (shot by Ture Lillegraven) tells Men's Journal (July 2014) that he starting participating in the new sport of Spartan Racing after feeling empty about his life:

“In 2011, Hunter McIntyre was a 22-year-old washed-up male model. His dreams of joining an elite military training program were crushed when he was rejected by the Navy SEALs. He was living in Malibu at a buddy's 'bro mansion,' plotting a new career as a celebrity personal trainer, but mostly taking too much acid and Ecstasy. 'I was burned out,' he says.”

This whole Spartan Race thing sounds pretty crazy, but it's probably where he gets the body.