Dolly Parton On Glassie, Lip-Synching, The Town Tramp & A Future Song That May Be Just A Wee Bit Gay Comments (0)

Parton said she would be open to doing more movies and/or TV movies of the week, but is waiting for good scripts.

On a group phone call with media today as she winds down her world tour, Dolly Parton answered several burning questions, such as the fate of that dog left behind after her Glastonbury gig. Turns out, its owners have been found:

“Yes! Yes. As a matter of fact, in the last five minutes just before we went on, we got a call from the main people with the government and they told us that the true owners did come forward—they had reported the dog missing, it was a language barrier, I think they were from another country—and they got the dog back, everybody feels good about it. I do not get to take her home; I was looking forward to it, I was gonna name her Glassie 'cuz of Glastonbury, I was gonna say, 'Glassie comes home!'—but they want her and they feel good about that...” 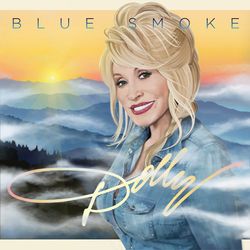 Musically speaking, she blew off the lip-synching rumors that swirled around Glastonbury, saying:

“Every time I go on tour, I hear that. I like people to just come, watch, see what I do and then you tell me what you think. But they say that about every artist and I'm not gettin' into that. I'm right there, I'm Dolly and I'm singin'.”

She also retold that familiar story of how she developed her style from the town tramp, saying she loves bold “flair and the gaud” (sic), but added a twist when asked about the tramp's identity:

“I knew her name, I know her name, but I would never, ever, ever use it because I don't know if her folks knews she was the town tramp—I don't know if she knew she was the town tramp! That's just what everybody called her. She probably wasn't a tramp. She may've been very much like me, just somebody that wanted to be more. They always say less is more. That's the biggest crock I ever heard—more is more, less is less...I want more!”

Parton also said she hopes to do a dance album someday and hopes her gay fans relate more to her in general than to her music. In fact, she has a song ready called...“Just a Wee Bit Gay.”