Bop Magazine, founded in 1983, has ceased monthly publication, becoming an occasional special. Those in the teen world recognize Bop as a staple of the scene, a go-to for whatever makes tweens squeal. The publication was initially black-and-white with color pinups, but had, over time, become all-color.

The company that owns Bop, Laufer Media, also owns a slew of other '80s and '90s teen titles that have changed hands over the years, such as 16, but its only regular publication at the moment is the ultimate teen mag: Tiger Beat, born in 1965, which is as of the first quarter of 2014 the #1-selling teen-entertainment magazine. Still! 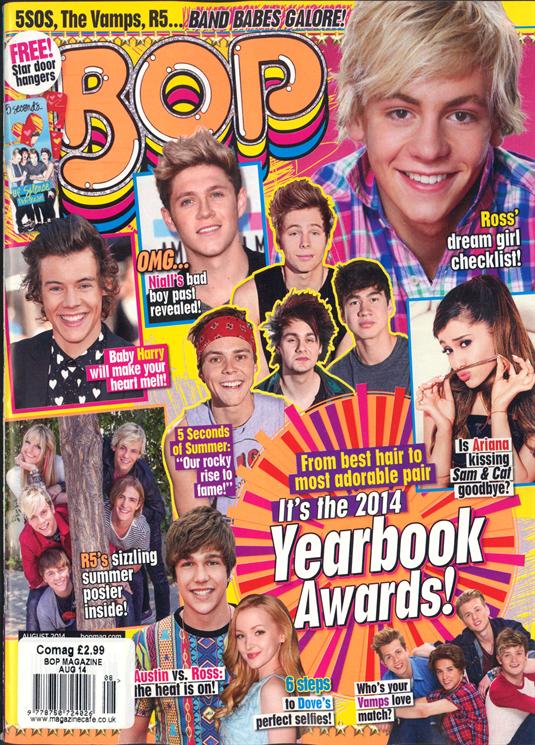 How many of these people do you recognize???

Perhaps if there is another teen invasion, Bop and other titles from the past will see re-inventions. You may think there is a current teen invasion, with big stars like Justin Bieber and One Direction in the news on a daily basis, but most of the big-time teen stars of today are old news. New blood is needed—stat.