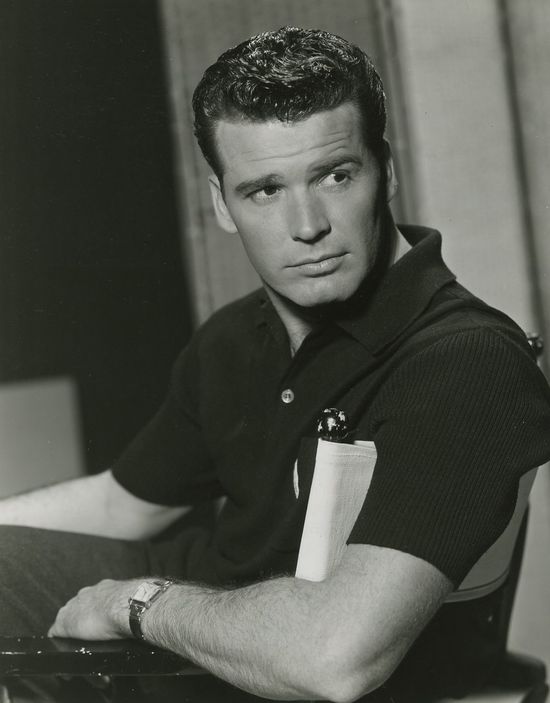 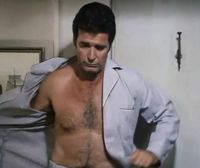 Garner was at his best playing anti-heroes and men with a sardonic view of life. He was handsome for sure, but always had an ironic smirk about it—he was no mere slab of beefcake. His terrific sense of comedy played against his good looks, making him funnily sexy and sexily funny.

Doris Day (b. April 3, 1924) has frequently cited him as her favorite leading man—they did The Thrill of It All and Move Over, Darling [the latter being the aborted last film of Marilyn Monroe (June 1, 1926—August 5, 1962), Something's Got to Give] together in 1963—and indeed, he was one of those actors about whom nothing bad was seemingly ever said. 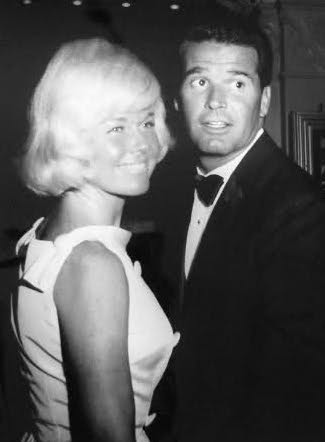 With Day at the premiere of The Thrill of It All

Garner worked steadily from the '50s through the mid-'00s. Along with his indelible TV characters, he made big impressions in films, especially The Americanization of Emily (1964) with Julie Andrews (b. October 1, 1935), in the comic westerns Support Your Local Sheriff (1969) and Support Your Local Gunfighter (1971), as a man in love with a woman pretending to be a man pretending to be a woman (Andrews again) in Victor Victoria (1982) and in his Oscar-nominated role opposite Sally Field (b. November 6, 1946) in 1985's Murphy's Romance. His last noteworthy film role was in The Notebook (2004), and his last big TV role was on 8 Simple Rules (2003—2005). 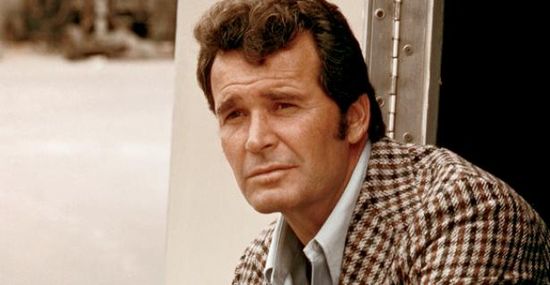 As the guy who would be nowhere without his answering machine.

Garner had been in failing health and never worked again after suffering a stroke in 2008.

Good-bye to a class act!