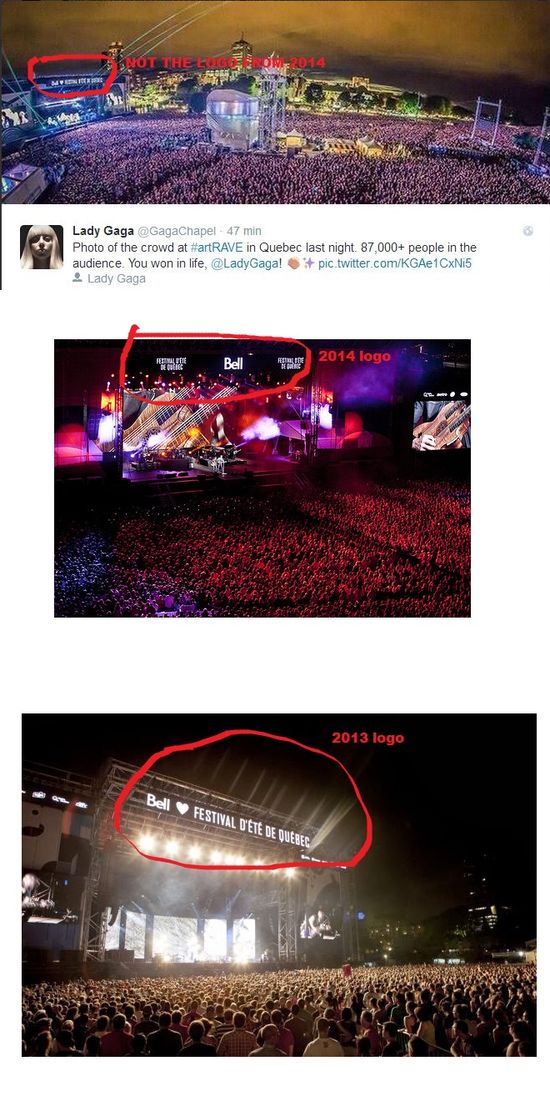 Lady Gaga posted a shot from a 2011 Metallica concert, claiming it was from her own gig this week. When called out, she testily reposted a photo from the festival she was playing, snarking that perhaps some Madonna fans could use a microscope to count the obviously large number of people who were there to see...

...well, to see a number of acts. It's a festival, not a Gaga concert.

Oh, and the second image she tweeted was from the Quebec festival she was playing, but from 2013.