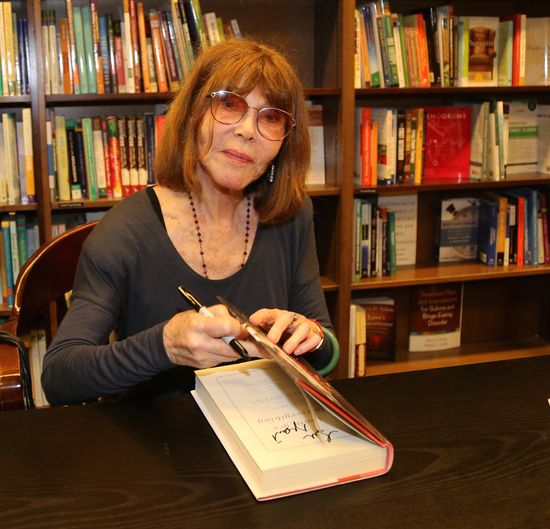 Grant's story of freezing on a Broadway stage in 1972 was gut-wrenching! 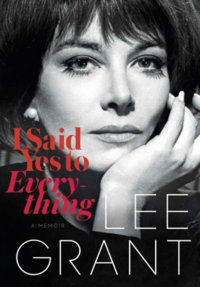 I spent a nice evening at the 82nd Street Barnes & Noble, attending the booksigning for the memoir I Said Yes to Everything (Blue Rider, $28.95) by Lee Grant (b. October 31, 1925)...though it did have some ups and downs.

First, getting there 20 minutes before the start time, I was nonplused to find the entire seating area filled. The crowd was older, and the event free, which made for an interesting time when it came to the things one overheard:

“Who exactly is this person?”

“How old is she? Eighty-eight? That's a very flattering photo on the cover.”

“What's she going to talk about? A book? What book?”

Joy Behar (b. October 7, 1942) had a ringside seat [later asking a loaded question about Grant's Broadway co-star Peter Falk (September 16, 1927—June 23, 2011)], while the rest of us just stood around like groupies. Grant was there early, off to the side, eyeballing the attendees and excusing herself silently to find a bathroom. It was cute that she looked so pleased by the big crowd. 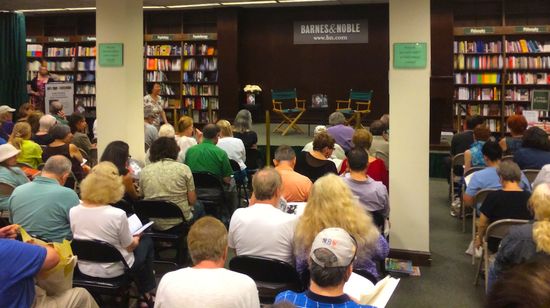 They said yes to Lee Grant.

Grant was engaged in a conversation by well-known biographer Tom Santopietro, who repeatedly joked about Grant being the star. Grant was very comfortable doing the same, cracking jokes, cursing and openly reflecting about her early career, her experience being blacklisted for a dozen years and her transition to directing mostly documentaries.

Of her experience on the blacklist, she recalled stumbling into it after doing a Broadway play with J. Edward Bromberg (December 25, 1903—December 6, 1951) and many others who'd fled the House Un-American Activities. She was asked how she felt about his death of a heart attack and said she felt he'd been hounded to his death...and that quote wound up in Red Channels.

One highlight was when she reminisced about walking down the aisle to receive her Oscar and thinking it was a big fuck you to the McCarthyites who'd tried to keep her down.

For an 88-year-old woman, she looks and acts far younger, and has not only her wits but also her wit about her.

The questions were—shocker!—really great. These things usually have at least one or two embarrassing queries, but this time, Grant fielded thoughtful questions about stage fright, making diverse projects like her Columbo episode (March 1, 1971) and the '90s gay-themed movie It's My Party (1996) and how she felt when her sitcom Fay (1975) was axed after eight episodes.

Cook (L) and Barrie (R) catch up. Barrie was going into The Prisoner of Second Avenue in 1972 when Grant was leaving.

After, we lined up. I spotted the fabulous actress Barbara Barrie (b. May 23, 1931) off to the side, chatting, but she gave off a vibe of, “Don't.” So I hesitated. After I saw her sign an autograph and then receive an intro by Grant, who'd begun signing in earnest, I knew I would go for a photo. By pure luck, Barrie was with the legendary singer Barbara Cook (b. October 25, 1927) when I got over to them. I asked politely for a photo with them both. “With? Yes,” Barrie said, implicitly saying no to a posed shot of just the two of them. 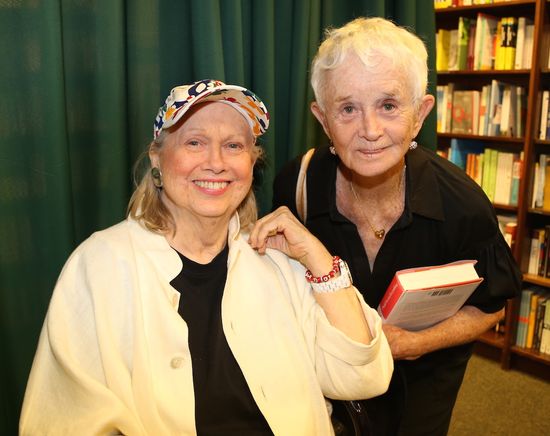 The room was filled with talented ladies.

“Oh, is it your birthday?” Cook asked, why I had no idea. Turns out she'd misheard something I said, but I didn't want to correct her. Barrie was amazed that Cook had guessed that just from seeing me. I felt guilty taking advantage of birthday positivity, but it was just an oops. The pic is cute. 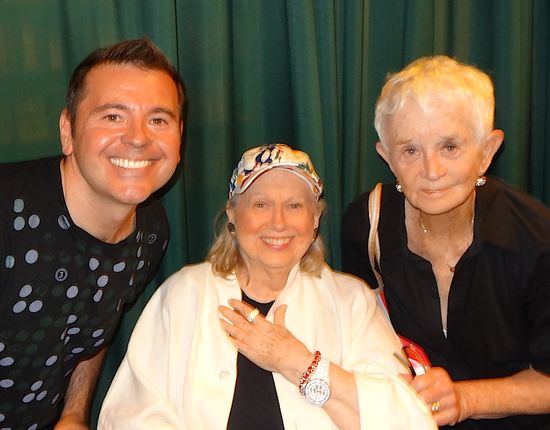 With a great singer and a great actress. Hopefully, I'm a...great writer?

When I got up to Grant, I told her it was nice to be able to admire her both as an actress and as a person, because so many major stars are—and then the guy behind me was snapping our photo, so I smiled. “What? So many are what?” Grant wanted to know, ignoring the camera. Click. So that's why the photo is less than ideal. But oh, well, we look engaged in conversation. 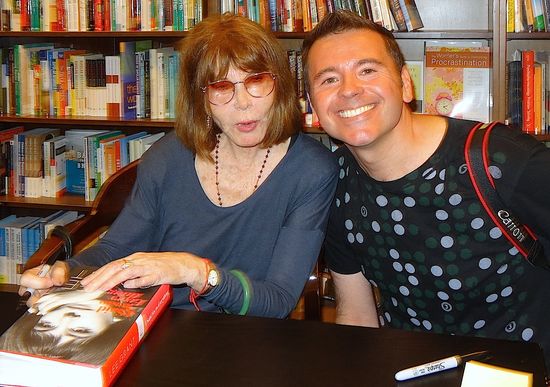 Are we deep in conversation about Warren Beatty's sexual prowess?

“Sorry, so many are right-wingers,” I finished. She pooh-poohed that until I clarified, delicately, that I meant so many who were making movies in the '40s and, like she was, the '50s. With that proviso, she agreed.

I was able to get her people/the store's rep to approve my getting a posed shot of Ms. Grant—and I do mean one—posed shot in-between the umpteen fans who were queued up to buy her book. 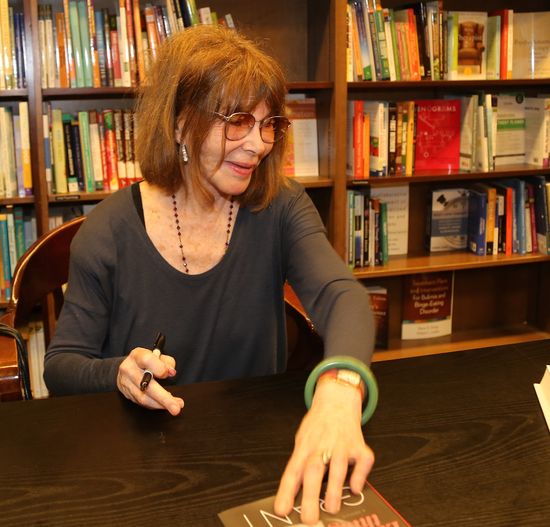 It wasn't ideal, photo-wise (though my shots of Grant and of the Barbaras turned out great!), but it was still a thrill to be able to meet an Oscar-winning, one-of-a-kind actress and director whom I truly thought I'd never get to see.

I can't wait to read her book. If you've never seen The Landlord (1970), recommended to me by my pal Gordon not so very long ago, seek it out.