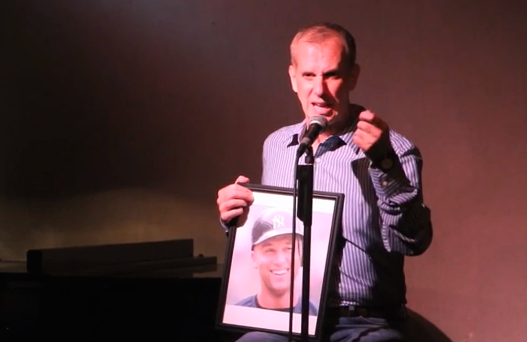 Check out Tom Andersen's tribute to Derek Jeter. I'd love to know what the baseballer thinks of this...

In his first solo act in nearly a decade, he will sing tunes from Tony-winning musicals, as well as pop and country. Plus, he will introduce a couple of numbers from Simply Sinclair, a new show he's written with his musical director, James Followell. It's a loving but tongue-in-cheek tribute to a fictitious chanteuse who's played everywhere from Broadway to the senior centers of Florida.