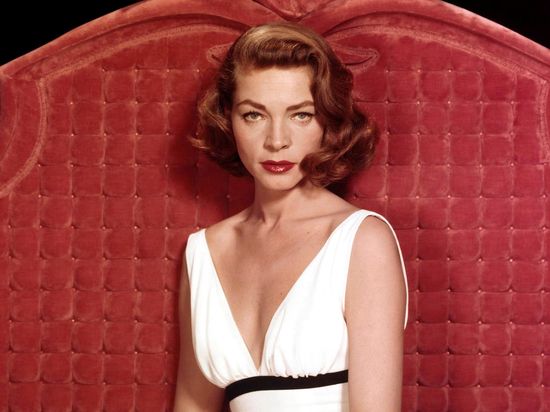 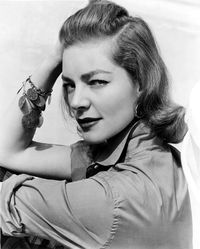 The look...the voice...Lauren “Betty” Bacall, one of the last remaining bona fide stars of the Golden Age of Hollywood and one half of its most famous film team with the late Humphrey Bogart (December 25, 1899—January 14, 1957), died today of a stroke.

She was just over a month shy of her ninetieth birthday.

Bacall first became a star in 1944 with her silver-screen debut, To Have and Have Not, delivering one of the most famous lines (at 2:53) in film history to the man who was 25 years her senior but who would become the great love of her life, the father of two of her children and whom she would outlive by nearly 50 years: 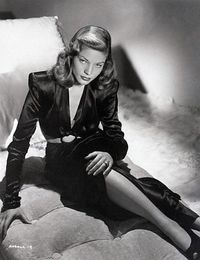 In a series of indelible classics—The Big Sleep (1946), Key Largo (1948), How to Marry a Millionaire (1953), Written on the Wind (1956), Designing Woman (1957)—Bacall became an icon of cool sensuality and sophistication, one with a razor-sharp tongue. She worked steadily but never to excess, preferring to do films and, later, TV and theater, that drew her in. She was only nominated once and never won a competitive Oscar [and indeed was the victim of perhaps the worst-ever case of bait-and-switch when she seemed destined to finally win for The Mirror Has Two Faces in 1996, only to lose unexpectedly to The English Patient's Juliette Binoche (b. March 9, 1964)], but was awarded one for life achievement in 2009 and won two Tonys, for Applause (1970) and Woman of the Year (1981). 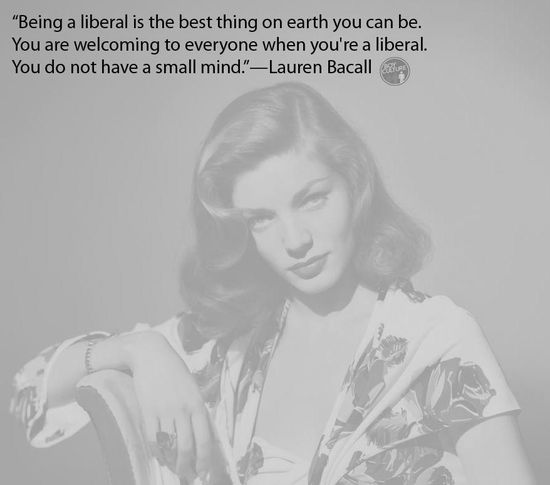 Bacall was an outspoken personality, not known for suffering fools, gladly or otherwise. She denounced the House Un-American Activities Committee during its Communist witch hunt at great personal risk to her career. 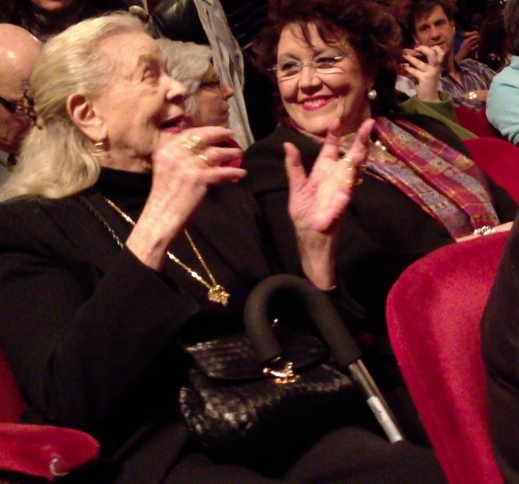 I was lucky enough to have seen Gore Vidal's The Best Man (2012) the same evening as Ms. Bacall, and was ballsy enough to approach her for a photo. I did not in a zillion years expect her to acquiesce, so my interaction with her was not disappointing!

...and finally, since I have so many Madonna fans on this site, the passing of Bacall means there are now no living stars name-checked in “Vogue” (released March 20, 1990).

The 16 stars are (listed in order they were mentioned, numbered from first to last to pass away): 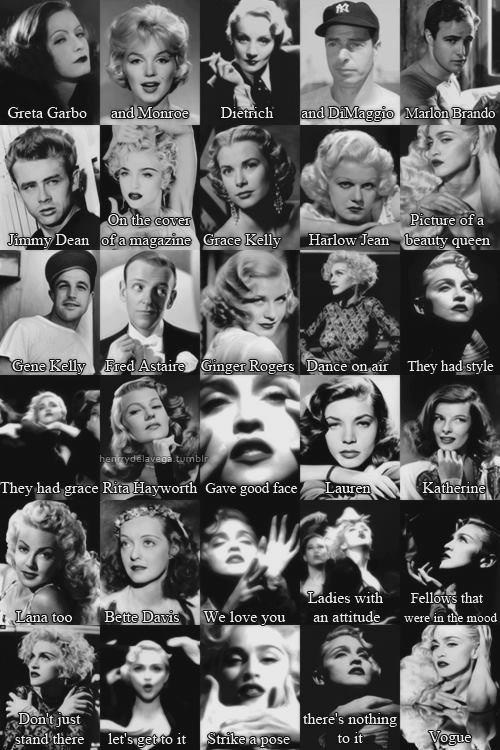 Stars #1—#7 died before the song was ever released, but stars #8—#16 all lived to hear it, potentially, though I wouldn't be surprised if Garbo didn't catch a pop tune released a month before her final exit. I'm not sure if I've heard of any of the stars commenting on the song...I'll dig into that in Encyclopedia Madonnica 2...which is possibly on the horizon.