In The Name Of Love: A Review Of PRIDE Comments (0) 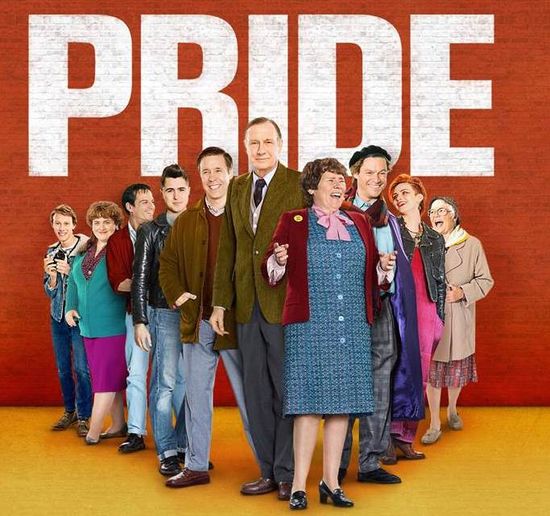 Pride is a rare gay film that isn't about sex and romantic entanglements.

Writer Stephen Beresford and director Matthew Warchus (1999's Simpatico with Nick Nolte, Jeff Bridges and Sharon Stone) have crafted the perfect '80s gay movie in 2014's Pride, which tells the feel-good-'n'-Socialist story of Great Britain's striking miners of the summer of '84 and the unlikely alliance between them and a group of gay activists.

The late Mark Ashton (L) and Ben Schnetzer (R), who ably brings him to life in Pride

In 1984, with miners on strike and being starved out by heartless right-wing PM Margaret Thatcher (her face in the film begs for boos), a grassroots group calling itself LGSM (Lesbians and Gays Support the Miners) decides to align itself with the cause of the miners, recognizing fellow underdogs. Their efforts are met with some resistance from the workers, who don't look too kindly on perverts and fairies, but they are ultimately welcomed and open minds even as they work to collect donations.

The action would have a major impact on gay rights in the UK, and it also makes for a completely charming (but never cloying) film about friendship, ideals and sticking your neck out. 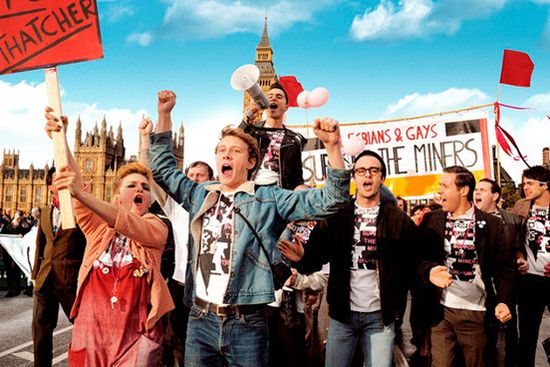 With a charismatic star turn by Ben Schnetzer as Mark Ashton (1961—February 11, 1987), the real-life Communist political activist who spearheaded the campaign that aligned gays with the

miners, and heartfelt supporting performances from George McKay (as a closeted wallflower who finds himself in the movement) and Faye Marsay (as the group's at-first sole lesbian), among others, the gay group is represented as a rag-tag but fiercely principled and clever lot putting principles above cruising and partying. Among their ranks is a sassy older queen (Dominic West, who performs a show-stopping dance) and his partner,  a sensitive bookstore owner (Andrew Scott) running from a family rift; this couple is the group's spiritual mom and pop. In real life, the sassy queen was the second person in England diagnosed with HIV. AIDS hangs over the film like a disaster everyone knows is coming, but no one is focusing on at the moment. 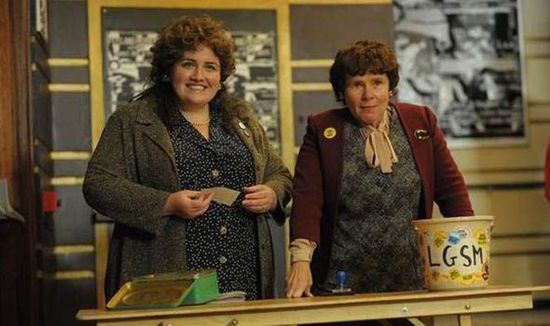 Two of the MVP women of Pride

The mining community is equally superbly drawn, boasting effortless, non-showy, yet still bravura performances from pros Imelda Staunton and Bill Nighy, and a dazzling supporting performance by an unforgettably styled Jessica Gunning as a miner's wife who would go on to become a member of Parliament. 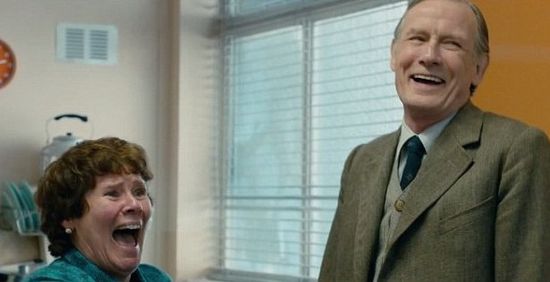 Pride is a movie with loads of laughs, plenty of tense moments, an amazing '80s soundtrack and a major history lesson for young gay people who may very well have no concept of the connection between the gay movement and other struggles for equality, whether for socio-economic fairness or women's rights.

But it's twice as enjoyable and affecting as it is political. Pride is nothing less than an instant gay classic.