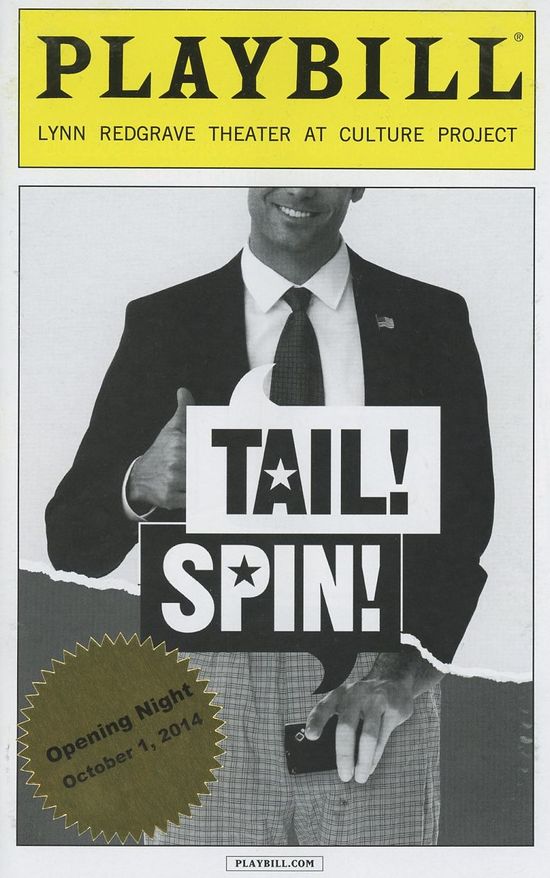 Had a great night at the opening of Tail! Spin! at the Lynn Redgrave Theater (45 Bleecker St., NYC). Comic VIPS (Robert Kline, Mo Rocca) and well-heeled voyeurs packed the house for Mario Correa's show, a clever, unflinching re-enactment of some of the most embarrasing sex scandals of recent years, using the actual words spoken by the high-profile politicos embroiled in them. 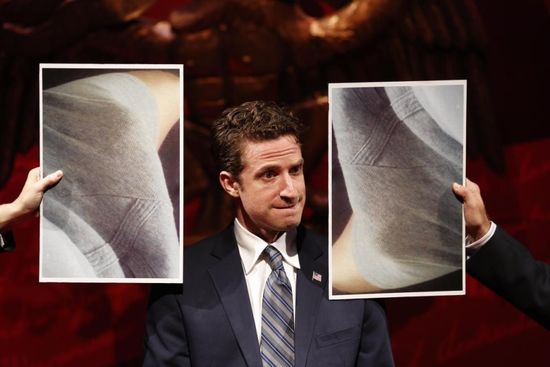 Nate Smith is the total package.

Far from a rote reading, the show is intricately stitched together to wring maximum laughs and insights from the damning words of the notorious, sort of the political version of what Lypsinka does.

Nate Smith nails ex-Rep. Anthony Weiner even harder than Sydney Leathers intended to, milking his abrasive style as well as his obsession with his own package. It's a part any man would love play. With.

Sean Dugan is hysterically literal as foot-tapping bathroom perv Sen. Larry Craig, and the staging is incredible, juxtaposing Craig's initial interrogation in the airport in which he was arrested with his later smarmy interrogation by Today's Matt Lauer—the signaling feet and fingers and the unintentional zingers all lead to almost too-easy fun at an old closet case's expense. (Craig could've been even more humiliated had the play made use of the interview that surfaced with a man who endured a dirty bang with the frisky senator in D.C. Remember?)

Tom Galantich is the perfect blend of annoying and self-unaware as South Carolina Gov. Mark Sanford, the idge who disappeared while in office to “hike the Appalachian Trail,” but who was really in South America schtupping his Argentinean galpal. Sanford's story is the least out-there, but is in some ways the most incredible, since he wound up winning election to the House after his outrageous, self-serving lies. 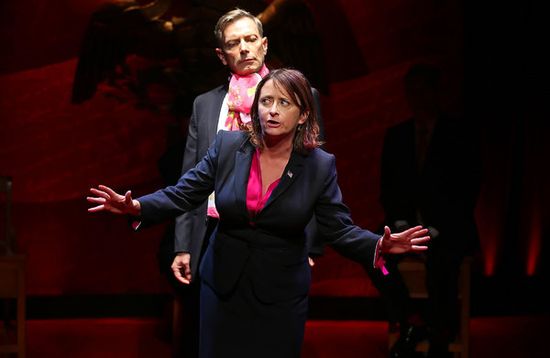 Standing by her men...and stealing scenes from them

But Rachel Dratch nearly steals the whole, (literally) fucking show, playing every female required, most memorabily as Sanford's no-B.S. campaign manager/wife, and in a surprise role at the very end that had the place roaring.

With tight direction by Dan Knechtges (Lysistrata Jones) and five hysterically pitch-perfect performances, this avalanche of words is anything but a dry recitation, even though it could be said that in each case, Tail! Spin! portrays exactly what happened.