The big Madonna auction from Julien's Live seems to have gone well. Madonna's “Material Girl” gown, which has been altered fairly dramatically since Madonna's wearing of it 30 years ago, went for $59,375, and many non-iconic, incidental sorts of pieces like belts and blouses went for ridiculously high prices. 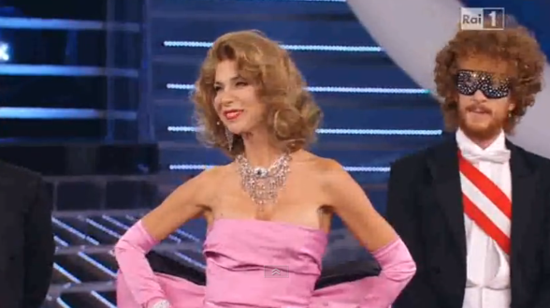 Veronica Maya made a boob of herself aping “Material Girl” on Italian TV last night...

Most surprising to me, the series of rather lovely Herb Ritts images (some never-seen, others seen, sold for 10 or more times their estimates. For example, a common shot of Madonna bending over, cupping her breasts, sold for $28,125—the image isn't worth a fraction of that, or shouldn't be. I don't get it? 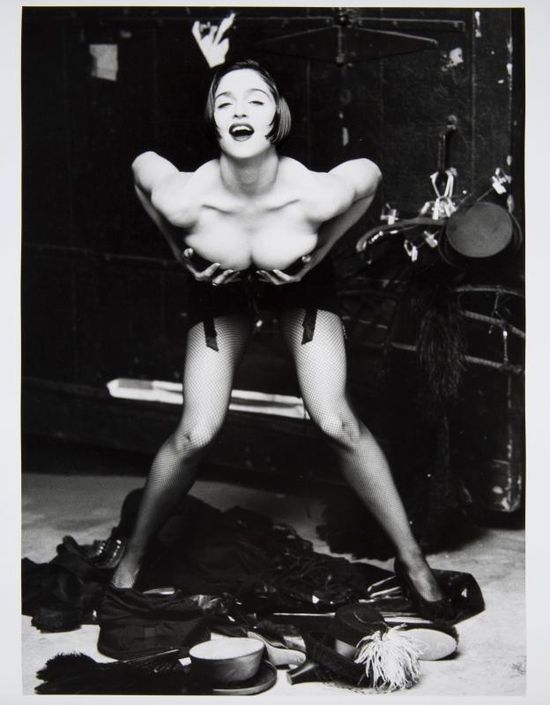 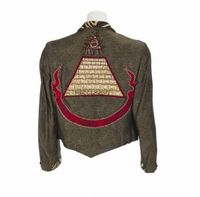 The other big-deal entries were Madonna's A League of Their Own uniform at $31,250, Who's That Girl Tour '50s-style dress at $50,000, her  Evita ball gown at $43,750, a Desperately Seeking Susan earring at $34,375, a Susan jacket (which has been shown to be Rosanna Arquette's, not Madonna's) at an insane, Marilyn Monroe-level $257,000 and Madonna's dress from her wedding to Sean Penn, which topped out at an exciting (but anti-climactic, considering the jacket's performance) $81,250.

Tell me again how Madonna is over.