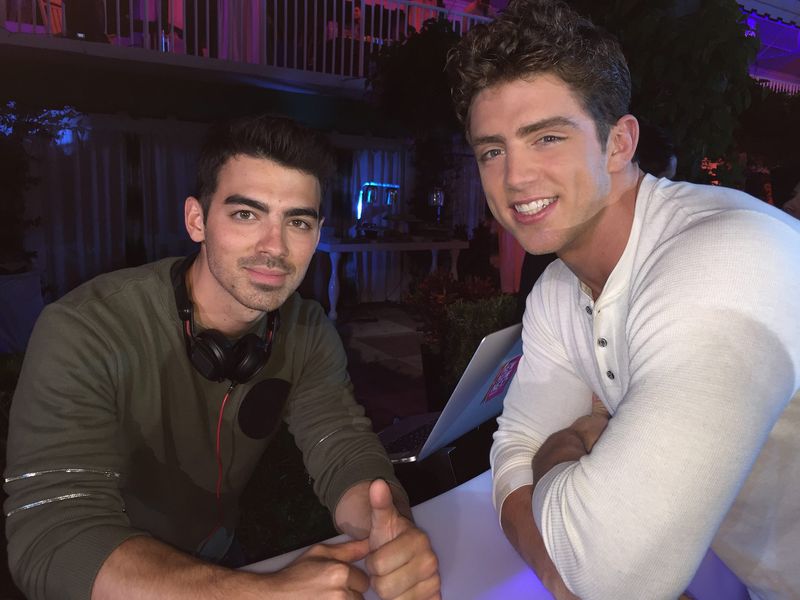 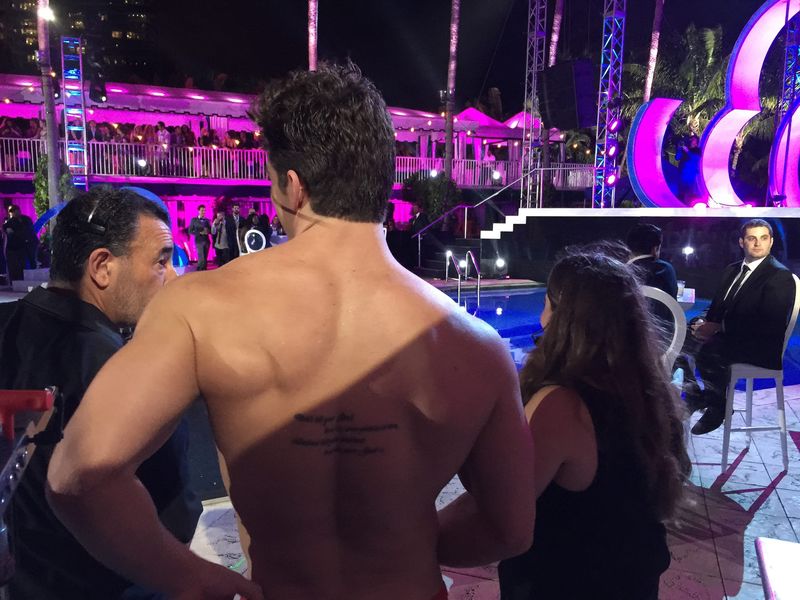 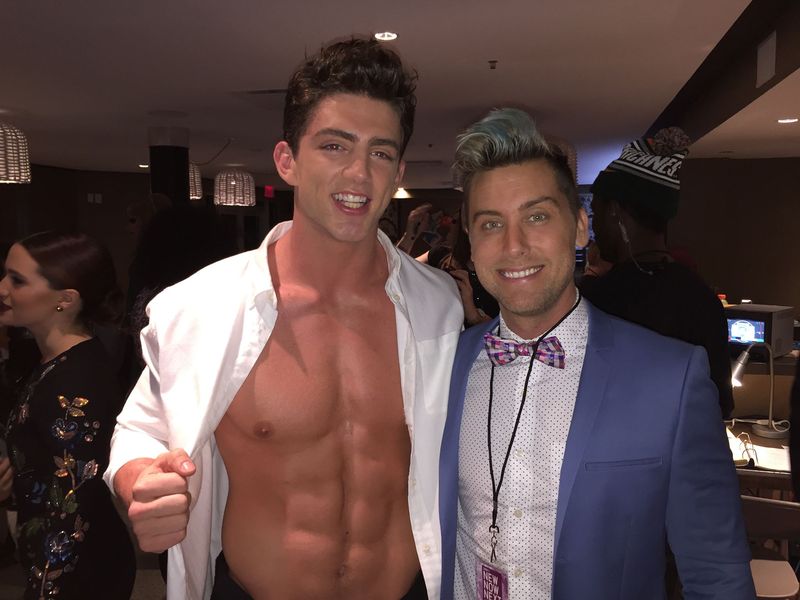 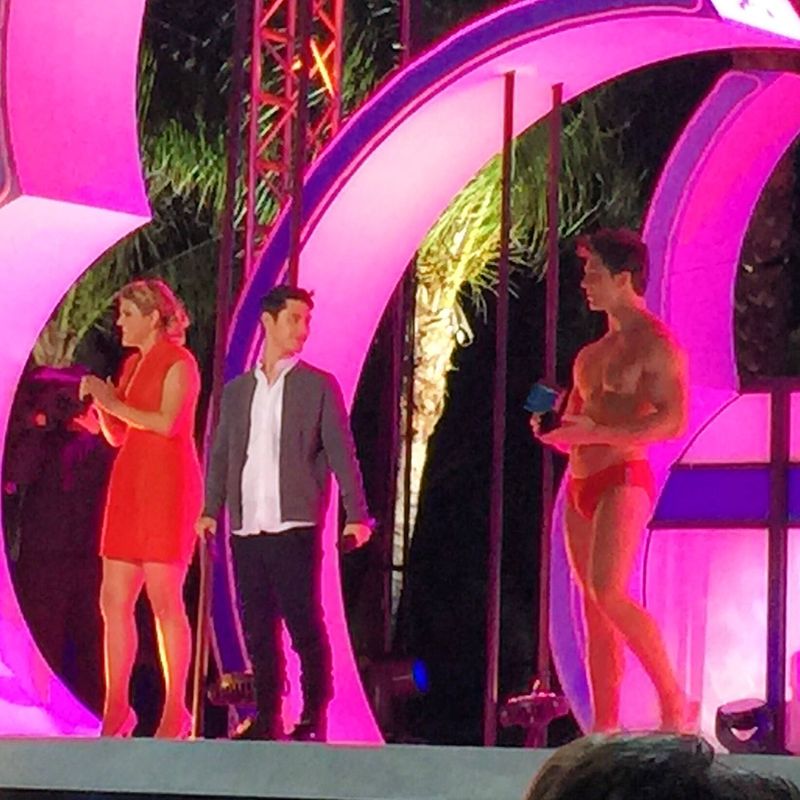 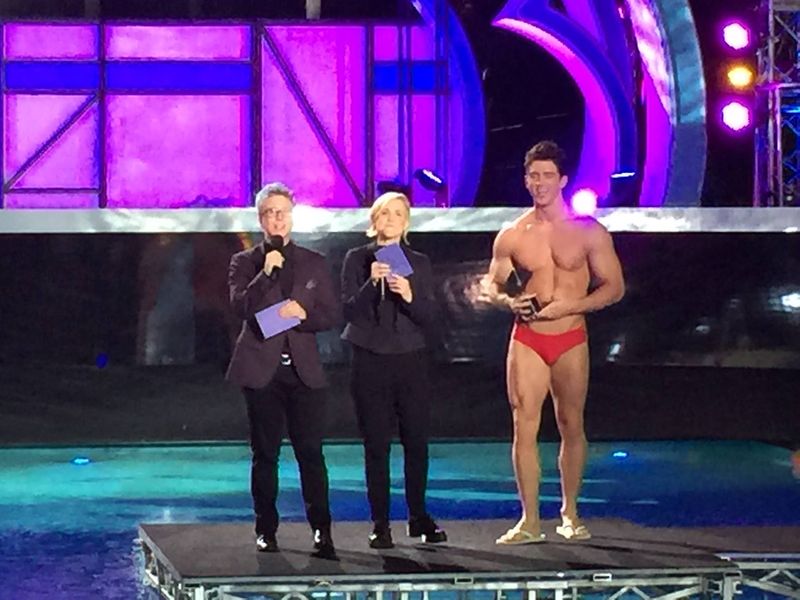 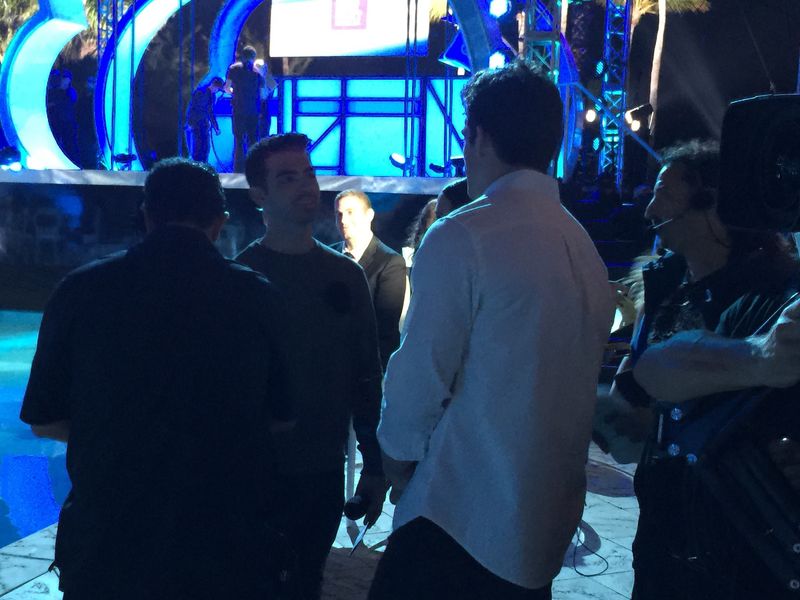 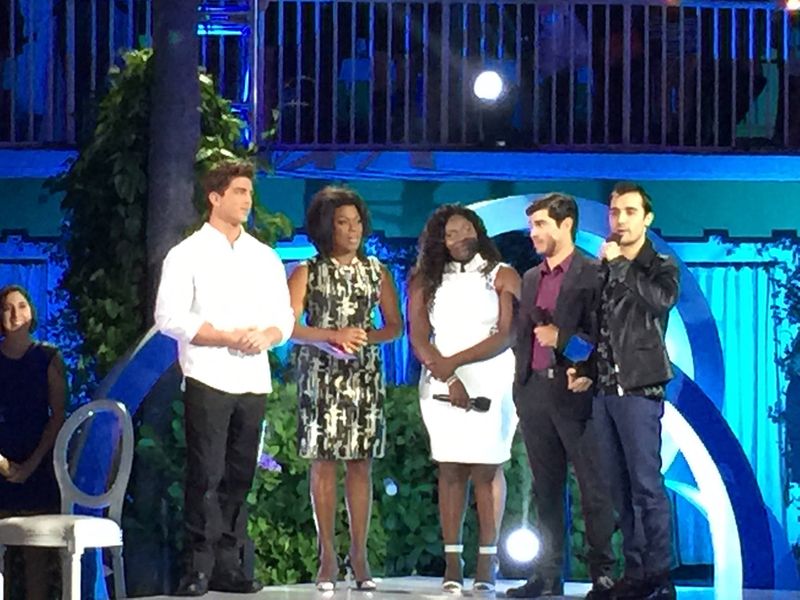 Darren Criss is the straight host of LOGO's gay NewNowNext Awards, airing December 7. Taped at Kimpton's Surfcomber in South Beath, the show will feature a performance by Kristin Chenoweth, Cyndi Lauper and Joe Jonas as DJ. 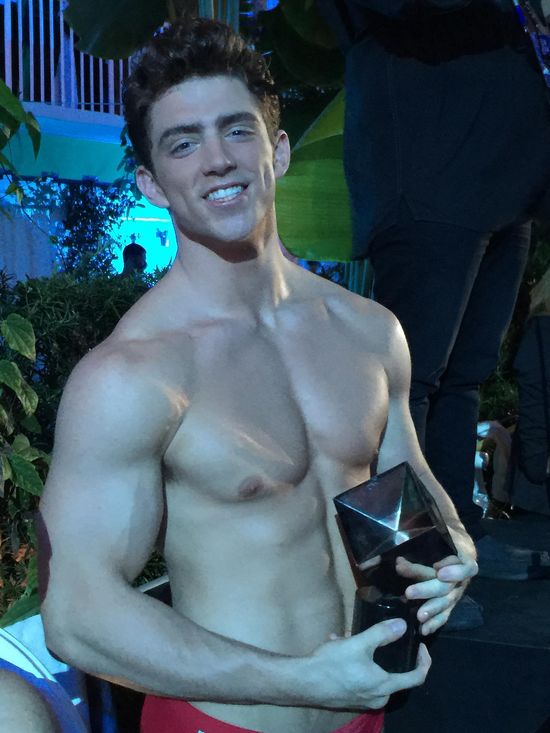 In the above gallery, check out some exclusive, behind-the-scenes photos of the show's sexy trophy presenter, Ellen's Nick the Gardener, aka Magic Mike XXL star Billy Reilich. 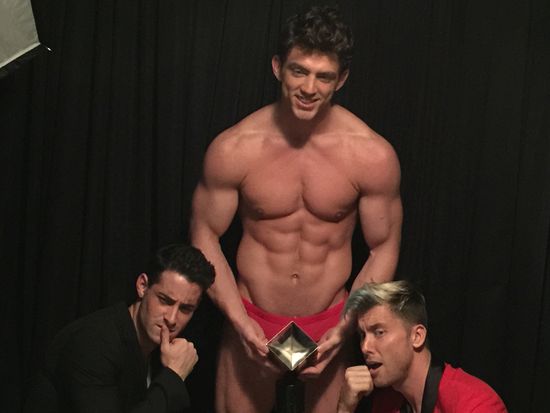 Just 'cuz he was handing stuff out, boys, that don't mean he's giving away everything.

By the looks of the above snap, Lance and his fiancé Michael Turchin seemed on the verge of asking Billy into their relationship! 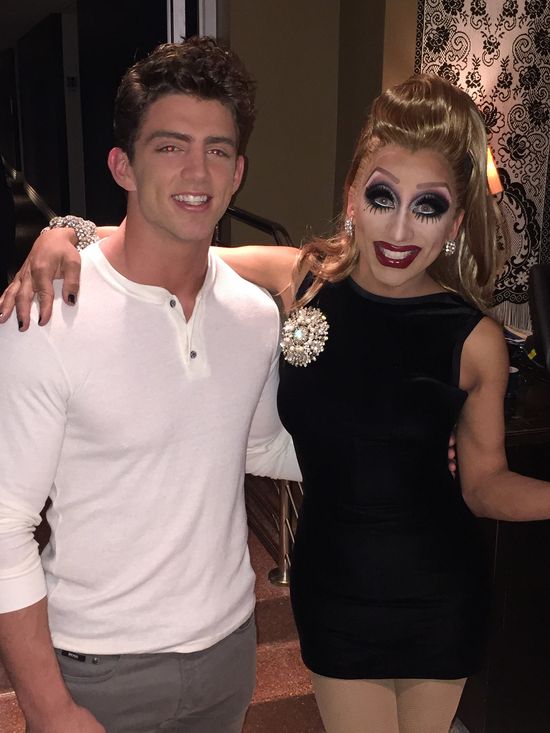 Bumping into Bianca at rehearsals

After the jump, check out Billy in his red Speedo from the forthcoming show...