Luise Rainer, the oldest living Oscar winner and the first person to win back-to-back acting Oscars, has died at 104, just a few weeks shy of her 105th birthday.

Rainer's role as Ziegfeld's wife in The Great Ziegfeld (1936) is noted for her amazing performance with a telephone (remember those?), while her performance the following year in The Good Earth remains an achingly modern, naturalistic portrayal, even in the face of the Austrian-accented actress playing a Chinese peasant. Rainer was the only Caucasian in the film to do without extensive “yellowface”; her work exposes her power as an actress while Paul Muni's is marred by ridiculous prosthetics. I suggest you watch this film if you haven't, and pay special attention to a scene where Rainer's character faces execution. 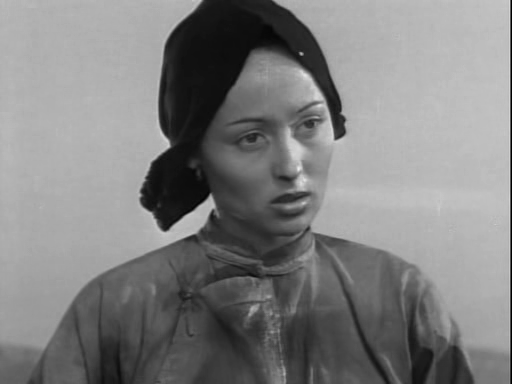 As O-lan in The Good Earth

After those two Oscar-winning roles, her career tapered off. She had virtually retired after 1954, with just four more (eclectic) acting gigs: on a 1965 episode of Combat!, an engagingly nostalgic role on The Love Boat (1984), in the 1991 TV film A Dancer, and in 1997's The Gambler—based on Dostoevsky's novel. 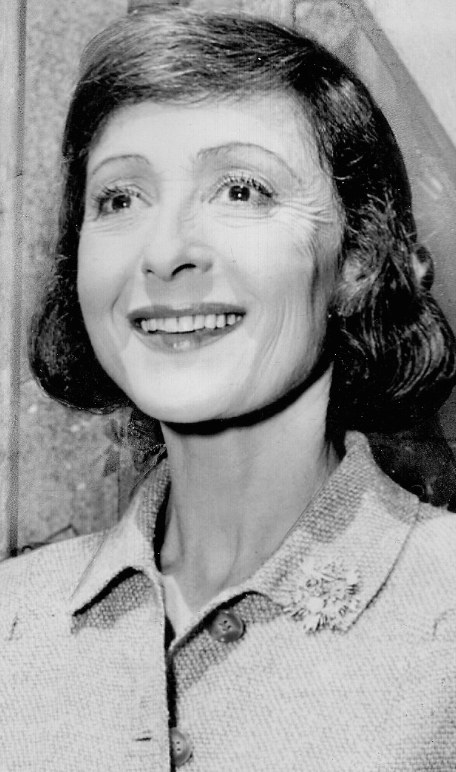 Rainer at the time of her appearance on Combat! 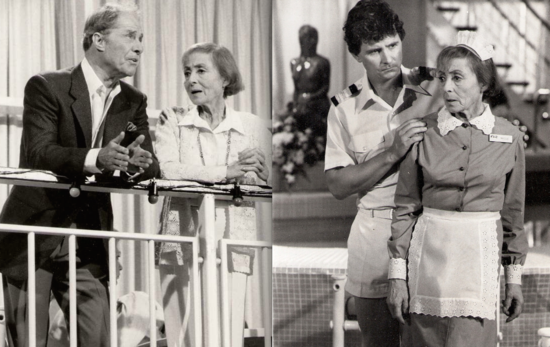 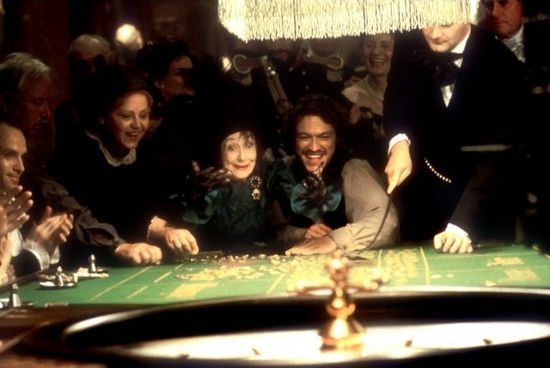 Playing a grandmother in her final film, The Gambler

Rainer, who at 100 was the oldest person to fill out Vanity Fair's Proust Questionnaire, was one of the world's longest-lived actors—ever.