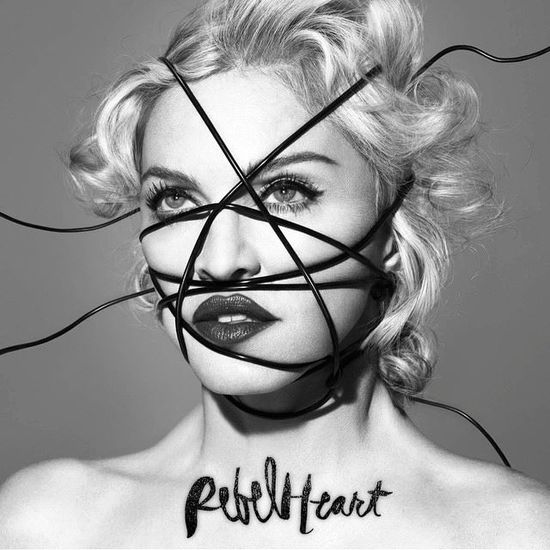 Madonna's next album is (almost) here: 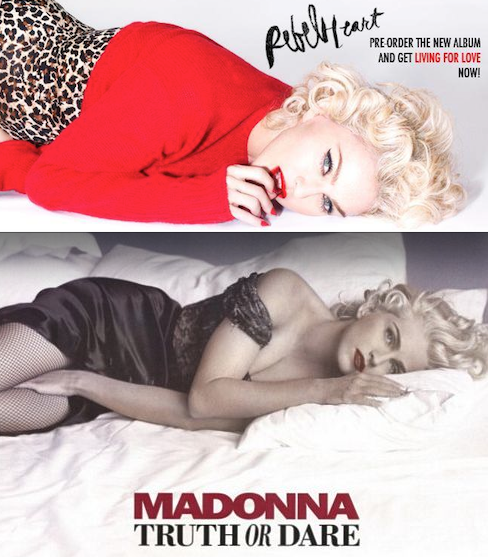 Madonna is harkening back to what was arguably her ultimate good year: 1991. Amazing shot!

Clearly, this is how Madonna's team has reacted to the unfortunate leaks. Thank God Kim Jong-un had no horse in this race. 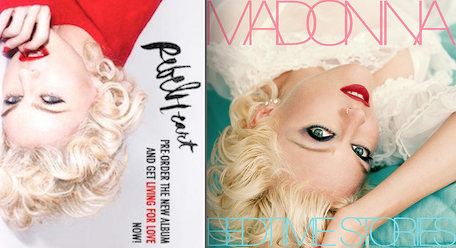 "I was hoping to release my new single 'Living For Love' on Valentine's Day with the rest of the album coming in the Spring. I would prefer my fans to hear completed versions of some of the songs instead of the incomplete tracks that are circulating. Please consider these six songs as an early Christmas gift.”

“Living for Love”: Immediately one of the most joyful songs in her catalogue, a pure house number with a sensational vocal. Very curious who the other singers are. A winner. No idea how it will play on radio, but it's a winner of a track.

“Devil Pray”: This is fucking gorgeous, and the chorus about all the pointless drugs one could do is super catchy. It's a song that works in Madonna's beloved themes of religion and prayer, but in a totally fresh way. I was having a conversation with a friend who was saying it sounded, from the demos, like Madonna was phoning it in again...I don't see how that argument can be made with work like this.

“Ghosttown”: Another crystal-clear vocal, and the song is not full of rage, it's full of hope. An irresistible sing-along quality.

“Unapologetic Bitch”: Here's that rumored reggae-flavored song. I do not like reggae, but you don't need to to like this. The chorus sounds different from any phrasing Madonna's ever done. Another great song. Love “when we did it/I'll admit it/wasn't satisfied.” The title seemed like this would be another tough-girl song, but while it has toughness, it's not an empty threat, it's relationship-based.

“Illuminati”: Complex and undulating club song with a clever new use of Madonna's vocal rap. I also love the fact that with all those countless crazies screaming their fool heads about Illuminati this, Illuminati that, Madonna's just taking the word—sure to explode some heads. I like the autotune. Not one of these songs sounds like an older artist straining to sound young, they sound like a supremely confident and connected artist at the top of her game. I mean compare this club sound to “Celebration”.

“Bitch I'm Madonna”: Probably my least favorite, but it's still a club banger. Forget about how good Madonna looks, it's more of a marvel how surely Madonna's voice has a picture in the attic. This track is effortlessly superior to MDNA's Minaj collaborations.