The One Where Mink Stole Is Your Secret Santa Comments (0) 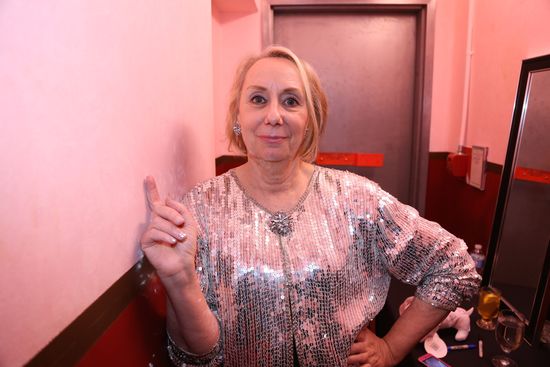 Mink is offended that some people still think she's a drag queen. “I've been nude on screen! Where would I put it?”

I needed a little Christmas right that very minute, so I grabbed my theater husband and hit OMG! It's Christmas!—it's a one-woman show dedicated to giving in to the holidays, and it stars John Waters regular Mink Stole. 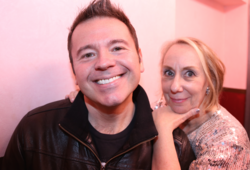 Stole, who looks great (she's 67 going on 45) sang a quirky selection of Christmas tunes, accompanied by a game band that included a very youthful Dylan Kaminkow, whose upright bass playing was downright adorable to watch as well as being ear candy.

She really had the crowd going with her erratic story-telling, which veered from alarmingly mainstream (Mink Stole has a crush on the Property Brothers???) to cackle-inducingly morbid (her take on “The Little Match Girl” was a scream) to cheerfully sacrilegious (to address any shock over her declaration that there is no God, she pointed out she couldn't have given Divine a fake handy with a rosary if she'd been a believer).