Anita Ekberg didn't become an acclaimed or versatile actress, but one thing she did was become a film icon thanks to one scene in Federico Fellini's (1920—1993) La Dolce Vita (1960)—her hedonistic dance in the Trevi Fountain is one of cinema's most enduring images.

Ekberg has died at 83 after a long illness; she broke her hip years ago (thanks to one of her playful dogs) and apparently never fully recovered. 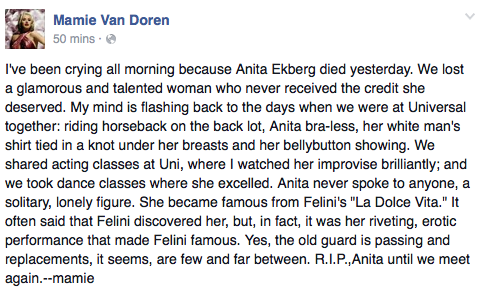